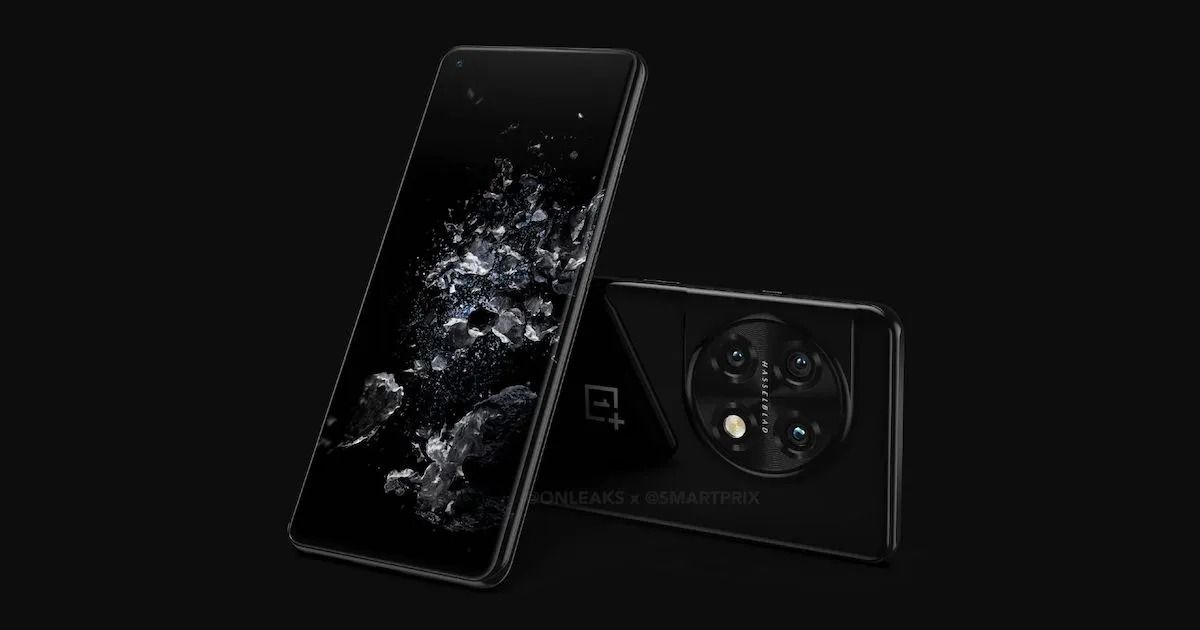 OnePlus has a bunch of products to offer during its upcoming February 7th Cloud Event, including the OnePlus 11 5G, OnePlus Buds Pro 2, its first-ever Keyboard, and the new OnePlus TV 65 Q2 Pro. That said, it looks like OnePlus might also take the wraps off its OnePlus 11R 5G smartphone on the same day. Amazon India, earlier today, pushed a notification prompt via its app, which says the OnePlus 11R 5G will also launch on February 7th, 7:30 PM in India, although the company is yet silent on the same.

As seen in the image above, the OnePlus 11R 5G is said to launch on February 7th. While the notification that we have received does not look like a typo made by the e-commerce website (notice the new quote, The Shape Of Power), there’s no way to tell whether the notification was sent out by mistake or whether the device will actually launch on the same day. For those unaware, OnePlus has already confirmed the launch of the four devices that we have mentioned above, but the OnePlus 11R 5G has so far been fairly limited to leaks, listings, and rumours. 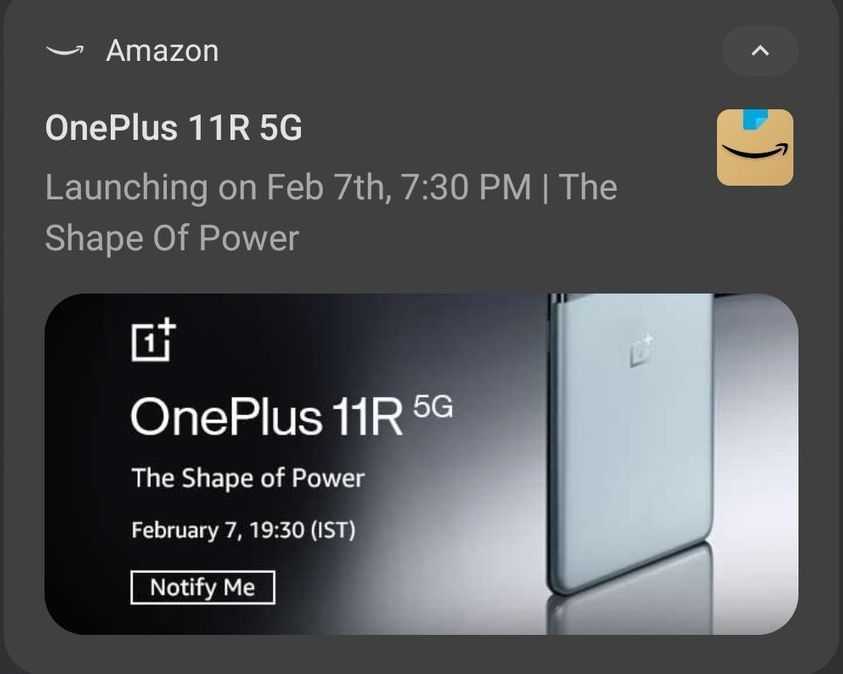 The OnePlus 11R 5G is expected to sport a 6.7-inch FHD+ AMOLED panel with a 120Hz refresh rate. Under the hood, the device is said to be powered by a Snapdragon 8+ Gen 1 processor, which will likely be paired with up to 16GB RAM and up to 512GB storage. In terms of OS, the device will run the latest Android 13-based OxygenOS 13 out of the box.

As far as cameras are concerned, the OnePlus 11R 5G is tipped to offer a 50MP + 12MP + 2MP triple rear camera setup and a 16MP selfie snapper. Lastly, the device will reportedly feature a 5,000mAh battery with 100W fast charging support.