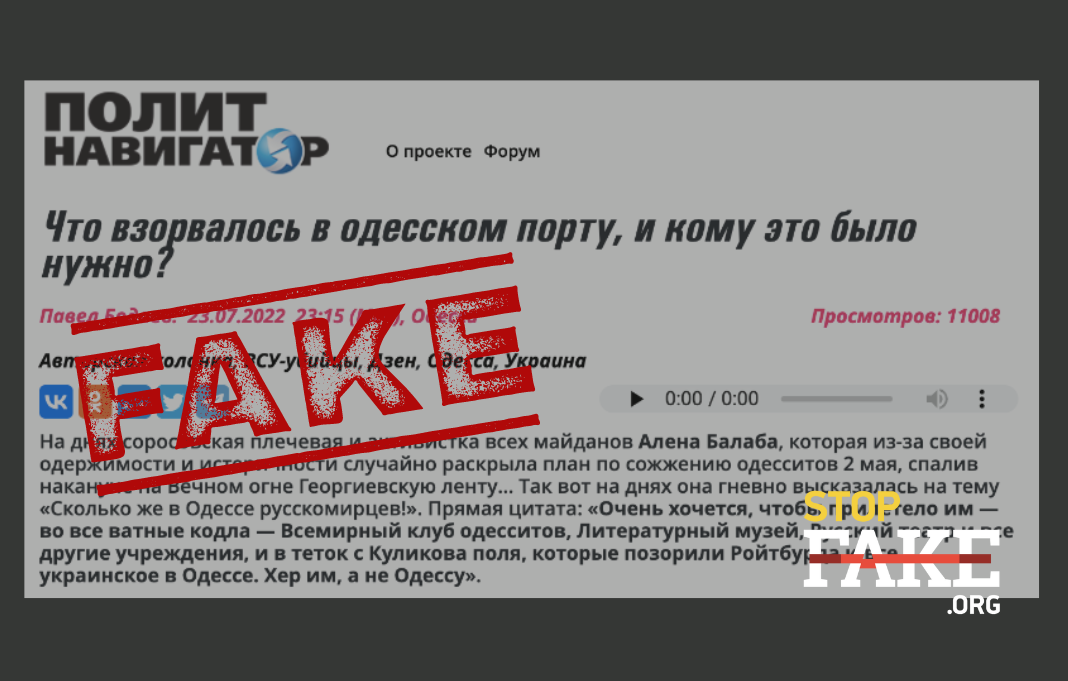 On July 24th Russia’s Defense Ministry confirmed that Odesa was shelled by Russian armed forces. The information that a warehouse was hit with Harpoon missiles is likely untrue. The Ukrainian Military’s press office said that Russian Kalibr cruise missiles damaged a pumping station. The types of explosions that rocked the port of Odesa do not indicate that an ammunition depot was struck. The United Nations Secretary-General António Guterres explicitly condemned the strikes on the port. This attack took place less than 24 hours after  Russia signed an agreement freeing up grain export from Ukrainian ports.

On July 22 in Istanbul an agreement lifting the Russian blockade of Ukrainian ports Odesa, Chornomorsk and Pivdennyi was signed between Ukraine, Turkey, the UN, Russia. One of the agreement clauses forbids attacking ports used to export grain. However, less than 24 hours after signing the agreement, Russian forces fired four  Kalibr missiles at Odesa. Ukraine’s Armed Forces Operational Command Pivden (South) reports that two missiles were shot down by Ukrainian air defenses, while others struck the infrastructure objects of the sea port.

Although the missile strike on the Odesa was carried out on July 23 at 11:10 a.m. Russian officials did not comment on the event until the morning of the following day, July 24. Russian Foreign Ministry spokeswoman Maria Zakharova claimed that the Kalibr missiles destroyed a Ukrainian military boat. A day later, the Russian Ministry of Defense also reported that a “Ukrainian warship and a warehouse with Harpoon missiles were destroyed in the Odesa Sea Port on the territory of the shipyard”. It should be noted that even on the evening of July 23, Russian pro-government propagandist and State Duma deputy Yevgeniy Popov also admitted on the Newshour broadcast that Odesa was struck by Russian missiles, which allegedly targeted Ukrainian missile systems.

The Armed Forces of Ukraine deny the claims of the Russian authorities about the strike’s military targets. The Ukrainian Air Defense Forces spokesman Yuriy Ihnat said that the Russian military struck the part of the port infrastructure where grain was stored. “In the context of what is happening today with Ukrainian grain — the strike targeted exactly where grain was stored. So we see what agreements with an aggressor country are worth,” – Yuriy Ihnat said.

During a press conference Ukrainian Defense Forces South press office coordinator Nataliya Humeniuk said that a fire broke out in the port because of the missile strike, and the shock wave damaged nearby houses. According to Humeniuk, the grain storage silos were not hit.

”It is obvious that the enemy’s target was the port of Odesa. Four Kalibr missiles were fired in this direction. Two of them were shot down by the air defense forces, two hit the infrastructure facilities of the port itself. As of now, no one was injured. There was no significant damage to the port infrastructure, but there was a hit to the pumping station,” Humeniuk said.

The missile explosion in Odesa was captured on numerous videos, and the footage calls into question Russian Defense Ministry claims about the destruction of a Harpoon missile storage facility. In a comment for StopFake, a Ukrainian soldier pointed out that if the Kalibr missiles had really hit the ammunition storage hangar, then the missiles would have detonated. However, this is not visible in the video footage.

In the interval between the missile strike and Maria Zakharova’s official comment, Russian propaganda actively spread misinformation that the attack on Odesa was allegedly another provocation by the Armed Forces of Ukraine.

Russian news site, as well as pro-Russian blogs actively spread disinformation claiming that Ukrainian Armed Forces allegedly deliberately struck the port of Odesa, because the signed grain delivery agreement does not benefit Ukraine: “this agreement allows Ukraine to export grain, but does not allow NATO military ships to enter the Black Sea”. Thus Ukraine, having carried out an attack on Odesa, allegedly made a desperate attempt to discredit Russia. Some social media users even claimed that the Ukrainian military hit Odesa with the HIMARS rocket launcher previously transferred from the United States.

At the same time, Kremlin controlled media such as TASS, RT, RIA Novosti practically ignored the topic of the Odesa missile strike. Only a few media outlets wrote about the explosions in the port, referring to social media publications about the attack.

Nevertheless, on the evening of July 23, the state agency TASS claimed that the head of the Turkish Ministry of Defense allegedly stated that Russia had nothing to do with the shelling of Odesa. The propagandists referred to a message on Hulusi Akar’s official Twitter account.

This information is true. Moreover, this manipulative TASS publication proves that as of July 23d, in a dialogue with its partners, Russia denied its involvement in the Odesa attacks.

In an official message on the website of the Turkish Ministry of Defense, a video and a comment by the Defense Minister Hulusi Akar regarding the strikes on Odesa were published. Minister Akar stated: “In the contact we made with Russia, the Russians told us that they had absolutely nothing to do with this attack and that they were inspecting the issue very closely and in detail.”

The Turkish Defense Minister only voiced the position of the Russian side. He did not claim that Russia did not attack the Port in Odesa.

In addition to this manipulative message, the news that the UN allegedly believes that “technically” the Russian Federation did not violate the grain agreements signed in Istanbul with the missile attack on Odesa made the rounds on social media. This was reported by Russian and some Ukrainian media outlets, which  referenced an article in The New York Times.

Indeed, in its publication, The New York Times cites the opinion of one of the unnamed “senior officials” of the UN, according to which Russia’s missile attack Odesa may not “technically violate” the signed agreements, since they do not require refraining from strikes on those parts of Ukrainian ports that are not directly used for grain export.

Ukraine’s Foreign Ministry stated that the New York Times article launched a “provocative narrative”. “First of all, it contradicts the statement of UN Secretary-General António Guterres, who unconditionally condemned the Odesa shelling. Secondly, the international community was also unanimous, which clearly points to Russia’s violation of its obligations within the framework of ensuring the safe functioning of the port infrastructure for the export of grain”, the Ukrainian Foreign Ministry spokesman Oleh Nikolenko wrote on his Facebook page.

Earlier, the office of António Guterres said that the UN Secretary-General “unequivocally condemns” the strikes on the port. “All parties made clear commitments on the global stage to ensure the safe movement of Ukrainian grain and related products to global markets. These products are desperately needed to address the global food crisis and ease the suffering of millions of people in need around the globe. Full implementation by the Russian Federation, Ukraine and Turkey is imperative”, the office said in a statement.

In relation to the New York Times publication, the Ministry of Foreign Affairs of Ukraine appealed to the UN for clarification. “We have been assured today that an off-the-record comment by an ‘unnamed source’ to The New York Times does not reflect the position of the United Nations. Only the statement of Secretary-General Guterres reflects the position of the organization,“ said Ukrainian Foreign Ministry spokesman Oleh Nikolenko. 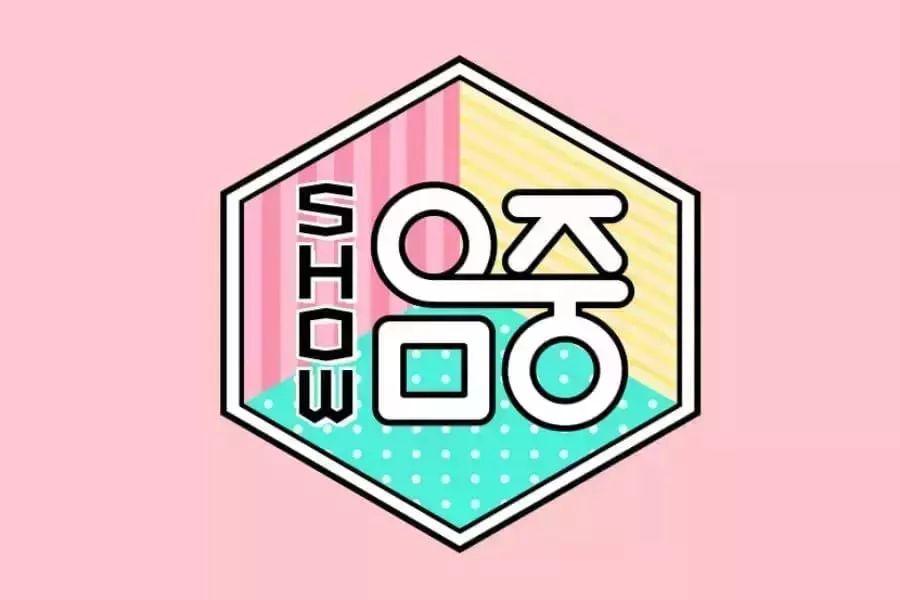