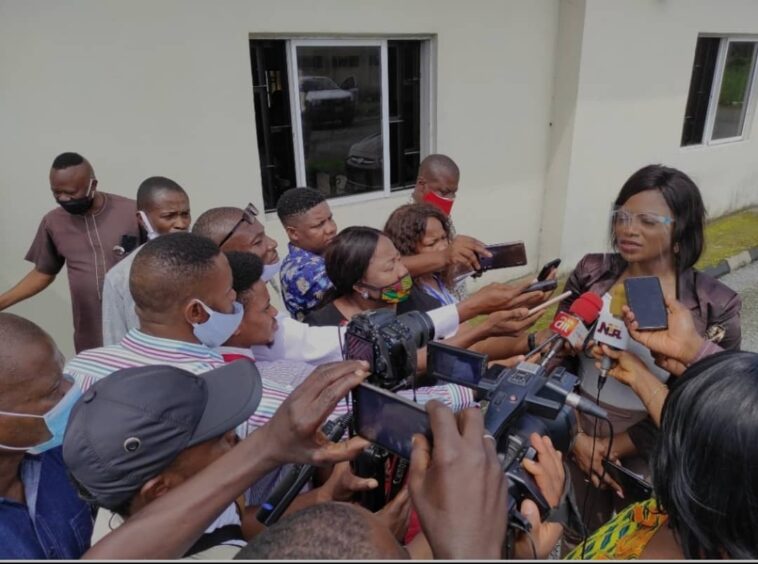 The Director General of Cross River State Primary Healthcare Development Agency, Dr Janet Ekpenyong, has debunked rumour of active cases of Monkey Pox in the state as reported by some online media platforms.

The DG who spoke on a telephone interview said so far there was no active case of Monkey Pox in any of  the 18 Local Government Areas of the state, noting that the state government was committed to the detection and management of related cases with a well constituted health awareness and sensitization team as well as rapid surveillance team on ground to savage any pandemic.

She urged residents in the state not to panic for any reason, noting that the health authority was strongly working on preventive medical approach, and therefore advised residents to comply with medical advises given to them by the health team.

“Cross River State has always been a state with proactive approaches to outbreak responses, from the onset, we try to activate immediate search and border control measures as it can be traced as far as the Poliomyelitis control, COVID-19, Lassa Fever where almost all of our neighbouring states recorded substantial number of cases and that will continue to be our approach to safeguard our people.
As of today May 16th 2022, there’s no active case of monkey pox in Cross River State, we have tried every avenue to ensure that the state manage every symptoms of monkey pox especially in those Local Government Areas where we have recorded cases in the last few months, we have intensified surveillance  as we actively search for people who visit our health facilities with similar symptoms and those reported by their relatives.

“We only had two  cases in February which were well managed by the state government, we also traced those they had one on one contact with so that we can be assured of a pandemic free state.

“Not withstanding, we won’t relent in our efforts to prevent the spread of the disease since we are aware of how transmittable it can be with a lot of people coming into Cross River from states where there are active cases even in the month of May.

“We are working with  our partners like  world health organization,  UNICEF  and others who have always supported us in surveillance activities, periodic  training of our health workers on how to identify and differentiate phenomenal symptoms of these prevalent diseases as we don’t limit our focus to Monkey pox alone.

“We are also aware of the purported Cholerae outbreak as predicted in the state especially this raining season,  we have are relying on our  health  promotion unit,  the social mobilization team, the media and other relevant stakeholders to  enhance sensitization so that people will adopt preventive measures and approaches to prevent it.

“I urge us to maintain good personal and environmental hygiene in order to assist Government in Fighting these diseases as I encourage us all to report any suspected cases to the health Facility closest to them for rapid response, investigation and possible management”.

Monkey Pox is caused by bites from animals or direct contacts with rodents like rats, rabbits or contaminated foodstuffs from these animals and it is easily transmittable from human to human.

Later symptoms occur one to three days or more after the appearance of fever, which include a rash with raised bumps, often first developing on the face.