Kanu’s family accused the Foreign, Commonwealth and Development Office of abdication of its responsibility to acknowledge and respond to Kanu’s extraordinary rendition.


The law firm representing the family, Bindmans LLP, sent a pre-action letter to the Foreign Secretary, challenging her for not having acknowledged that Kanu who possesses UK citizenship has been subjected to extraordinary rendition, illegal detention and torture in Nigeria.

The family’s Counsel, Shirin Marker, in a suit, wants the court to lawfully determine what further steps the UK Government should be taking to assist Kanu based on the gross violation of his human rights.

A statement by Marker quoted by Vanguard stated that the legal action against the Foreign Secretary was meant to secure justice for Kanu.

“The case raises important points of principle, not only in relation to extraordinary rendition but on the legal duties the UK has when its citizens’ human rights are abused abroad,” the family lawyer stated.

Since Kanu was renditioned from Kenya in 2021, the British High Commission officials have been allowed access to the IPOB leader two times.

The family legal representative in the suit instituted against the UK Foreign Secretary said that there was compelling evidence which proved that Kanu was renditioned.

The law firm also said that neither Nigeria nor Kenya has provided any credible evidence to counter the rendition claim.

The law firm contended that, “The right to liberty and security of the person, and freedom from arbitrary arrest or detention has been described by the United Nations as ‘deeply entrenched human rights norms’.

“Extraordinary rendition is a fundamental contravention of these principles and a serious breach of international law.

“The English courts have considered the question of the UK’s obligations to British citizens who have been extraordinarily rendered in the case of Abbasi v Secretary of State for Foreign and Commonwealth Affairs [2002] EWCA Civ 1598. There, the Court of Appeal stressed that in order to properly consider whether to make diplomatic representations or take more serious action to protect a British citizen’s interests, the Foreign Secretary must start by reaching a clear view on whether its citizen has suffered a ‘denial of justice’ as a result of a violation of their rights and freedoms as guaranteed by international law.

“In Mr Kanu’s case, the Foreign Secretary has been unwilling to reach a view on whether he has been subject to extraordinary rendition, in spite of evidence submitted to her officials over the ten months that have passed since he was taken to Nigeria. 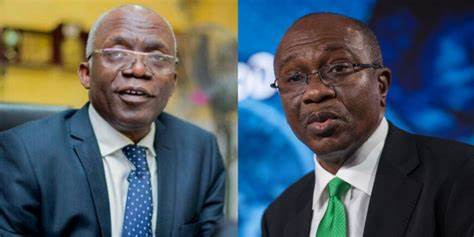