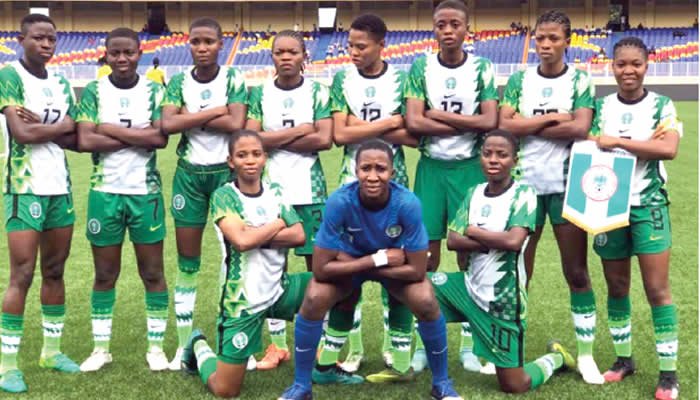 Nigeria’s national under-17 women team were on Friday drawn in Group B of this year’s FIFA Under-17 Women’s World Cup finals in India.

The Flamingos were drawn alongside women’s football powerhouse Germany, Chile and New Zealand. The draw ceremony was held at the home of FIFA in Zurich, Switzerland.

Hosts India are in Group A with powerhouses U.S. and Brazil, as well as African representatives Morocco. Cup holders Spain, Colombia, Mexico and China make up Group C, while Group D has Japan, Tanzania, Canada and France.

India and the U.S. will kick off the tournament officially inside the Kalinga Stadium, Bhubaneswar at 8:00 p.m. India time on October 11.

The Flamingos, who missed the last tournament in Uruguay in 2018, will have a great reintegration party as they confront Germany at 8:00 p.m. India time on October 11.

The match which will be held at the same time as the opening match will hold at the Pandit Jawaharlal Nehru Stadium in Goa.

The tournament will have the top two teams from the four groups going through to the quarter-finals.

The Flamingos, who qualified for the tournament without conceding a goal in six matches, are making their sixth appearance at the event. They will seek to navigate the group if they are to win the competition for the first time.

Sixteen teams, including hosts India, are participating in the event. The 2022 FIFA U-17 Women’s World Cup will begin on October 11 and end on October 30.