Following a meeting between Adam Silver and Kyrie Irving this week … the NBA commissioner now says he has “no doubt” that the Nets star is not antisemitic.

The Association’s honcho and the controversial Brooklyn point guard caught up on Tuesday … and while Silver declined to get into the specifics of their chat during an interview with the New York Times on Thursday … he did say he came away from the meeting sure that Irving was not full of hate.

“He’s someone I’ve known for a decade,” Silver told the outlet, “and I’ve never heard an antisemitic word from him or, frankly, hate directed at any group.”

Silver requested the meeting with Irving after the basketball player had tweeted out a link to “Hebrew to Negroes: Wake Up Black America!” — a film filled with antisemitic tropes.

The commish had called Irving’s decision to press send “reckless” … while blasting him for his refusal to immediately apologize. Irving was eventually hit with an indefinite ban from the Nets — and ultimately said he was sorry.

Silver admitted the league and the Nets should have acted sooner regarding a suspension for Irving over it all … telling the NYT, “We may have been able to get there faster. I accept that criticism.”

But, he did say he believed both the Nets and the league got the suspension right in the end.

Irving is eligible to come off the ban later this week — though it’s unclear if that will actually happen … as Brooklyn has imposed a myriad of conditions the 30-year-old must meet in order to return to the floor. 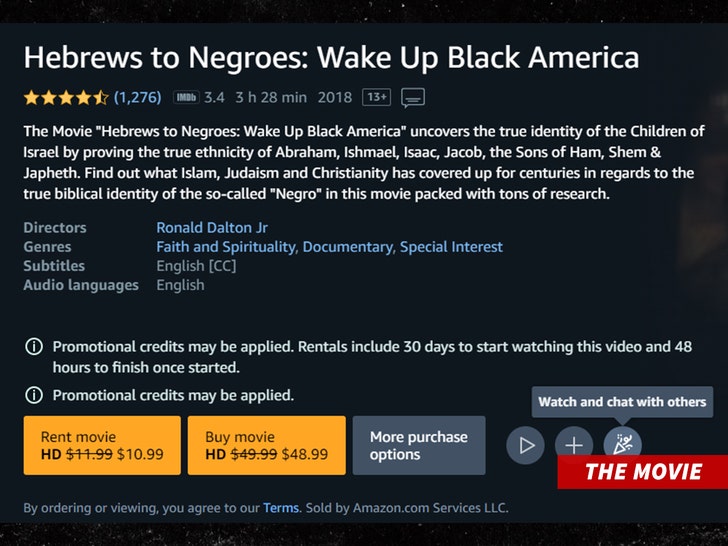 Silver also took aim at Amazon during his talk with the NY Times … clearly believing the film Irving tweeted out shouldn’t have a place in the org.’s marketplace.

For its part, Amazon has not yet removed the film … and has not commented on the situation.