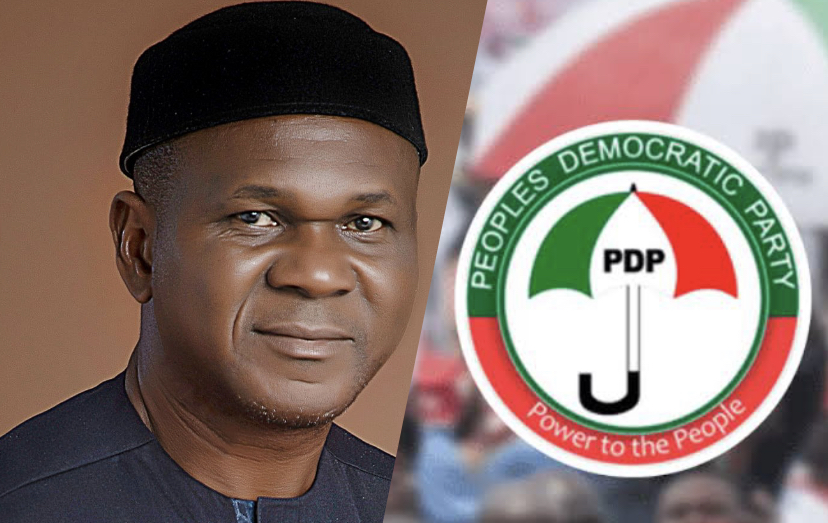 Tochukwu Okorie, the embattled chairman of the Peoples Democratic Party (PDP) Ebonyi chapter has described his alleged suspension by members of the State Executive Committee (SEC) as a joke.

Mr Okorie, at a press briefing on Tuesday in Abakaliki, noted that the allegation of financial impropriety levelled against him by the “dissident” SEC members was libellous adding that he had briefed his lawyers on the matter.

“I cannot be accused of any financial misappropriation because I legitimately did what I had to do as the chairman of the party for the party to move forward,” he insisted.

The party leader urged PDP faithful, supporters and the public to ignore the purported suspension and alleged financial impropriety made against him.

“The allegations of financial impropriety against my person is libellous, a huge joke and I have briefed my solicitors accordingly,” said the Ebonyi PDP chair.

Mr Okorie was suspended by the SEC members in an emergency meeting held on July 4 presided over by Ifeanyi Nworie, the deputy chairman, for misappropriating N55 million party fund.

Mr Okorie, while reacting to the alleged suspension and financial misappropriation, noted that N50 million was withdrawn by Silas Onu when he was removed briefly in office by the Abakaliki Division of the Federal High Court on April 13.

According to him, while the appeal was pending in Court of Appeal, and in disregard to a letter to the management of the Access Bank advising against having any financial dealing with Mr Onu, recognised by a federal high court judgment as chairman.

“Before I left, I got briefed of what was about to happen and my lawyers immediately sent a caveat, in other words a pre-warning to Access bank telling the bank that there should be no dealing in that account whatsoever way either by me or anyone else,” Mr Okorie explained.

He added, “Because there was a pending case, any matter of PDP is sub judice and the letter was sent and duly acknowledged, but not withstanding the letter, Onu by hook or by crook gained access to the fund. By the Appeal Court ruling of May 24, Mr Silas Onu was never a chairman of the PDP in Ebonyi and has no right to access the party’s fund.”

Mr Okorie claimed that SEC received a memo for the ratification of the suspension of certain SEC members over alleged infractions and that the memo was based on the decision of the SEC following a petition brought by Reuben Okuri of Akaezeukwu ward.

“The above-named persons are accused of infractions as outlined in Section 58 (1) of the Constitution of the PDP 2017 as amended,” noted Mr Okorie. “The petitioner had also attached a sworn affidavit in support of his petition. SEC unanimously approved and ratified the suspension for the period of one month as presented in the memo.”