07/24/2022 Mozambique (International Christian Concern) – As Mozambique continues the “war on terror” that it has been fighting since 2017 against Islamic militants belonging to the ISIS-affiliated group al-Shabaab, women and children are often caught in the crossfire.

The conflict, while complicated, seems to stem from both rising extremism and violence from al-Shabaab, and also insurgency from those concerned about corruption in the country. As a result, the conflict has spread across the entire nation, harming hundreds of thousands of citizens in the process, the most vulnerable of which are women and children.

While Mozambique is technically a majority-Christian country, the northern province of Cabo Delgado, where much of the conflict takes place, is a mostly Muslim region. Christianity Today reported that, in this region alone, around 300 Christians have been killed for their faith and there have been over 100 attacks on churches in the area.

David Curry, a spokesman for Open Doors USA, reported on the conflict, saying, “This isn’t one or two different attacks—this is a series of attacks, and it’s all around. ISIS is trying to get a foothold in this northern region of Mozambique. It’s complicated, of course, with all the different political stuff… but the gist of it is that Christians are really in the danger zone because the Islamic State group there has an ideology which justifies these attacks.”

Johan Viljoen, the director of the Southern African Catholic Bishops’ Conference, also reported on the situation in Mozambique, describing the trauma experienced by women and children who are caught in the conflict. Very often, women and children in Mozambique, especially in war-torn Cabo Delgado, face sexual exploitation as the security situation across country remains volatile.

Viljoen says, “It is prevalent. Since 2020 we have been receiving reports of women and children from whom sex was demanded in exchange for food rations. There have also been numerous reports of children being recruited by insurgents to fight. These reports have been regularly contained in reports by Human Rights Watch and Amnesty International.”

Christianity Today added further evidence to this, stating that the al-Shabaab insurgency targets children, often pushing boys from a young age to become child soldiers and young girls to become child brides, adding that al-Shabaab kills those “who do not comply.”

According to the director of Catholic news site Aciafrica, over 50,000 people have been displaced, with 35,000 of them under the age of 18. Many of the children are recruited into being child soldiers and child prostitutes.

Viljoen responded to this report, stating that the children “will be scarred for life. They will have extensive emotional and mental damage. This is likely to last for life, as there are almost no mental health facilities in Cabo Delgado.”

Viljoen also reported that Mozambique’s Attorney General, Elda Homo, recognized the issue but criticized the press for not reporting on the problem. Viljoen’s stated that, “the journalists responded by saying that they could only report if the government allowed them access to IDP camps.”

The United Nations has announced an investigation into the crimes against children in the Cabo Delgado region of Mozambique as well as in Ukraine and Ethiopia.

The United States announced on July 20 that they will give $116 million in aid to Mozambique in response to its ongoing conflict.

Please pray for the ongoing conflict in Mozambique and the vulnerable women and children who are being exploited. 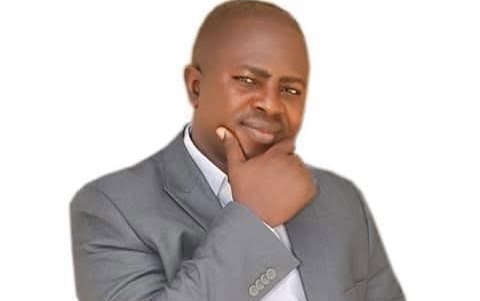