Do the deaths really enjoy what they are being buried with? If they do, some people will be living like kings afterlife on earth and many will want to die rich.

THE PARADISE has learned from a video that has gone viral online about a dead man who was given a befitting burial by his family.

Though the location and time are still uncertain but the video shows that the burial happened in Africa, maybe Nigeria.

In the video, the aged deceased was placed in a house-like gasket with a DSTV dish on top and was paraded by heavy muscle men who danced round the compound as the villagers watch in amazement.

See photos below and watch the video above… 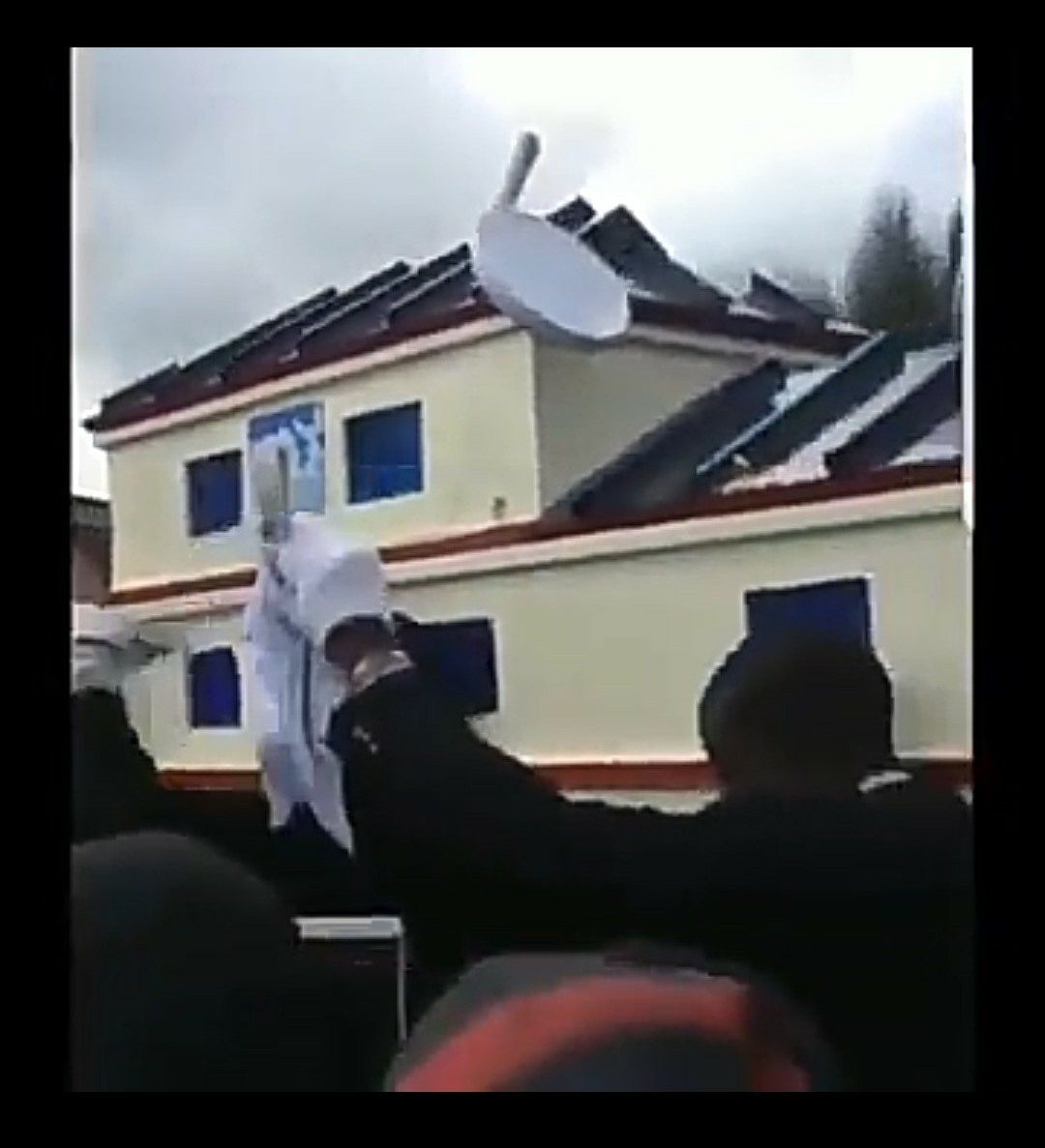 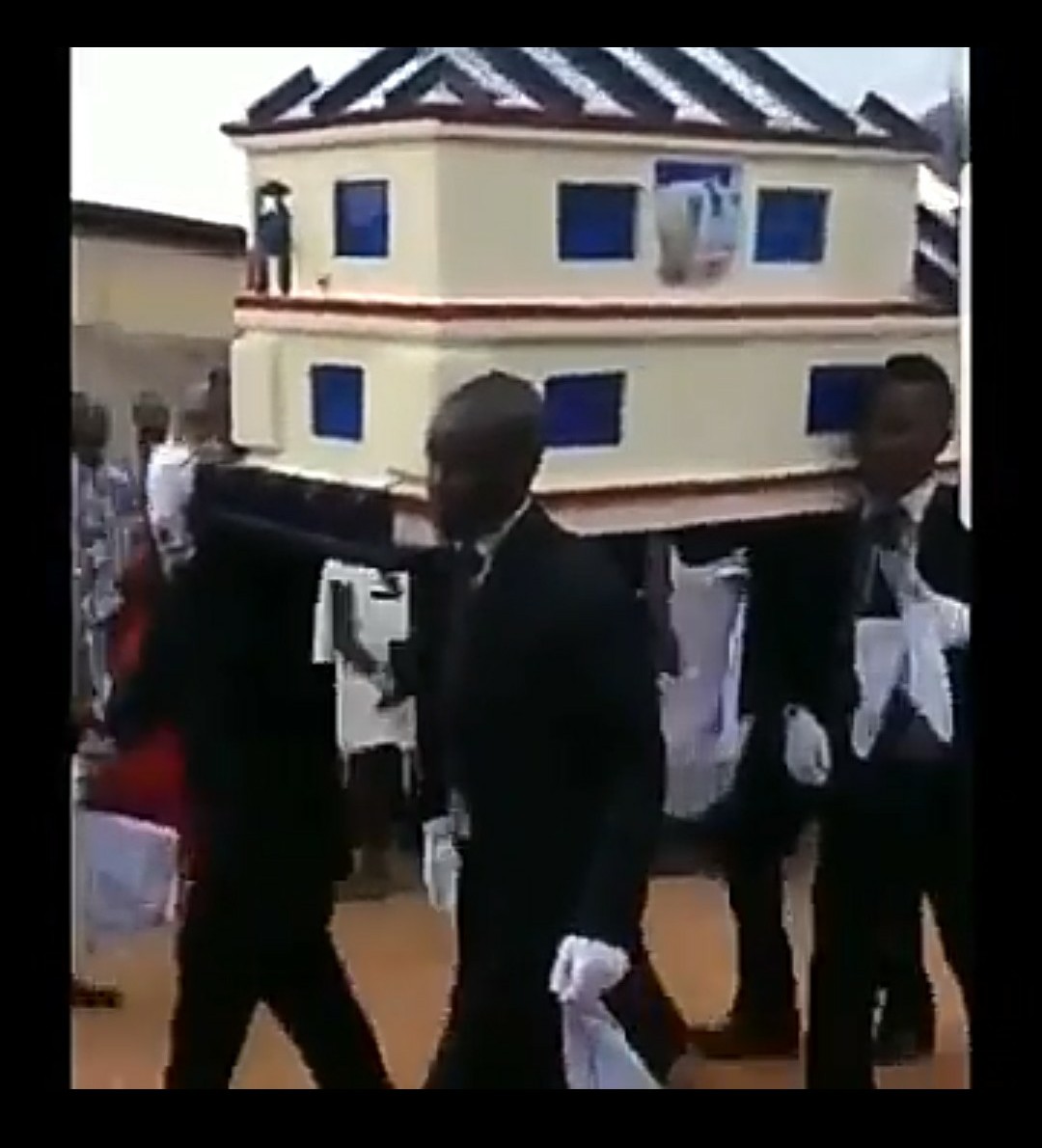 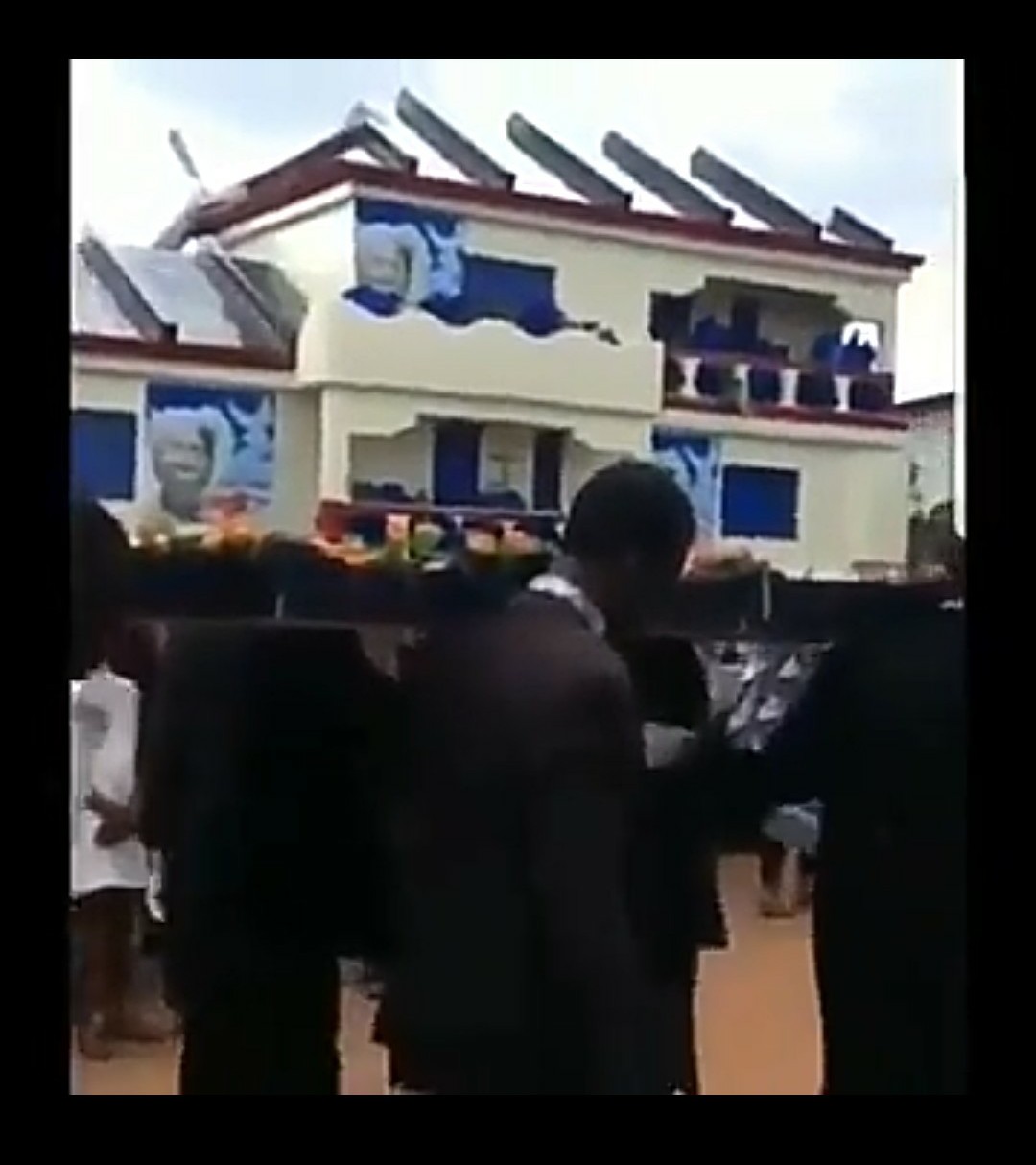