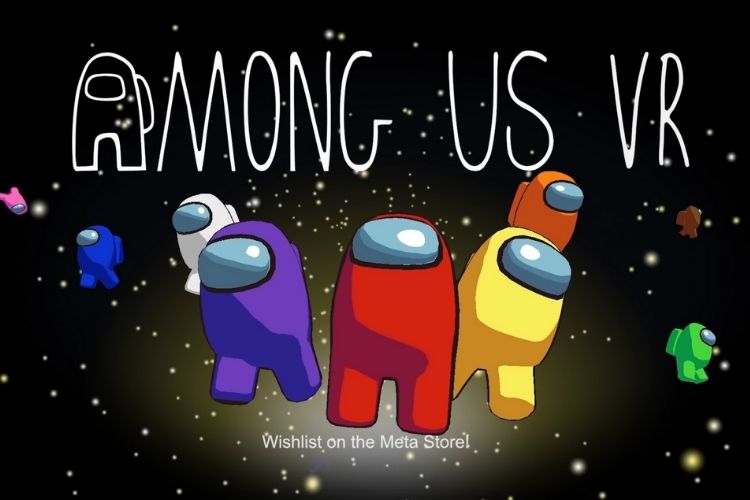 Ever since Facebook became Meta, we all know the idea was to focus on the concept of the metaverse. While it may take some time for the metaverse to properly take shape, the company has come up with some new VR games at its annual Meta Quest Gaming Showcase. These games are mostly the VR versions of popular titles like Among Us, Ghostbusters, and more. Here’s a look at them.

The Mark Zuckerberg-owned company has announced around 12 new VR games, which will be made available for users on Quest 2 within this year. So, no long waiting. Here’s what got announced:

The popular gaming title will now have a first-person view, along with finger-pointing during the voting part. It is said to change the way this popular multiplayer title works. You can check out its trailer to get a better idea.

Meta, along with Schell Games, is expected to introduce three more titles in the future. So, stay tuned for this update.

Meta saved this announcement for the last. Published by Sony Pictures Virtual Reality (SPVR) and developed by nDreams, this game will allow users to put on the Proton pack and trap and look for ghosts in the Ghostbusters VR universe. Check out the trailer below for more details.

This is the sequel to The Walking Dead: Saint & Sinners, which was released two years ago. The game, developed by Skydance Interactive, will showcase a journey through the changed New Orleans with “fewer resources, more walkers, and a new and bloodthirsty threat.” Go check out the trailer here.

This is another VR game built for both Quest 2 and PC VR and follows Boneworks’ gameplay. This game will require you to escape and play your way through what comes your way when you are in a mysterious underground lab. Bonelab also comes with mod support, allowing players to add customized maps, weapons, and new avatars.

This is the first officially-licensed NFL game that has a VR version, and you will be able to play the game, improve your QB skills by participating in drills, and more. The game uses actual game data to make it more authentic. Here’s the trailer:

Red Matter 2 is a continuation of the first part, and you will again have to defeat Red Matter. This time around, the journey will “take you across the solar system, from a base on our own moon to a space station orbiting above Saturn’s rings, and beyond.” There will be the Vertical Robot 2, puzzles, new surprises, and more.

The Mercenaries version of Resident Evil 4 has been made by Armature Studio in partnership with Oculus Studios and Capcom. The game will require you to take out Ganados as many as possible during the set time period. It will be a free update on Meta Quest 2 and will come with exclusive online leaderboards, 20 new challenges, and…