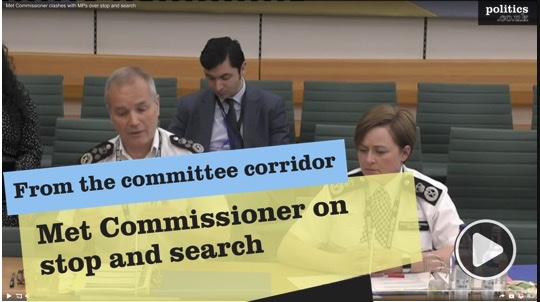 Acting Met Police commissioner Sir Stephen House was questioned by the Home Affairs select committee this morning, where he clashed with MPs over stop and search and discrimination in the police force.

The questioning comes just weeks after the high profile resignation of Dame Cressida Dick as Met Commissioner following criticism from the Mayor of London and a series of high profile failings in the force.

Dame Cressida’s oversight during the murder of Sarah Everard and policing of the subsequent vigil, misconduct at Charing Cross police station and the Child Q case were thought to have contributed to her decision to leave.

He was also quizzed by committee chair Diane Johnson, who highlighted ongoing criticisms regarding misogyny, racism and homophobic in the Met.

However Sir Stephen said that the force recognised the issues and were making progress towards dealing with them.