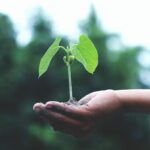 The Mayor of London, Sadiq Khan, with the support of Bloomberg L.P, has today announced the winners of his second Climate Kick-Start Prize; helping five London secondary schools to pioneer environmental projects and engage young Londoners in climate action.

To coincide with the UN Climate Change Conference in Egypt (COP27), five schools have been awarded £10,000 each to kick-start or accelerate environmental action, building on the Mayor of London’s collaboration with Bloomberg L.P to address climate change in the capital.

The schools and their projects are:

Prize winners were announced at a ceremony at Bloomberg’s European Headquarters in London, hosted by the Deputy Mayor for Environment and Energy, Shirley Rodrigues alongside CBBC and Strictly Come Dancing star Rhys Stephenson.

Deputy Mayor Shirley Rodrigues addressed students at the event about their role in tackling some of our planet’s biggest threats, including the climate emergency, flash flooding, fires in London, and air pollution, as well as the role governments and business have in the fight against climate change.

Climate Kickstart is backed by a host of exciting partners, including Bloomberg and Let’s Go Zero 2030. The 2022 programme will focus on encouraging students into green careers to respond to the growing demand for skills in renewable energy, home energy efficiency, green finance and electric transport.

Today’s event rounded off a week of career-focused activities for pupils to get involved in. Green careers events were held across London, as well as drop-in activities at secondary schools for students unable to travel and gave thousands of students an insight into the broad range of green jobs on offer. The Mayor has made investing in sustainable jobs and skills a key focus of his mayoralty and is supporting Londoners into futureproof jobs in the green sector through his Green Skills Academy.

“It is essential that we do all we can to build a fairer, greener London for everyone. We must take bold action to tackle the dangers of air pollution and climate change and we need brave new minds to help us do this.

“This year the Climate Kick-Start programme focused on encouraging pupils into green careers and really I’m pleased to announce the five new prize winners. Their submissions were brilliant, and their innovative projects will not only make a huge difference to their schools and the wider community, they will also help to inspire a new generation to get involved with climate action.”

“Through our work with London’s young people we know that they are passionate about leading sustainable change. The winners of this year’s Climate Kick-Start embody how innovative thinking and collaboration can lead to smart solutions to local environmental issues. We’re proud to build on our partnership with the Mayor of London to help turn these ambitious plans into projects that benefit the wider community.”