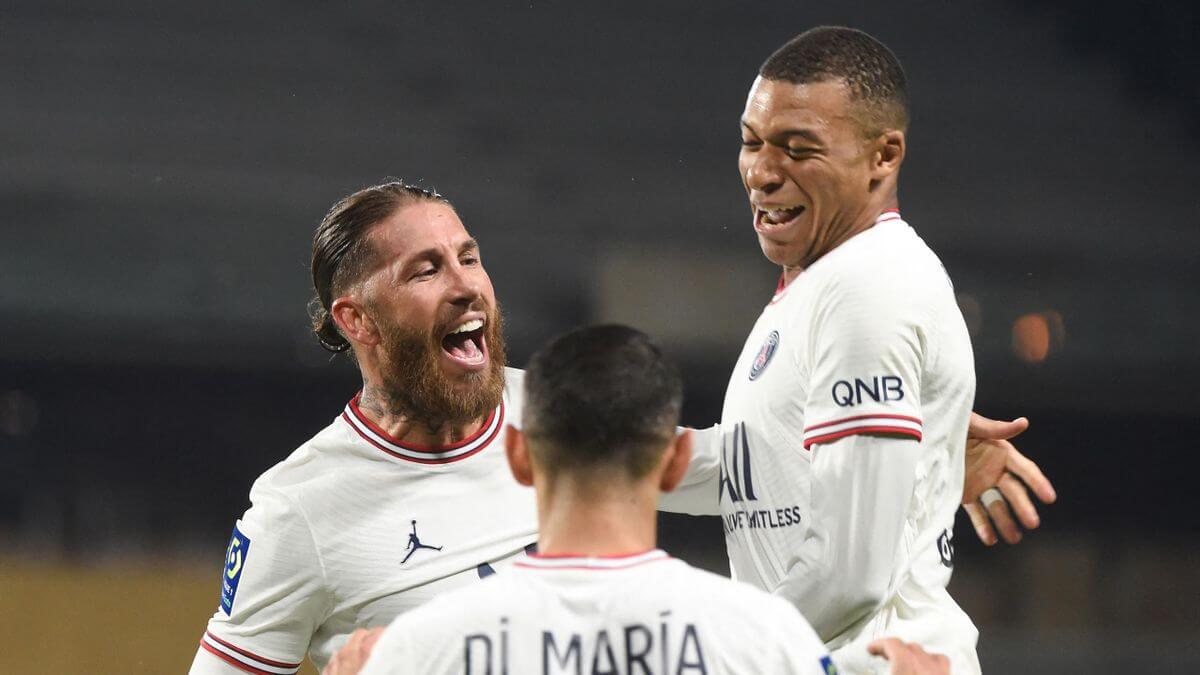 The match which took place at Stade Raymond Kopa was an easy pass as the league leaders comfortably won by 3-0.

But Marseille’s 3-2 comeback win over Nantes at the Stade Velodrome put them back in the title race thereby cancelling PSG’s title win on Wednesday.

PSG took the lead, as Kylian Mbappe scored his 27th goal of the season in the 28th minute of the game.

Les Parisiens added another goal after Sergio Ramos headed in Angel Di Maria’s corner a few seconds to the first half stoppage time.

Marquinhos increased the tally as he scored with a powerful header from Di Maria cross.

PSG were reduced to ten men in injury-time when substitute Edouard Michut was shown a red card for a nasty tackle on Romain Thomas following a VAR review.

PSG will lift their tenth Ligue 1 title on Saturday if they secure a victory over Lens at the Parc des Princes.