Lee Jae Wook will find himself in hot water again in “Alchemy of Souls”!

Penned by the famous screenwriting duo known as the Hong Sisters, “Alchemy of Souls” is a fantasy romance drama set in the fictional nation of Daeho, a country that does not exist in history or on maps. The drama tells the story of characters whose fates become twisted due to magic that swaps people’s souls.

Previously, Jang Wook (Lee Jae Wook) and Teacher Lee (Im Chul Soo) entered the palace at the request of the king (Choi Kwang Il). Teacher Lee shocked everyone when he revealed he could spot soul shifters because he was actually one. Jang Wook realized that Teacher Lee might know about Mu Deok’s true identity and became wary, raising questions about the future development.

In newly released stills from the upcoming episode, Jang Wook heads to the king’s palace with Teacher Lee’s precious dog that is able to detect soul shifters. However, soon, they are surrounded by soldiers. Jang Wook stands firmly with his sword out as if he’s protecting the dog, and the soldiers point their own weapons right at him. With tension rising, one wrong move could escalate the conflict and cause them to break out into a physical fight. 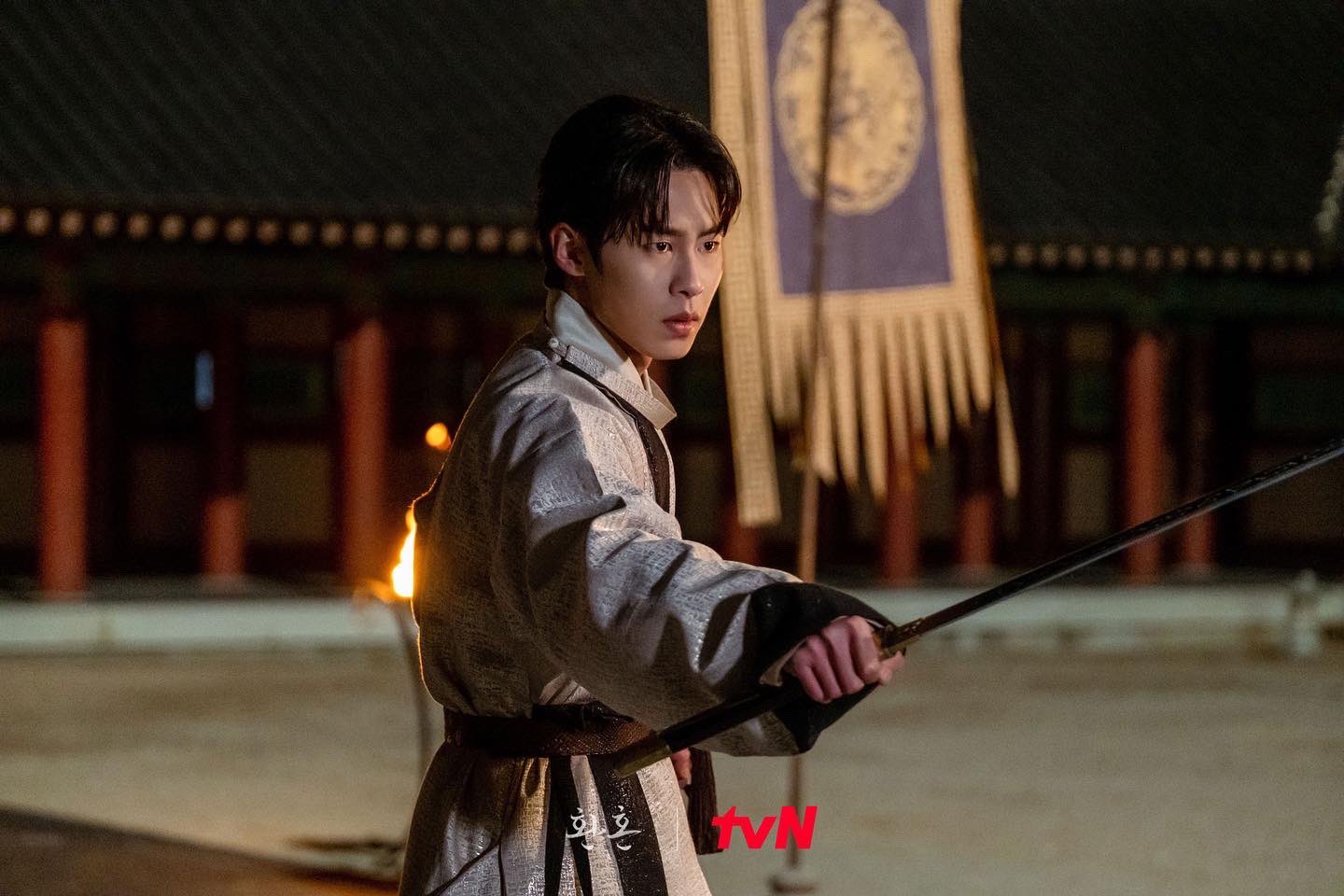 More photos depict a fiery war of nerves between Jang Wook and Jin Mu (Jo Jae Yoon). The tension between them is like a ticking bomb that could explode at any time. Viewers are eagerly waiting to find out if Jang Wook will be able to fulfill his goal without Jin Mu getting in the way. 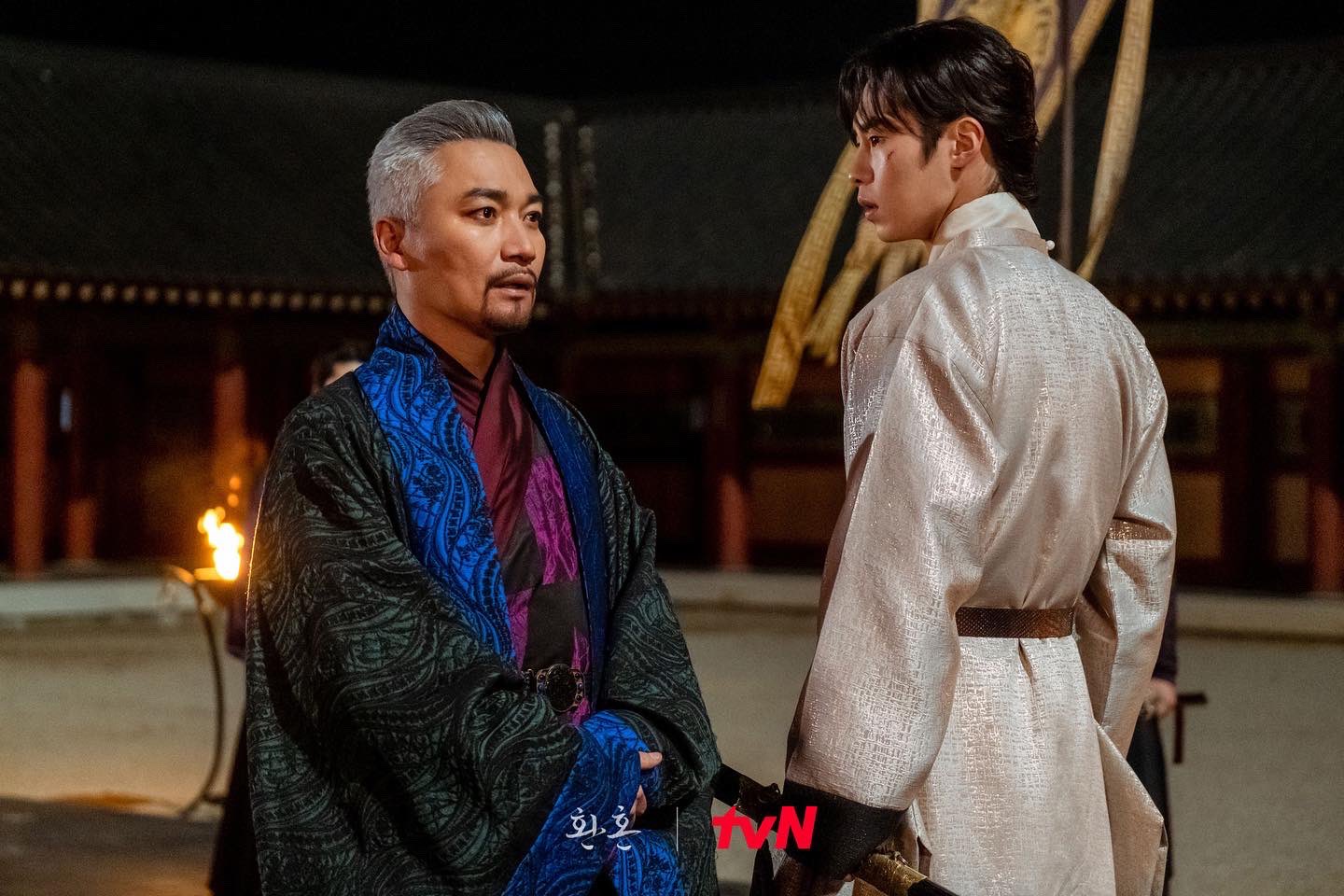 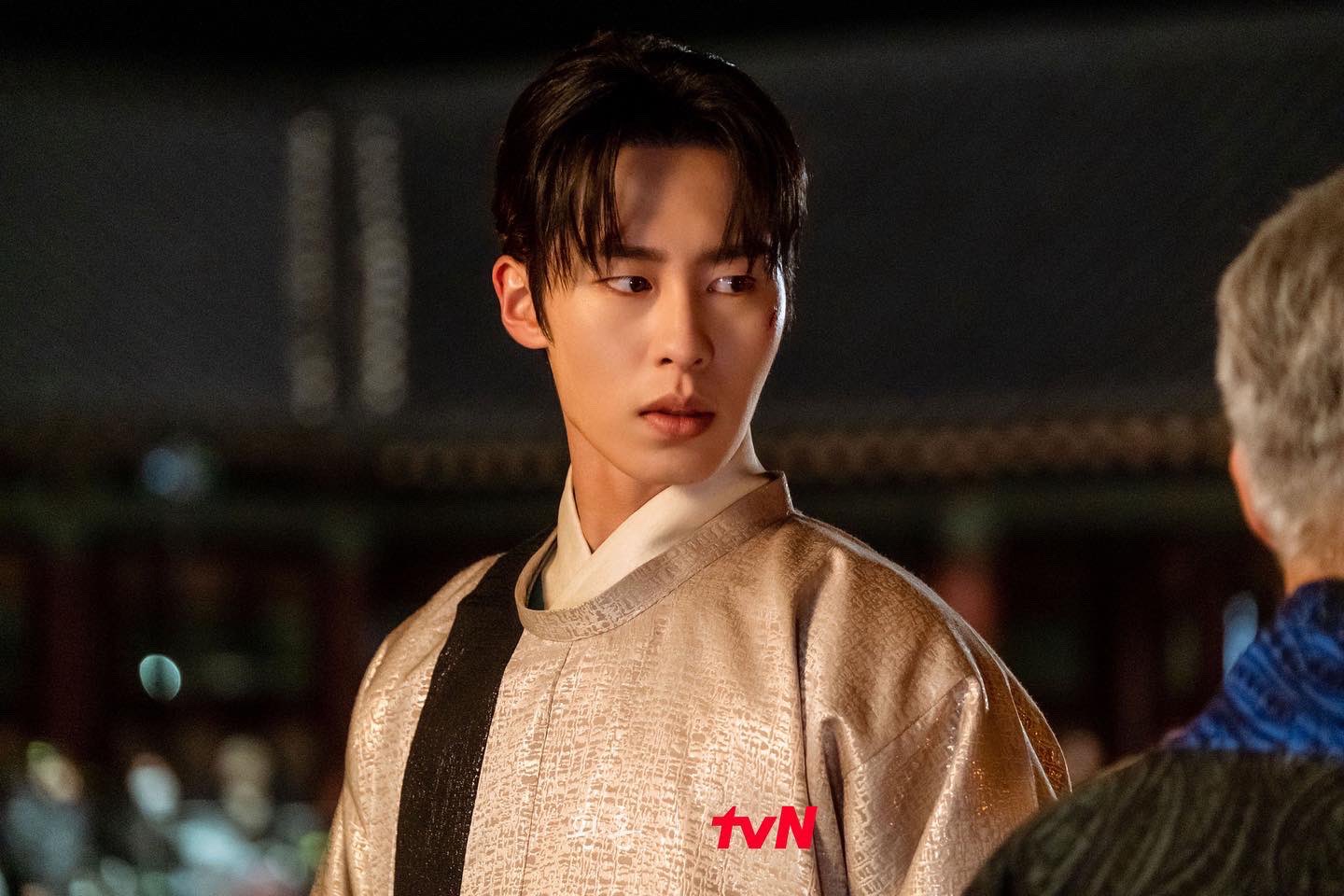 The producers of “Alchemy of Souls” shared, “Lee Jae Wook does most of the action scenes in the drama himself and shows a passionate performance with all his heart and soul.” They added that viewers should keep an eye on Jang Wook’s inexorable vigor and performance.