The cast of “Three Bold Siblings” excitedly spoke about the new drama at a recent press conference!

“Three Bold Siblings” is a romance drama starring Im Joo Hwan as Lee Sang Joon, an A-list actor who is the eldest son of his family. When he gets into an unexpected accident during filming, he is reunited with Kim Tae Joo (Lee Ha Na), his first love from elementary school, who is also the eldest of her siblings and grew up sacrificing everything for her family.

For the first time in seven years, Lee Ha Na is starring in a KBS drama. The actress commented, “I’m filming gratefully after being welcomed by the best, experienced producers.” Lee Ha Na added, “As the eldest daughter, the role of Kim Tae Joo is someone who is deeply embedded with responsibility and sacrifices for family. I tried to recognize and embody the sincerity of every single line and action. I also diligently did strength training for long periods of filming so that the bold Tae Joo would not show a wavering image.”

Although Im Joo Hwan’s character Lee Sang Joon is an extravagant top star, he experiences many hurdles in his life at home as the eldest son. He remarked, “Since I’ve never been a top star, [I feel] incredibly awkward. I’m working hard so please give us lots of attention.” Im Joo Hwan continued, “More than anything, I was unable to ignore a love call from a KBS weekend drama so I obviously had to appear.” 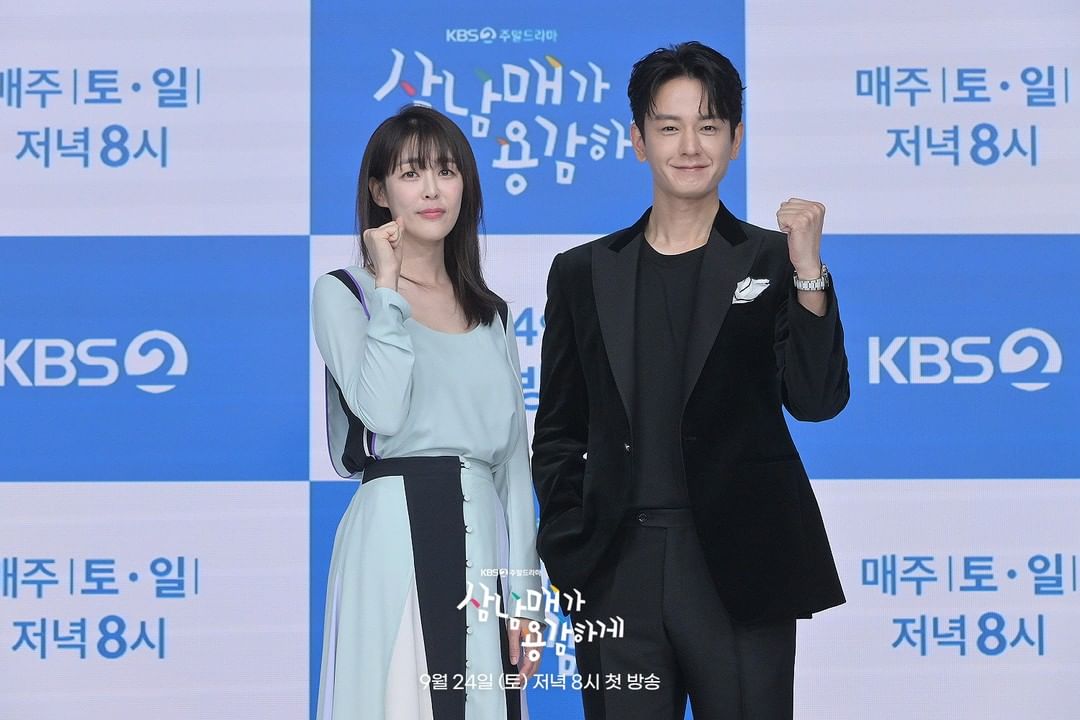 Kim Tae Joo’s younger siblings are portrayed by Kim So Eun and Lee Yoo Jin. Kim So Eun will play pilates instructor Kim So Rim who experiences the classic struggles of a middle child stuck in between two successful siblings. She shared, “I’m greeting you for the first time in awhile at KBS. KBS weekend dramas are so famous with guaranteed viewership ratings so I’m looking forward to it. Since it’s a cheerful and bright role, I believe I will be able to portray it well.”

Lee Yoo Jin commented, “Just being able to do a weekend drama is a precious and meaningful opportunity. I feel thankful. In real life, I’m the second son of three siblings.” Regarding his character Kim Geon Woo, he added, “I discovered similarities between me and this role so I felt that the character was charming.” 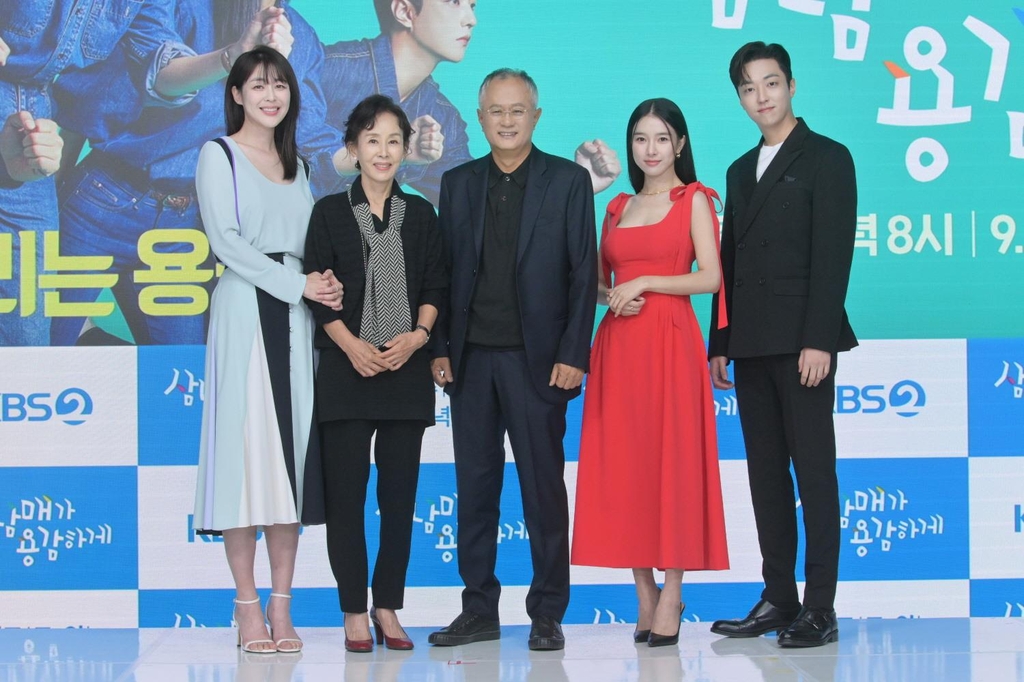 “Three Bold Siblings” will be Lee Ha Na’s fourth time working with writer Kim In Young, of which she shared, “She’s a writer with a philosophy. ‘Three Bold Siblings’ is a gathering of characters who have been built through everyday life. I’m confident that it will be fun.”

Lee Ha Na then commented, “It’s my goal to go to the market and hear ‘our Tae Joo is here!’ Fortunately, my past projects had great results. This is my fourth project with the writer so I will work hard to not to be a burden. I think it’s right to leave the results up to the people who give us love. Please give us lots of love!”

On set, the cast revealed that the mood makers were young stars Moon Ye Won and Lee Yoo Jin and the actor responded, “Geon Woo is a character who receives a lot of love. As he’s someone who’s good to his family, I try to approach my seniors first. I’m incredibly shy, but fascinatingly, the set of this drama felt comfortable ever since the reading and meetings so I think it’s fate. As the youngest, I will convey even more energy on this set that I’m grateful for.”

To conclude, the director shared, “I hope viewers feel warmth through our drama. It will become a drama in which you can find happiness, the butterflies of love, and dreams.” 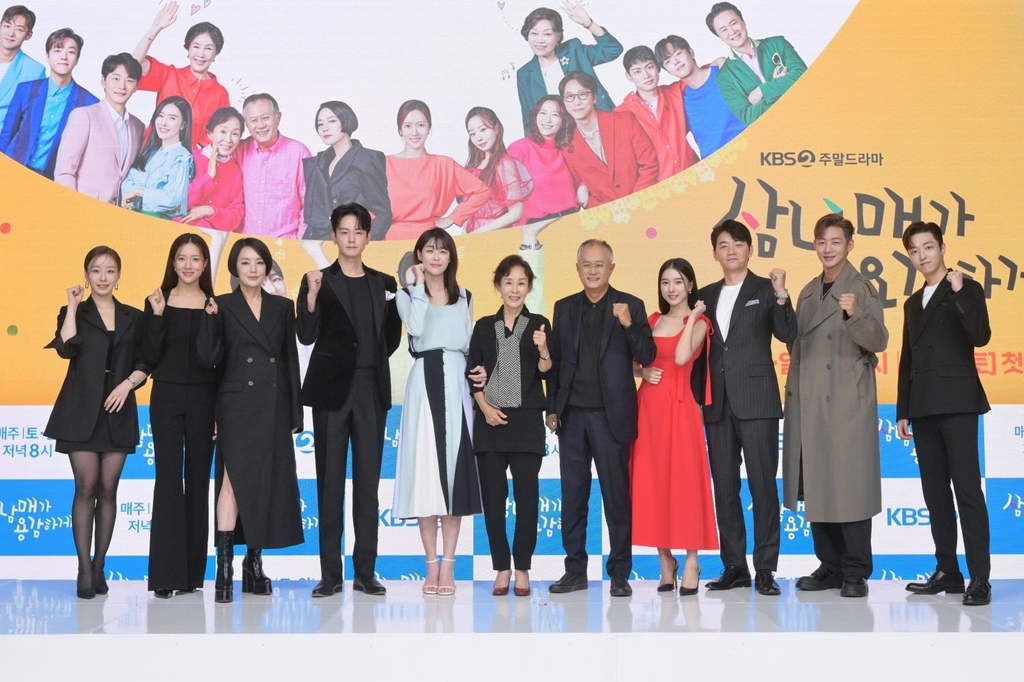 “Three Bold Siblings” premiered on September 24 and will soon be available on Viki. Check out the next episode at September 25 at 8 p.m. KST!

In the meantime, watch Kim So Eun in “Lonely Enough to Love” here: