Seven years ago, during his assumption as Governor of Cross River State, Sir Ben Ayade queried workers for lateness by locking them outside, today, September 14, 2022, less than a year to the end of his administration, he has done the same.

THE PARADISE NEWS gathered that the mild drama affected the Civil Servants and Political Appointees working in the Government House, Diamond Hill, Calabar as they found themselves behind the Governor’s Office gate for resuming work late.

Ayade who resumed work before 8:00am ordered the Chief Security Officer (CSO) to lock the Governor’s Office gate and bar anyone coming after 8 O’Clock from entering the office.

At about 10:00am when our Reporter visited the office, about 100 Civil Servants were found locked behind the main gate.

“He quickly gave the go-ahead and directed the Chief Security Officer to close the gate to prevent anyone from entering after that time”, a reliable source who spoke under anonymity said, adding that “the governor was surprised to see that many of the Civil Servants were not on seat when he came in”.

Mr Christian Ita, Chief Press Secretary to Governor Ayade, when contacted stated that the governor had always detested any form of indiscipline and also showed reward to those committed to their duties.

“The governor has always shown reward and sanction to workers; he doesn’t hesitate to sanction when you err and also reward you when you are committed to duty.

“The normal resumption time is 8:00am and if a governor can be in the office at that time, why can’t others be around”, Ita said.

As of the time of this report, those locked out include top ranking officers of the State Civil Service as well as Political Appointees (including Special Advisers), as some were spotted hanging around the entrance gate of the Government House while others towards the Chieftaincy Affairs office. 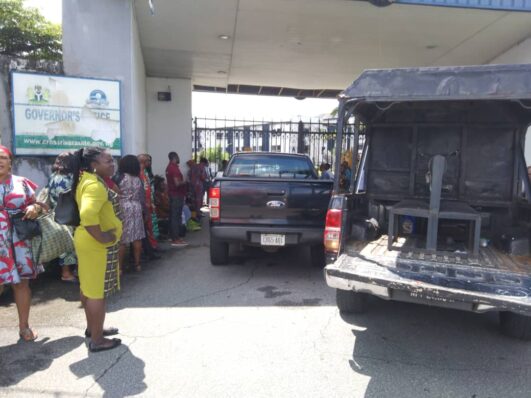 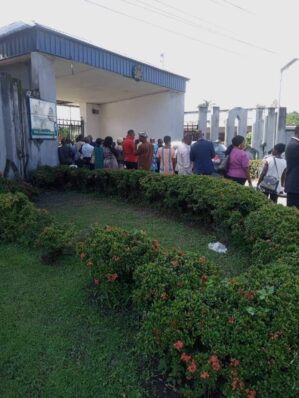 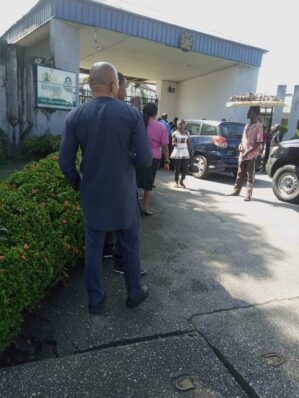 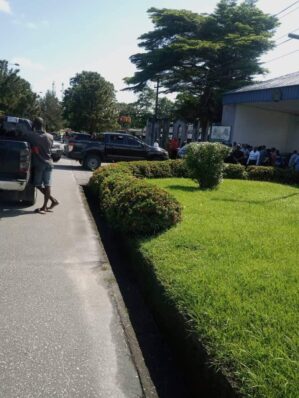