The Kano State Police Command has cleared the air on why its operatives were deployed to arrest a former Kano State Commissioner for Works and Infrastructure, Muazu Magaji.
Magaji, a staunch critic of Governor Abdullahi Ganduje, was arrested by the police in Abuja shortly after granting an interview on Trust TV in Abuja on Thursday night.

The ex-Commissioner was immediately flown to Kano and spent a night at the Police Command Headquarters in Bompai.
Speaking to Daily Nigerian, the spokesperson for the Command, SP Abdullahi Haruna, noted the police decided to arrest Magaji after he failed to honourably submit himself to police for questioning despite several invitations.
Haruna said the police invited Magaji following a directive of the court to investigate him.
The Police spokesperson said, “We are currently investigating charges of defamation of character, intentional insult, injurious falsehood and inciting disturbance against Muazu Magaji.”
Meanwhile, a complaint letter by Ganduje’s lawyers indicated that the letter was addressed to the presiding magistrate of Court 58, Nomansland, Aminu Gambari.
A copy of the formal complaint letter read in part: “We are Solicitors to the Executive Governor of Kano State, His Excellency, Dr Abdullahi Umar Ganduje, (hereinafter referred to as “our client”) and on whose behalf we write to directly complain against Muazu Magaji (hereinafter referred to as “the suspect”) for the commission of the grievous offences of Criminal Defamation of Character, Assault, Intentional Insult with the Intent to Provoke Breach of Peace and Inciting Disturbance and Disaffection contrary to inter-alia the provisions of Sections 114, 264 and 399 of the Penal Code Law in force in Kano State, meted on our client.
“As a foundation to our client’s complaint, we are instructed by our client that the suspect posted a picture portraying our client as an immoral and ungodly man engaged in an extra-marital affair with a strange woman whose face appeared in the said picture.
“We are instructed by our client that the said picture had been widely circulated by the suspect on several social media platforms, in a brazen attempt to assassinate the character, goodwill, good name and image of our client, the first citizen of Kano State, which he built for several decades in civil service and in frontline politics in Nigeria.” 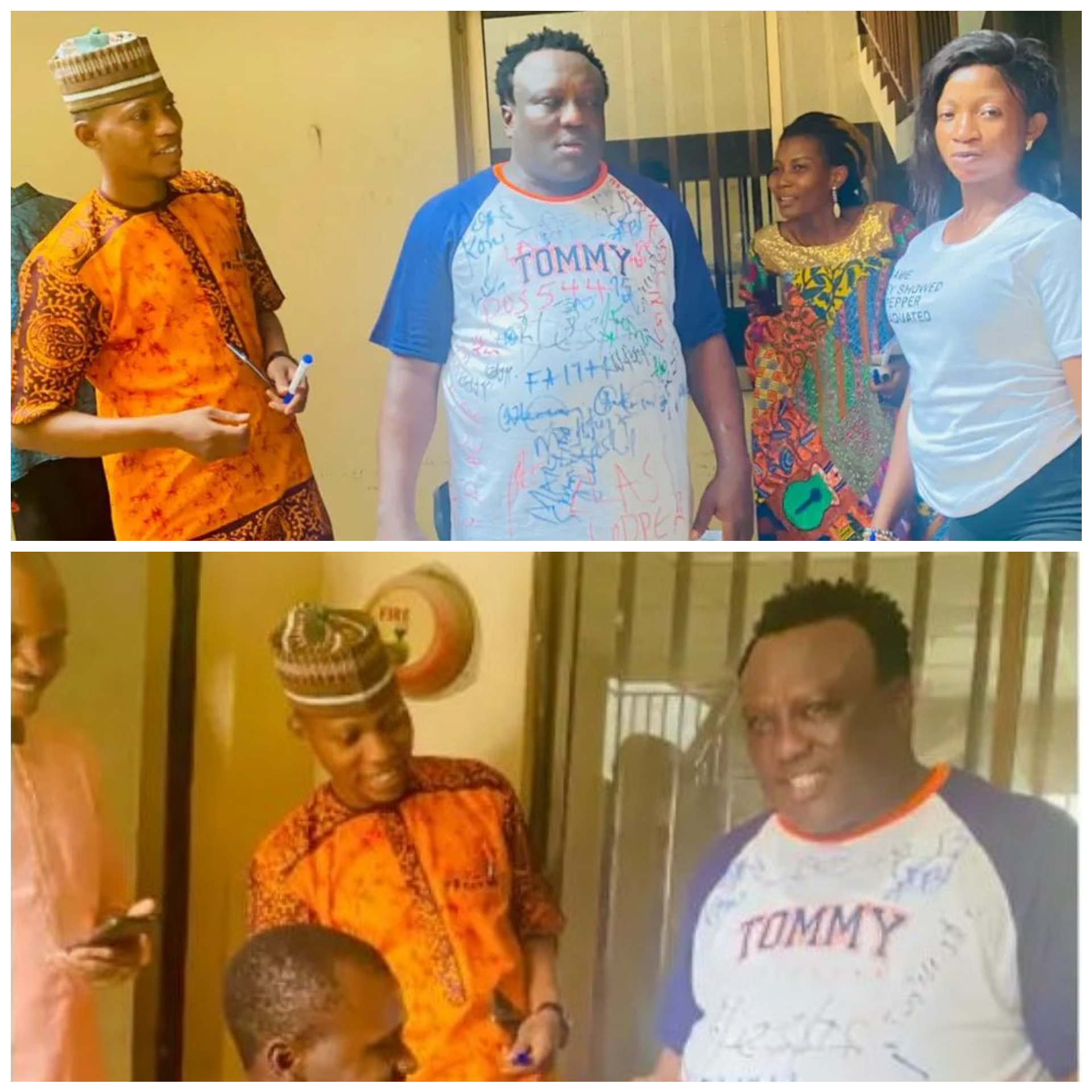