Local teen to the rescue!

After learning that Pearl Jam‘s drummer Matt Cameron tested positive for COVID-19, a local 18-year-old drummer decided to take matters into his own hands by volunteering to join the band at the Oakland Arena on Friday night.

“Everybody, this is Kai; Kai, this is everybody!” Eddie Vedder introduced the high school student to the crowd from the clip the band posted on YouTube.

Kai Neukermans of Mill Valley already plays for his band The Alive, consisting of his 14-year-old brother, who plays bass, and their friend Bastian Evans, 17, who helms the group’s guitar and vocals.

Prior to taking the stage on Friday, Neukermans and his brother had just returned from watching Pearl Jam in Los Angeles, The San Francisco Chronicle reports.

Neukermans’ friends and family reportedly encouraged the young drummer to offer himself up as a replacement for Cameron after the veteran musician tested positive for the coronavirus.

Giving his best shot to secure the spot, Neukermans sent a text to Vedder’s daughter Olivia Vedder, whom he met at Ohana Fest in 2018. Olivia responded and told Neukermans she would ask her dad about his proposal.

Kevin Kane/WireImage for Rock and Roll Hall of Fame

Never miss a story — sign up for PEOPLE’s free daily newsletter to stay up-to-date on the best of what PEOPLE has to offer, from juicy celebrity news to compelling human interest stories.

The next day while at school, he received a response from the band, who requested him to submit a video of himself drumming. Within an hour of submitting the clip, he was contacted by a manager who then asked him to show up at the stadium for rehearsal.

“They were having so much fun,” Neukermans told The SF Chronicle of the band. When Eddie introduced the teenage drummer to the crowd on Friday, he mentioned having seen The Alive perform, telling the audience he was impressed by “how hard they can play.”

RELATED: Eddie Vedder ‘Couldn’t Imagine a Planet Without’ Kurt Cobain After His Near-Overdose Weeks Before He Died

“You’re leading the band, brother,” Eddie said while handing off the responsibility to Neukermans in the video.

Neukermans later wowed the crowd with an explosive rendition of “Mind Your Manners” from the group’s 2013 Lightning Bolt album.

As information about the coronavirus pandemic rapidly changes, PEOPLE is committed to providing the most recent data in our coverage. Some of the information in this story may have changed after publication. For the latest on COVID-19, readers are encouraged to use online resources from the CDC, WHO and local public health departments. 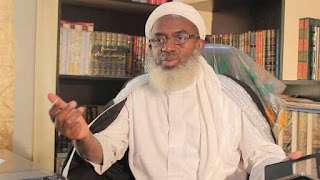