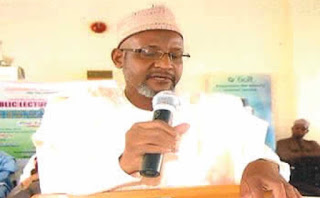 A Professor of Islamic Political Thought, at the Yusuf Maitama Sule University, Kano, Umar Labdo, has claimed that the recent events unfolding in the Southern part of the country, indicates a gang up against the Fulani ethnicity in the region particularly in the Southwest where herdsmen are no longer welcomed.

Although it has been clarified that the recent expulsion notice given to Fulani by the Ondo State government, is specifically targeted at herders hiding in the State’s forest and committing various crimes, Labdo insists that the expulsion affects all Fulani regardless of what the government says.

“Fulani are Fulani, whether they are herders or they are settled Fulani. Fulani is Fulani. So we are talking about a whole community being stereotyped as criminals,” Labdo said in a comment.

Following Governor Akeredolu’s ultimatum, a lot has transpired from across the South especially in Oyo State and Southeast states where herdsmen has been targeted by the Eastern Security Network (ESN), a security outfit created by IPOB leader, Nnamdi kanu.

In a recent interview with Daily Sun, Professor Usman Yusuf, similarly voiced concern over the silence of Southern leaders in the wake of threats and attacks against Fulani in the region. He said unless they speak out and call their people to order, it means they are in full support of what is going on, a situation he said is very dangerous.

“Yoruba youths are asking Fulani to vacate Oyo, and a governor is asking them to vacate the forests, no Yoruba leader is speaking out; they must speak up loud and clearly because the events that will happen will not be small if they are not nipped in the bud, this is serious. Responsible voices need to be heard.

“Of course, you have heard of one Sunday Igboho. This guy is not an official of government. He is an ordinary citizen, although he may be speaking for an organisation. I hear some people connecting his name to Odua Republic.

“He is also issuing ultimatum to Fulani to leave Yoruba land. What is more disturbing is that his own utterances and words are encouraging some people to take law into their hands.”

He also said although Sunday Igboho was ordered to be arrested by the Inspector General of Police,”he has been enjoying a protection.”

He said, “I don’t know whether his governor is protecting him but like I told you he is a hero in the region. According to the papers yesterday, it was reported that he went on a tour to supervise the forest in the South –West, to check the level of compliance of the Fulani with his order.

“He was going round in the bush, making sure that the Fulani are preparing to leave – it is here in the papers- wherever he went the local people of that community would be cheering him. So I am sure that he is under the protection of his people. And in any case, he is a thug. He has weapons, he has people to protect him and I think that he is an outlaw, he is outside the law. Otherwise why didn’t he report himself to the nearest police station? If he knew that he is not a criminal, he should have reported himself.”

Labdo also warned that those issuing threats and attacks against Fulani should remember that their people are also scattered across the North including remote areas were no one would even know that they were wiped out.

He said, “you cannot expel others and you live in peace.” 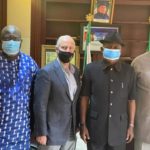