Facing four-decade-high inflation and a declining stock market, the Biden administration has tried to tout some positive signs for the economy.

Yellen has a point on the scale of the reduction, but it’s important to put this decline into the context of the coronavirus pandemic, which jolted the federal government’s fiscal picture and helped produce the large deficit decline Yellen is touting.

First, a refresher about deficits. The federal deficit is determined by subtracting federal spending from federal revenue, primarily tax collections. If revenue exceeds spending, there’s a surplus. If spending exceeds revenue, there’s a deficit. (There hasn’t been a federal surplus since 2001.)

The Congressional Budget Office’s most recent estimate of the 2022 federal budget projects a deficit of about $1.04 trillion. That may sound like a lot of money to be in the hole. But it’s a lot smaller than the federal government deficit was during the previous year: $2.78 trillion.

That’s a difference of roughly $1.7 trillion. That is slightly more than what Yellen said. However, there are a variety of ways to measure income and spending, and all these numbers are moving targets until the end of the fiscal year on Sept. 30.

The bigger problem factually is Yellen’s characterization of the deficit reduction as a “record.” This year’s projected decline is larger than any previous one-year reduction in the deficit, but that’s because of an extraordinary historical occurrence: the coronavirus pandemic, and the unprecedented government response.

The coronavirus pandemic isn’t over yet, but vaccines and therapies have cut the risks associated with it, and the economy has opened up again. As a result, spending programs passed earlier in the pandemic began expiring this year, meaning federal outlays have declined.

This phenomenon — the passing of a temporarily expensive phase for the federal government —  caused the record amount of deficit reduction.

Steve Ellis, president of Taxpayers for Common Sense, a group tracking the federal budget, said that although the spending on the public health emergency is understandable — much of it set in motion by Biden’s predecessor, Donald Trump — it’s important to note the unusual circumstances of the decline.

“While I welcome deficit reduction, the $1.5 trillion was off of enormous deficits,” Ellis said. “It lacks a certain context.”

Indeed, the deficit projected for 2022, just over $1 trillion, is a bit larger, but roughly in line with the deficit from 2019, the last prepandemic year, which was just under $1 trillion. So someone could just as easily say that the Biden administration has overseen a return to normalcy in budget deficits rather than set new records for deficit reduction.

The Treasury Department told PolitiFact that the expiration of pandemic spending programs, rather than their continuation, stems from policy successes by the Biden administration, so it’s not unreasonable to give the administration some credit for enabling that reduction.

“The end of COVID relief spending is no accident and instead the direct result of the administration’s vaccination and COVID strategy,” the department said in a statement. Such improvements were “not automatic. In fact, there is plenty of evidence that distribution of the vaccine pre-Biden was riddled with problems.”

Still, it’s important to note that the “record” deficit reduction is not an apples-to-apples historical comparison. The reduction followed an extraordinary period of high federal spending amid a global pandemic unseen in at least a century.

Yellen said, “We’ve cut the deficit by a record $1.5 trillion this year.”

The final figure remains to be seen, but projections range from $1.5 trillion to $1.7 trillion, which is in the ballpark.

However, declaring this a record sidesteps the highly unusual circumstances that made it possible — the expiration of spending measures to combat the pandemic. Although the administration can claim credit for improving matters enough to be able to wind down the pandemic-related spending, the circumstances merit an asterisk when records are being touted.

We rate the statement Half True. 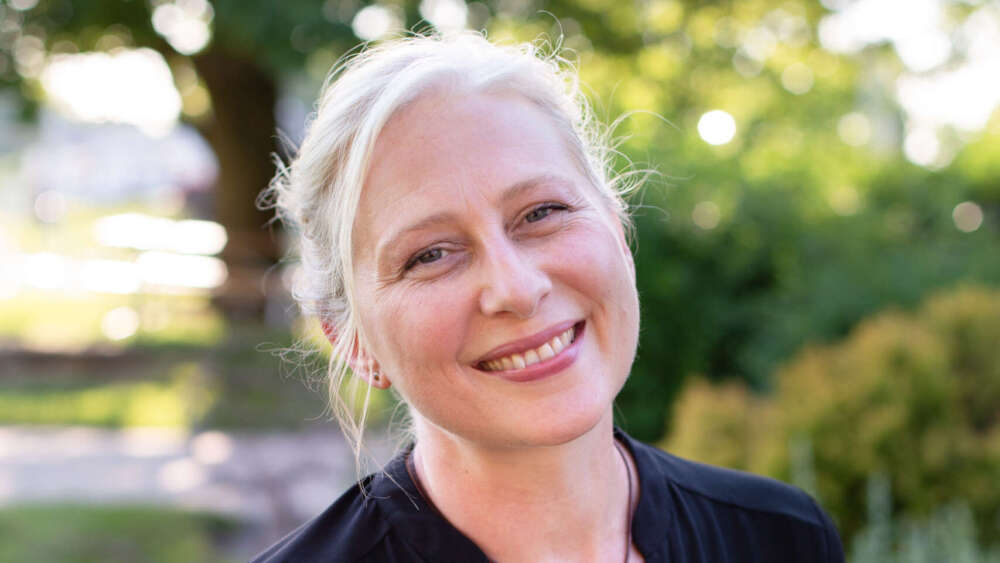