“>Holy Equal-to-the-Apostles Prince Vladimir is an event that took place over a thousand years ago, yet it still continues to fascinate the minds of many people. Did the prince have the right to decide on behalf of his people? What did Christianity bring Russia? We will speak with Bishop Pachomy of Pokrovsk and Novouzensk about these issues. —Vladyka, anyone who studied history from the Soviet textbooks remembers the explanations that the Baptism of Russia was only possible for economic and the political reasons…

Christianity did not happen in Russia as a result of a stroke of a single ruler’s pen. It has spread among our forefathers earlie

—That’s right, we often hear how Christianity was an alien idea for the people of Rus, how it came here with the stroke of a pen of a single ruler. But that is simply not true. In fact, Christianity was by then already known in Rus, and it spread not only among foreign merchants and travelers, but also among our forefathers. Many historians testify that both Kiev and Novgorod had Christian communities. There were Christians among the prince’s cohorts, as well as the ordinary people.

For the Holy Equal-to-the-Apostles Prince Vladimir, the Baptism was a political decision, as there were certain prerequisites in the nation’s development. But we shouldn’t also ignore certain spiritual reasons. The prince was known to be a passionate man and a seeker. The way he changes his life and attitude towards the people following his Baptism bears testimony to the fact that his conversion was sincere and profound.

We can often hear some say these days that faith is a deeply personal matter, or that it should not be demonstrated in any manner, much less manifested at the national level. This attitude to religion so actively imposed in our days has surfaced not too long ago. If we are talking about the tenth or eleventh centuries, when the Christianity was spread in Rus—there was nothing like that at the time. Moreover, in the ancient world, in medieval Europe or in imperial Russia, as well as many modern-day states in the East, faith is perceived as an element of national belonging.

The Holy Spirit descended upon the apostles who assembled on the Day of Pentecost in the Upper Room on Mt. Zion. Ever since, the Church has always been about a group of people bound together by the shared faith. —But many people often wonder: how could a single person choose the faith for all of the people—not only his contemporaries, but also for future generations?

—In Russia, the Prince is not simply a political leader, for he is also the superior to his people, a father figure. The people obeyed their Prince not only in matters of faith, but equally in many other areas, as well as in economic and political matters. So when the Prince accepted Baptism, for many people, it was something like natural obedience to follow his example.

A phenomenon of the twentieth century is the spread of extreme individualism, when, choosing between the state and myself, I always choose myself

In our days, the rights of an individual are elevated to the rank of an absolute dogma. The phenomenon of the twentieth century is the spread of extreme individualism, when between the state and myself I always choose myself. It wasn’t like that in the old days. Look at the example of enlightened Europe and think of the message in the conflict between Protestantism and Catholicism: “Their realm, their religion.” We see that the experience in Europe was not any more democratic than in Rus at the time of the Holy Prince Vladimir. We should understand it clearly that Prince Vladimir thought not only about the spiritual, but also the national development of his country, as well as the people’s cultural benefit. He knew that a Christian state means power, development, and access into the family of enlightened European nations. This was so because Christianity, preached in various parts of the world, brought with it enlightenment, learning, and revolutionary change in the system of moral values. It was the historical path that God had in store for Russia. We simply had no other choice. The conversion to Christianity paved the way to having a great culture and great history.

—In our days, we can often meet those who are enamored with Slavic ”Everything that Neo-Pagans said about Christianity was A lie”Contrary to fabricated pagan gods that you can make to be anything but don’t really need, in your relationship with the real God you feel His response, He helps you.

“>paganism, not so much for its philosophy as the aesthetics. They see in it the national identity of the Russian people as opposed to the Christianity brought to us by the Greeks.

—It is always shocking to observe the sentiment of the modern enlightened people. On the one hand, they advocate for a serious culturological approach and scientific rigor. However, whenever they are confronted with the manifestation of people’s religious feelings, they say that such feelings are due to dark barbarism. Yet, when it comes to utter and darkest paganism, they say it is our history, our freedom.

—It is common to speak of Christianity as a culture-forming religion. Can you offer any specific examples of such influence?

—What does our culture have that isn’t derived from Christianity? What is Russian literature? It is the phenomenon that developed over the course of the eighteenth and nineteenth centuries as known to the whole world. How did it become possible? Because for seven or eight centuries before that, the Russian learnedness (and literacy in general) was based exclusively on Christian education.

The tragedy of European society (and Russian, as well) lies in the fact that we are always ashamed of our Christianity

Russian art obviously matured under the influence of the European art, but it was also greatly influenced by icon painting. The same is true of Russian architecture and music. The tragedy of the European (including Russian) society lies in the fact that we always feel ashamed of our Christianity, and we try to hide behind generalities. This is what destroys our identity. What can we offer in replacement for the process that, whether we like it or not, has been going on for a thousand years? Our nation has gone through all of that already. We already displayed such a lack of foresight at the beginning of the twentieth century when, carried away by the ideas of Bolshevism and German philosophy, we brought about a terrible tragedy. Perhaps it’s high time for us to learn some lessons? —Well, we had what was coming: Christian tradition was broken, and several generations have grown up outside of it. Why should we return to it? Maybe we have to move on? After all, the European nations can’t be called Christian either.

—Well, can you see a great deal of development in modern European nations? And in general, what kind of development are we talking about? Look at the Renaissance—it was a great burst of energy imbued with Christian “juices”! Can we observe anything like that today? Anything in this world, without the influence of the rational power and the source of energy, moves toward destruction. No matter how beautiful and powerful a tree is, if you cut it at its root, not only will it stop growing, it will simply wither away.

—On the other hand, it is common today to speak about spiritual revival, the return to national traditions and roots. It usually means anything, even the learning of Russian folk dances. So, still, what should this spiritual revival be like?

Any national development is possible only when society returns not just to certain abstract roots, but to a living source—its religion

—It’s a very difficult question; there can’t be a definite answer here. In my opinion, any national development is only possible when the society comes back not simply to some abstract roots, but to the living source. The religion of any society is that source. Faith builds the worldview and the principles of co-existence with other nations.

The problem is that we are led to believe that it’s possible to return to certain roots, but first remove the religious component from our life. To my mind, this is impossible in principle. Of course, not all of our ancestors were true and devoted Christians, just as not all were saints. But a people’s life is always built upon certain basic values that hearken back to the Absolute. Philosophical teaching and philosophical attitude to the life of man is generally commitment-free. But religion implies a system of actions and deeds, because faith without deeds is dead also (Jas. 2:26).

—The millennium of the Baptism of Rus’ [in 2088] was a certain Rubicon, because afterwards the Church was gradually freed from the oppression of the state. What has changed in the Church over that time?

—It’s sort of hard for me to judge, since I don’t fully know about the time when the Church was oppressed by the state, living under the sway of its repressive mechanism. Those who lived then and experienced the challenges of that time will tell you better about it. Although, every period has its trials, joys and sorrows. We must be fully aware of the fact that the Church is essentially timeless, beyond any political structures—it is not of this world. Even if the Church exists at different periods—times of persecution, oppression, and prosperity—Her mission is still the same: to present the image of Heaven here on earth, to enable us to find that Heaven and be saved. Every period and every nation has their own specific ways to find salvation—be it through martyrdom, suffering, or teaching.

The Church has received today a true freedom that She never had in history—at least in Russia. But the earthly, militant Church, even when it is taken hostage by the system, will not become enslaved; Christ reserves for us the right to be free and the right to choose. The saints can live at different times—be they the monastic saints, the ancient martyrs, or the new martyrs.

We should stop waiting for a time to come when things will get better. We should learn how to live today

It does no good to constantly compare things. Christianity gives people an opportunity to find freedom from addiction, passions, and prejudices. We need to stop waiting for a time to come when things will get better and the age of universal prosperity will reign here on earth. We simply have to learn how to live today and understand that it is today that we have to take care for our salvation. The Church here, in this world, is a form of earthly life for Christians. As for our goal—it is up there, in eternal life. 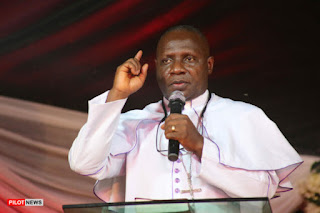