Reports from field offices of International NGOs indicated that attacks on Rann, the headquarters of Kalabalge local government area of Borno State on Sunday left about 50 people dead.

According to the reports which were conveyed to offices in Maiduguri, the attack was suspected to have been carried out by Islamic State for West Africa Province (ISWAP) fighters in Jarawa village of Kala Balge.

Kala Balge which borders the Cameroon Republic is 150km away from Maiduguri, the Borno capital.

Also a source with information about the attack told newsmen in Maiduguri that the attack was devastating as it claimed about 50 lives mostly young men.

“The incident occurred when youths of the area went in search of scrap metals and were ambushed by the ISWAP fighters killing about 50 people and abducted unspecified number while many others escaped.” The source said.

Another who identified himself as Grema Ali explained that because of the relative peace in the area, people moved to nearby communities without security clearance in search of means of livelihood.

“There has been a significant reduction in attacks on Rann and other adjourning communities, that was why they even travelled up to 30km in search of scrap metals popularly called ‘Ajaokuta’ when the unfortunate incident happened. We are still searching for some missing persons” Grema said.

He called on security agents to fortify the area as the people are currently living in apprehension. 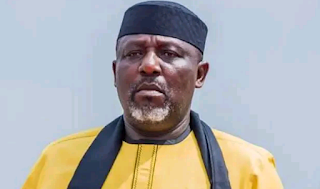