An Islamiyya teacher has been remanded for allegedly camping a married student of his Islamiyya in his house for over a month without the permission of her husband on the orders of Khadi Abdullahi Nasiru of a Shari’a court sitting in Minna, Niger State.

The suspect is also being accused of terminating the housewife’s two-month-old pregnancy and implanting family planning drugs in her.

The woman, a mother of five children was said to have lived in the house of the teacher for about thirty-five days without returning home after attending the Islamic school before the relations discovered where she was and reported the case.

During the hearing, the suspect told the court that the woman had complained to him about her husband not taking good care of her, hence he decided to help with the agreement of her family.

Denying the claims of the Islamiyah teacher, the family told the court that their daughter has never complained of a lack of care in her thirteen years of marriage.

The development, it was learnt may not be unconnected with an intimate discussion between the Islamiyya teacher and the husband of the victim who had told him (teacher), that his wife had a spirit that assists in proffering solutions to problems.

It was said that as a result of this, the teacher decided to persuade the woman to stay with him under the guise that he wanted to talk to her spirit, but was using her as a spiritual healer.

However, when Khadi Nasiru told the suspect that the investigation carried out by the court showed that a family planning drug was implanted in the victim’s hand, he denied responsibility and pleaded for forgiveness.

He explained that the pregnancy was terminated on the directive of the spirit in the victim to stop the husband from maltreating her, saying,” the spirit said the husband was planning to kill her”.

Also, speaking, the victim accused the Islamic teacher and his wife of conniving to ruin her life, while telling the court that she was not aware that she was not in her husband’s house throughout her stay in her teacher’s residence.

Khadi Nasiru after listening to both sides adjourned the case to May 17, 2022. 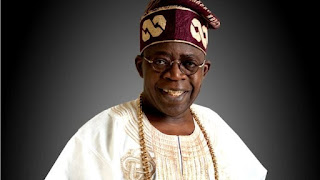