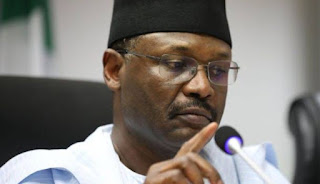 Next year’s presidential election is shaping up to becoming one of a kind, as for the first time since 1999, a third political party is set to end political hegemony in the country.

Not until 2015, the Peoples Democratic Party (PDP), had dominated the political space, and even bragged about sustaining its dominance for the next 50 years. However, the emergence of the All Progressives Congress (APC), following the merger of several weaker parties, ensured the PDP ate their words after suffering a historic defeat, albeit in a controversial circumstance.

But this time, the PDP will not only battle the ruling party APC in a two horse race as in the past, but will also have to deal with a new and electrifying generation of voters who have now more than ever, seem determined to change the status quo, by ensuring both the PDP and APC whom they described as both sides of the same coin, never get to preside over the affairs of the country again.

With PDP and APC being the target of the aggrieved population, former governor of Anambra State, Mr Peter Obi, has been favored by many, particularly the young population, as the right man for the job heading to the next election.

Obi who is the candidate for the Labor Party (LP), has since gain popularity across the country and although the top opposition parties tried to downplay the situation, some have finally acknowledged the threat Obi poses despite the political muscles of APC’s Tinubu and PDP’s Atiku.

While Obi may be the latest trend, it is however, believed that the top major parties in the country will seek to exploit the nation’s weak electoral process to their advantage. This means Nigerians should expect thugs to return to polling units across the country in the next election. There’s also concern over insecurity in the country, the swelling of votes during final collation of votes, and several other electoral malpractices.

The nation’s electoral body INEC, which obviously knows all these, and perhaps, assuming it won’t compromise like in the previous elections, appears to be working towards addressing these concerns.

While addressing journalists during a valedictory programme held in his honour, Resident Electoral Commissioner in Oyo State, Mutiu Agboke, hinted that INEC will cancel elections in places found guilty of electoral malfeasance including thuggery.

The outgoing REC warned that any election conducted in a polling unit and disrupted by hoodlums or thugs will be cancelled by the commission.

Agboke said, “Hoodlums and thugs have no business at the polling units. Because, if they disrupt the election in a polling unit, that election will be cancelled by the INEC.

“And now, the election result in a polling unit will be unloaded on the INEC website.

“So, if we conduct an election in a place and the hoodlums hijacked it, that will not affect the sanctity of the election because the result has been uploaded on the INEC website.

“Even before we get to the collation centre, the election result is already on the website.

“So, hoodlums or thugs who want to disrupt the election are wasting time”.

While this may be enough to build the confidence of the electorates, Nigerians, particularly the #OBIdients movement, would require that INEC honor its words and even do more to ensure voters are not discouraged from turning out at the polls over security concerns, or that their votes won’t count.