Idomi: A Cross River Town rich in Culture and History

Idomi Okporoku is an ancestral town of the Yakurr people of Yakurr Local People Area of Cross River State. As early as 1660, the town has been in existence, Ilomi as it was initially called before the advent of the missionaries was a bare location Transversed by the early descendants from Elige, Akpa found somewhere around the present day Biase area in the Central Senatorial district of Cross River State.

It’s existence started over 400 years ago, during the long trek from Akpa when a certain hunter whose wife was heavily pregnant and was very due to deliver and couldn’t continue on the trek. He decided to take refuge under a Ficus tree now the local arena of the town. And behold, after a successful delivery, the man and family could not continue on the trek since they never knew the distance to which the trek would go. Hence they settled by the land later to be called Idomi.

And as it was with many thriving communities, life started and little huts were put in place to accommodate the hamlet. The following couple of years or so, the trek thus had already gotten momentum as a section were settled in Umor (Ugep) and some went further north to settle at Mkpani. These were years of great union of a people with one culture, one identity and most of all one that held so great love for each other.

One unique thing about the Yakurr people which Idomi is an appendage is that before the advent of Christianity, they believed a greater God more than the deity worshiped at that era was responsible for their fate. Mostly, the agrarian occupation was sorted for. In the 17th century, agriculture was the only main stay of the economy and the people engaged into it for obvious reasons. First and foremost, the fertile soil that aided the crops and the the thick forests that were home for wide animals that were hunted for food. More so, the spirit of entrepreneurship and industrious nature of the pioneers helped for a peaceful settlement. 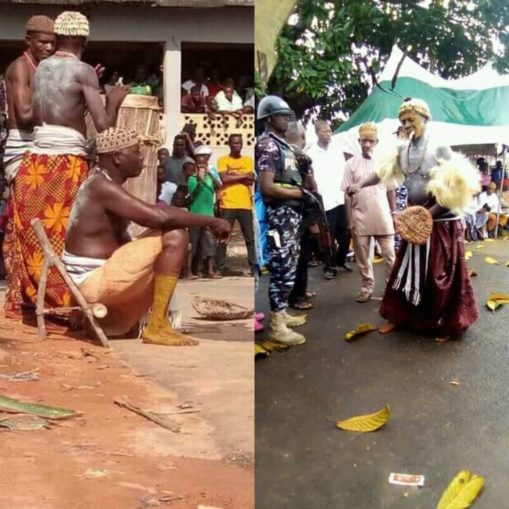 Idomi, I would say is a food basket town undoubtedly, the town having been endowed by fertile soil is a proud producer of Rice, cassava, edible fruits of all kinds, groundnuts, maize, cocoa, palm produce, coconut and variety of rich African delicacies that kept bringing visitors and lovers of the community to August visits. These include soup menu like Editang, Ikpaladidi (fern leaves), Likomowa (Yakurr version of Edikang ikòng), Kowewen Nana (Egusi soup), Atama, Kokana Nana (salad soup) among others. Other supple diets are Izakpo, Akara ke bèzin (cassava fried snack), cassava tapioca and many other modernised food supplement recently coined from the rich diet menu of the people.

With time, a king (Obol Lopon) was crowned from the Royal family House, Obol Isongawen took the mantle of leadership. Others came up in succession Obol Isu-Nta. After which the town has been ruled by the likes of Obol Obu, Obol Obla, Obol Ubana, Obol Richard, Obol Ujong, Obol Ibor then Obol Ekubi. These Obols administer to their subjects from the Obol Lopon Palace. They call for community gathering where important issues are discussed and disseminated. These meetings called Kipeli are also used to foster communal development and pacify the youths and able bodied men to maintain peace with the neighboring villages. 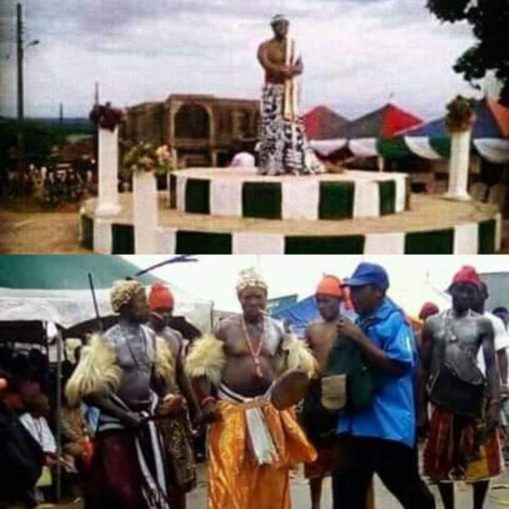 The Idomi ideology is that of love and harmonious relationship among fellow kinsmen. That which forbids killings and involvements into associations that are inimical to a peaceful coexistence. The promotion of our cultural heritage is nulli secondi, hence Idomi has been dubbed as the home of culture. Suffice,it to say that, the Obam war dance from Idomi participated in the FESTAC 77′ event and many their national and international events. Other prominent cultural groups include: Kojae; Oka, Gunnè, Etangala, Kepu, Ebilembi, Nnabor, Ligomi, Egbendum, Kotanakom etc. The Leboku New Yam is one festival that fast gaining international attention courtesy of MTN. A festival to welcome the new yam, coordinated by the Obol Leboku.

Most of the development before now has been the undoing of the Idomi Development Workers Union (IDWU) established in the early 70’s to improve on amenities, standard of living and wrought development in all spheres of life. Also the many age grades that sprang up later did a bit on their part to bring the much needed development.

Every September each year, Idomi plays host to the nation as dignitaries from all works of life,state governors, sons and daughters of the soil, friends and visitors congregate to enjoy the annual festival of “Leboku New Yam” festival. An event that brings to bare the rich cultural heritage of the Idomians. The jumbo yam harvest, the beautiful maidens with izzigida decorations, the plethora of groups on parade including the hunters, market women, farmers etc. And finally the Leboku dancers with their out of this world dancing step and several cash gifts to the Obol Lopon and his lieutenants called Binnah and the prime minister Obol Okpebeli. And the Chief Priest of Kezidom, Obol Kezidom. All these and more add glitz and razz matazz to the festival. A comprehensive description of the festival have been described in my other presentations.

Idomi consists of 9 compounds viz; Otalosi, Okom, Lekpankom, Egbizium, kekomkukuli, Lebolkom, Mfut, kekowa and Kekomkolo. The town is large enough to have two or more council ward with a sizable population to back up this claim. Sometime in 1991, the town was named as the local government headquarters of the canceled Yakurr North Local government area formed by the General Ibrahim Babangida, IBB regime. The town has since adapted to a refined and near developed 21st century modern town. We call on the Cross River State government to look inward and do the needful to garnish the beauty of this ancestral land that glows and radiate with sweet fragrance like the Lotus.

Ekubi Bassey is a public affairs commentator, he writes from Abeokuta.