Contracts have been activated for the completion of the Maintenance Repairs and Overhaul (MRO) facility and other works at the Victor Attah International Airport.

Similarly, plans have been concluded to ensure flights operations by Ibom Air at the Enugu International Airport later this month.

Governor Udom Emmanuel made these disclosures on Wednesday, while unveiling a new Bombardier CRJ900, with registration number 5N-BXO, as the latest addition to the fleet of the Akwa Ibom State-owned airline, Ibom Air.

The developments at the State-owned airport, he maintained, reaffirm his administration’s commitment to making Akwa Ibom an aviation hub for Nigeria and West Africa.

He assured that the new international terminal building currently under construction, is designed to meet the highest intelligence, smart standard and will match any of the internationally ranked terminals when completed.

Welcoming the new aircraft, the Governor Emmanuel, expressed delight for the addition and thanked God that while others are battling with the doomsday occasioned by the economic impact of the COVID-19 pandemic, Akwa Ibom people are celebrating expansion in their aviation business.

“On behalf of the government and people of Akwa Ibom State, including those in the diaspora, we appreciate God and everyone who has contributed in making this possible and we look forward to many more.

“We welcome the latest in our fleet, registration number 5N-BXO, COVID-19 compliant”, the Governor said. 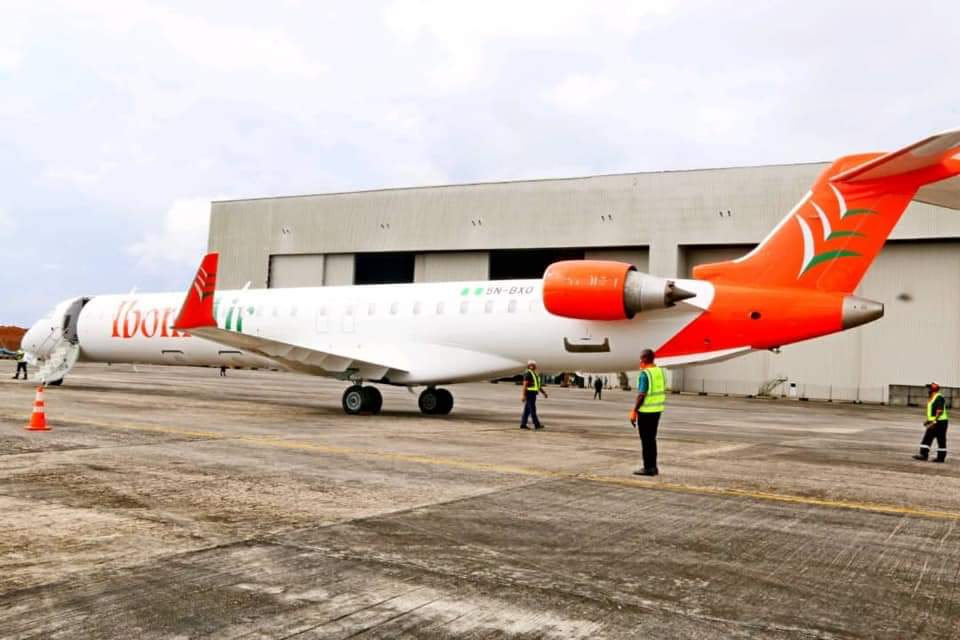 The State Chief Executive commended the Management and staff of Ibom Air for their commitment and show of professionalism, as he announced the assumption of duty of Ibom Air’s first female pilot, Captain Ruth Adebanwo, as pilot of the new aircraft.

“I want to most sincerely register my appreciation to the management team of Ibom Air. They’ve actually made us proud.

He described the accolades already trailing the qualitative customer service in the state-owned airlines as expected, stating that Ibom Air has already surpassed the customer satisfaction benchmark and now building customer enthusiasm as a stock in trade.

Earlier in his remarks, the Chairman, Ibom Airport Development Company Limited, Air Commodore Idongesit Nkanga Rtd., commended Governor Udom Emmanuel for developing the aviation sector in the state, adding that the governor has delivered on his promises to the people as captured in his completion agenda.

“Today we are going to unveil the 5th in the series of our aircraft”. 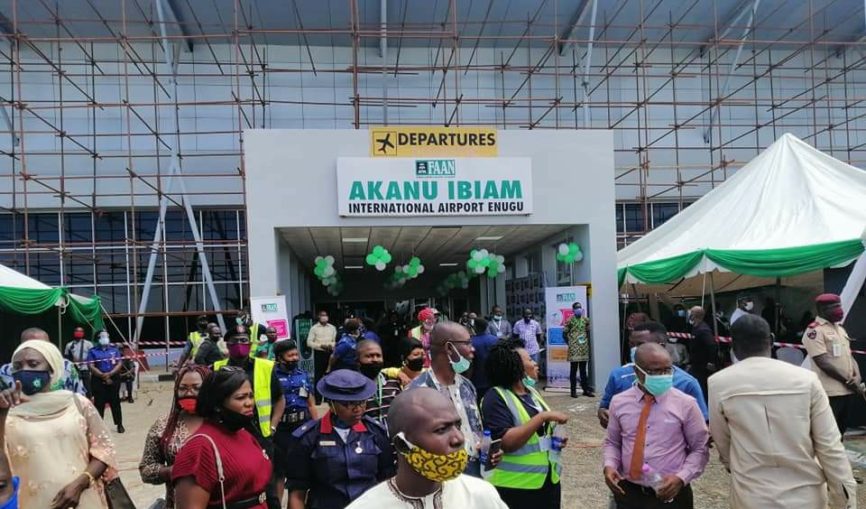 Nkanga stated that the Governor who is committed in his developmental drive will increase the number of fleets in the airline, noting that “Calabar route has commenced while Ibom Air will be airborne from Enugu International Airport from 14th September”, he said.