I guess he didn’t read the fine print Whenever a new format of media arises, parents will inevitably worry about it corrupting the youth. We saw it with radio, film, television and we definitely saw it with video games — and admittedly still do from time to time.


Even former United States President Bill Clinton pushed for research into the effects of violent media on children back in 1999 where one of his “strongest” examples was Guilty Gear of all things.


In a speech delivered at the Rose Garden nearly 23 years ago, President Clinton announced he tasked the Federal Trade Commission and Justice department to study if the entertainment industry was luring in kids to want to consume violent media.

“When violent entertainment made for adults is marketed to children, it undermines the rating system designed to protect them,” said President Clinton in the speech. “And if you look at some of these ads, it’s hard to argue with a straight face that the games were made for adults in the first place.”


One of his biggest targets aimed at gaming advertisements where he produced a handful of pages from magazines he felt were problematic.

These remarks recently resurfaced online thanks to Twitter user ALONEINFECTION when they shared a clip pertaining to a small fighting game from Arc System Works.

i cannot believe this pic.twitter.com/hvJUMi7yA3

“Here’s an ad that turns the argument I just made on its head: Psychiatrists say it’s important to feel something when you kill,” continued Clinton about a different unnamed game. “And then it goes on to say, you ought to get this technology because it bumps and you feel it. It says: Every sensation, every vibration, every mutilation, nine programmable weapons buttons. Customizable feedback software. Push the stick that pushes back and feel your pain. And here’s one that’s the most unbelievable of all. It says: Kill your friends guilt-free.”

That last ad in question was indeed for the original Guilty Gear with that tagline appearing above a younger Sol Badguy’s head.

Apart from the imagery used being about as non-threatening as a fighting game can be, I don’t think the president read the fine print.

At the bottom of the page, there are a few asterisks to help define Atlus’ “real message.”

Kill is just a more fun way of saying “beating your opponent to a pulp at Guilty Gear.”

“As Hillary pointed out in her book, the more children see of violence, the more numb they are to the deadly consequences of violence,” said Clinton in an April radio address to the nation. “Now, video games like ‘Mortal Kombat,’ ‘Killer Instinct,’ and ‘Doom’ — the very game played obsessively by the two young men who ended so many lives in Littleton — make our children more active participants in simulated violence.”

Mortal Kombat famously found itself embroiled in controversy earlier in the decade with its ‘realistic graphics’ and brutal Fatalities causing enough of a stir to lead to government hearings and in part the formation of the ESRB rating system.

While even the newer MK titles are still brought up for the question of if they’re pushing violent imagery too far, fighting games as a whole aren’t really used as a media scapegoat any longer. If fighting games did inherently make players more prone to violent outbursts, we’d probably be seeing a lot more people throwing hands at locals after getting throw looped four times in the corner.

Many of us have probably heard tales of stuff like that going down at the arcades in the ’90s, but that’s just kinda how some arcades were.

For anyone who’s taken a media research and relations course like me, you’ll probably already know that those studies linking violence to media have been pretty much debunked and discredited. People were plenty violent long before TVs were ever invented.

Nowadays, Guilty Gear is bigger than its ever been with the launch of Strive in 2021, so perhaps we should thank former President Clinton for making Guilty Gear more of a household name.

Note: The full video archive of the speech can be found here via C-Span, and the text can be found in the White House archives. 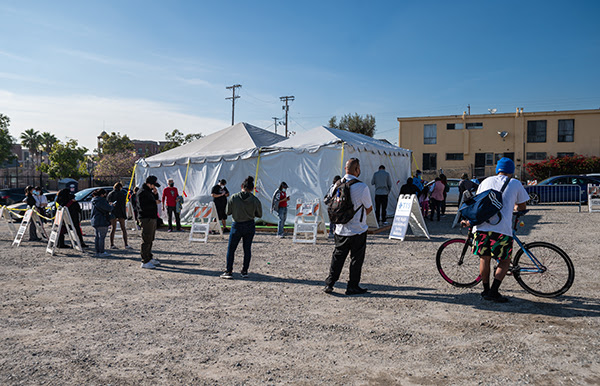