I am good to my wife because she is submissive, bows her head and folds her hands behind her back when I speak to her – Bayelsa lawyer says

A Bayelsa lawyer, Ebikebuna Augustine Aluzu, has said he is good to his wife because she is submissive, doesn’t check his phone, bows her head and folds her hand behind her back when he speaks to her.

Aluzu stated this in a Facebook post on Monday, December 5, while responding to a lady who said he is different from the image he portrays on social media.

“This man is a kind, loving, generous and caring man to his beautiful wife. Sometimes I pity young guys following his “Dear kings” series because he is living happily at home.” the lady added.

“Yes. I am good to my wife because she is submissive. When I speak to her, she bow her head and fold her hand behind her back,”

“She doesn’t check my phone. She was doing that when we got married newly but I told her I am a polygamous man and that she can’t be chasing away my potential second wife so she stopped,”

“She doesn’t expose her body parts to the public. She is very beautiful even without make up but she understands her place and she knows that I am the Prize. I found myself doing all she ask me to do for her effortlessly.

“I have several business which I run and she manages them. The question is can you do these things for your own man so he will be loving, caring and peaceful to you.” 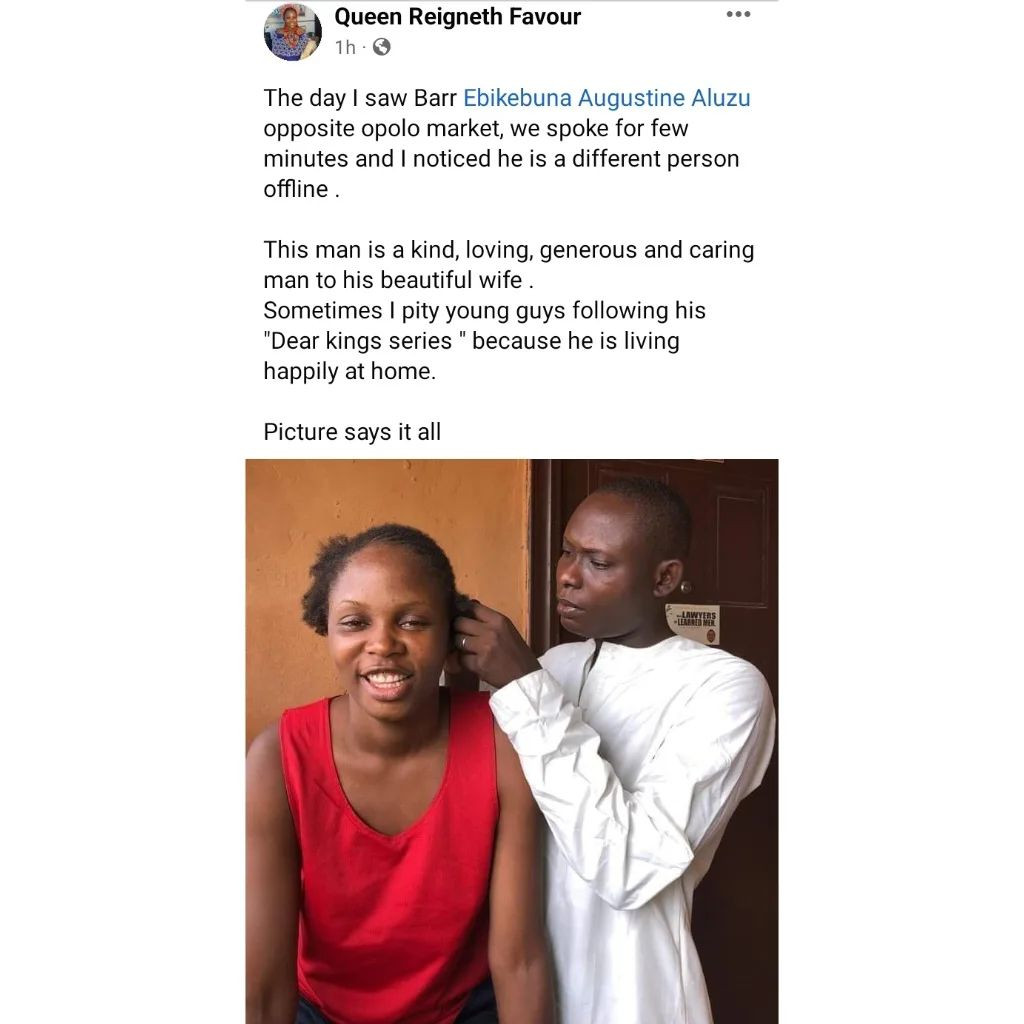 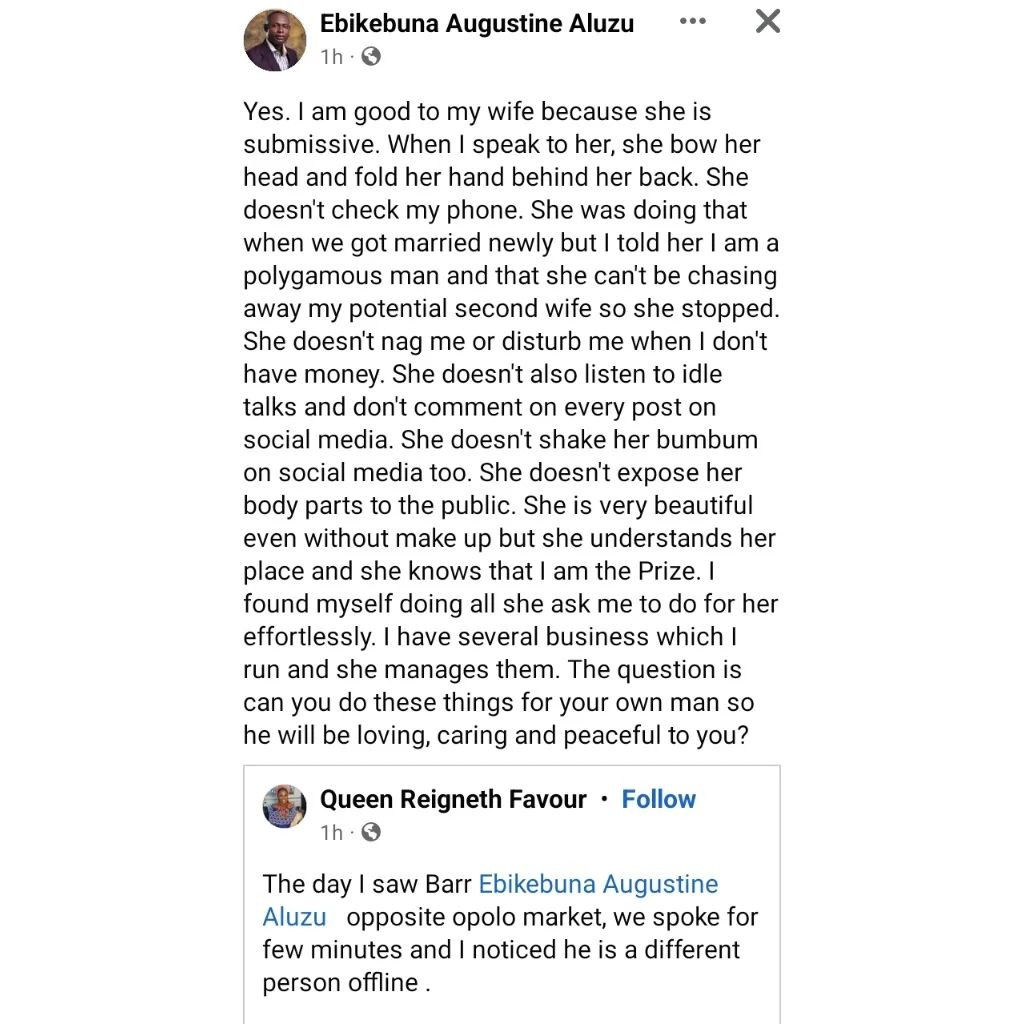 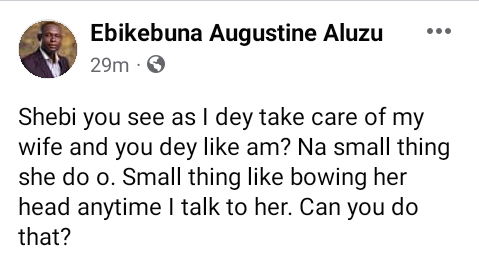 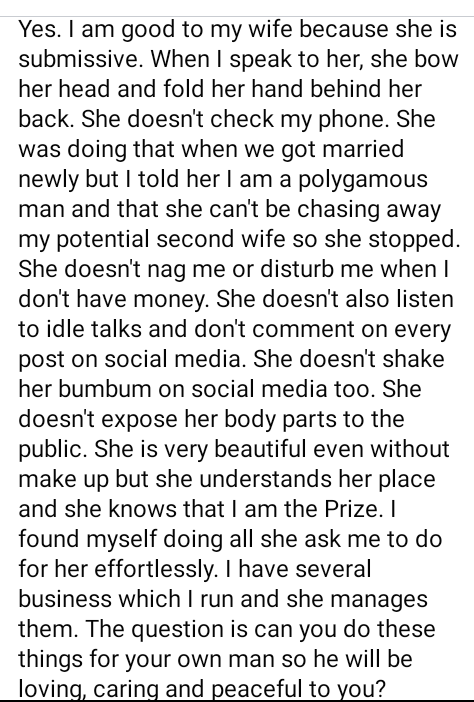 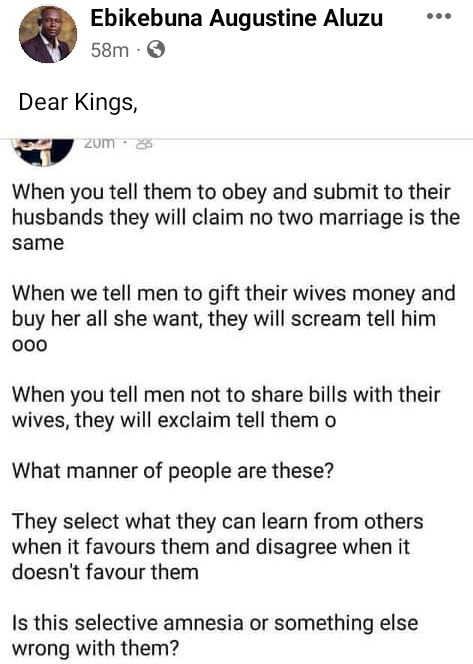 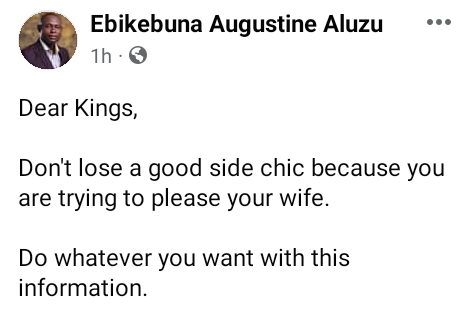