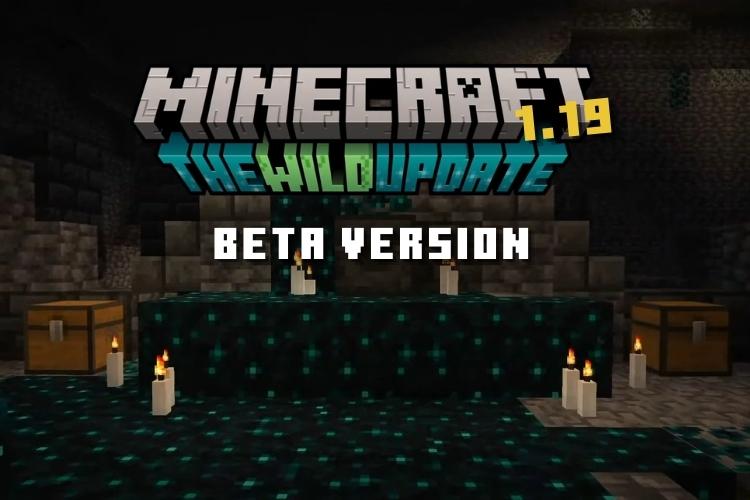 Thanks to the massive success of the Minecraft 1.18 update, players are already on the edge of their seats to experience the next big thing. Fortunately, what we are promised is nothing less. The Minecraft 1.19 update (or The Wild Update) is set to upgrade the existing Minecraft biomes. Each biome is expected to get new blocks, plantations, and new mobs in Minecraft 1.19. Beyond the new biomes in Minecraft 1.19, the update will also introduce two new mobs – Allay and Warden. Many of these new features have been in development since the Caves & Cliffs part 2 update announcement. Because of that, you can already test a slew of these upcoming features with Minecraft 1.19 beta right away. With that said, let’s not waste another moment and learn how to download and install Minecraft 1.19 beta.

Before we proceed further, keep in mind that the beta update is only available for Minecraft Bedrock Edition. That too, only on Windows, Android, and Xbox One edition at the moment. Java users will have to wait at least another month to access the new features in Minecraft 1.19. So, if you are not using Minecraft Bedrock on a supported device, you might have to wait for another few weeks. If that’s not the case for you, continue reading to learn how to download Minecraft 1.19 beta update.

How to Install Minecraft 1.19 Beta on Your Computer

Like most beta updates, the Minecraft 1.19 beta update is first available to only Bedrock users. So, if you are a Java user, you can either wait or finally switch over to the other side. Both editions are a part of the Xbox Game Pass. You can use it to have the best of both worlds. With that said, let’s begin by installing Minecraft.

1. Open the Microsoft Store by searching for it in the start menu. It’s available on both Windows 10 and Windows 11.

2. Then, search for “Minecraft for Windows” using the search bar at the top. You can go for any of the bundles or regular edition, as per your preference.

3. Finally, on the app page of Minecraft, click on the price or the install button. If you haven’t purchased the game yet, Microsoft will first collect your payment details. Meanwhile, if you already have the game installed, you will see a “Play” button instead.

Note: If you are an avid gamer, we suggest buying the Xbox Game Pass (visit link) to get free access to Minecraft and 100+ other games on your Windows PC.

Sign up for Minecraft Beta via Xbox Insider App

Once Minecraft is installed, it’s time to sign up for the beta program. Follow the steps below to enroll in Minecraft 1.19 beta.

1. In the Microsoft Store, search for “Xbox Insider Hub” using the search bar at the top. Once it appears, click on the install button to get the app. It will be installed almost instantly. When it does, click the “Open” button.

2. Within the Xbox Insider app, move to the “Previews” tab from the left pane of the app.

3. Then, if you have the right version of the game, the app will display the “Minecraft for Windows” option under “Available” previews. Click on it to open the Minecraft beta sign up page and click the “Join” button.

4. After you click the join button, Minecraft will present the conditions for joining the beta. If you accept them, you won’t be able to access Realms servers. Moreover, the worlds you create in the beta will be prone to errors and deletion in the final release. If the conditions are fair for you, click on the “Continue” button.

5. Beta applications usually take 24 hours to get approved. So, you need to wait for a few hours and check the Insider app again. When the application is accepted, the Xbox Insider Hub will show you the option to manage and leave the Microsoft 1.19 beta preview.

Finally, if you can’t get the beta update for any reason, you can check out our FAQ section. We have covered the most common errors and situations that can keep you from getting Minecraft 1.19 beta.

Once you have installed the update, open Minecraft and use the following steps to activate the Minecraft 1.19 The Wild features.

2. Then, click the “Create New” option on the next screen.

3. After that, turn on the “Wild Update” toggle under Experiments in the right-side panel within the new world settings. Minecraft will confirm the change by warning you about the experimental nature of the feature. You can also set the game mode to creative for easier exploration.

Just like that, you are now ready to explore all the amazing 1.19 features early. Do keep an eye on the Microsoft store for future Minecraft beta updates.

How to Get Minecraft 1.19 Wild Update Beta on Xbox One

Since Microsoft took over Mojang, the studio behind Minecraft, it has been keeping Xbox One and Windows on the frontier of the latest updates. Because of that, you can use the same steps described above to get the Minecraft 1.19 update on Xbox One. You need to install the Xbox Insider app on your Xbox One. Then, you can apply for the Minecraft beta within the app. Other consoles or editions of Xbox haven’t received the 1.19 update right now.

If you are someone who prefers to build worlds or go on adventures on their mobile device, follow these steps to install Minecraft Pocket Edition 1.19 beta update on your Android device:

1. To begin, search for Minecraft on the Google Play Store. If you haven’t played it before, you will have to purchase the game first. It costs $7.49 (or Rs 650 in India).

2. Then, scroll down on the Minecraft app listing until you find the “Join the beta” section. After that, tap the “Join“ button to apply for the beta.

3. You will now see a warning pop-up reminding you that beta builds could be buggy and unstable. Tap the “Join” button to continue. You might have to wait up to 24 hours to receive the beta update. Refresh the app listing page to see the “Update” button and download the new MCPE 1.19 beta update 0n Android.

4. After receiving and installing the beta update, open the game and tap the “Play Beta” button.

5. Then, you need to create a new world in Minecraft on your Android device. But first, make sure to turn on the “Wild update” toggle under Experiments in the right-side panel. Minecraft will warn you about the experimental nature of the features.

6. Then, in the newly created world, you will find all the new features, including and especially the new mobs in Minecraft 1.19, accessible through the creative inventory.

Due to a certain bug, the Xbox Insider app might show that you have joined the Minecraft beta program even when you are not a part of it. The best way to verify a beta update is by checking the version number in the Microsoft Store.

Which devices can use Minecraft 1.19 beta?

As of January 2022, Minecraft 1.19 beta is only available for Xbox One, Android, and Windows.

When will Minecraft Java receive the 1.19 beta update?

Unlike Minecraft Bedrock, the Java edition only gets the beta or snapshot version a month before the official release. So, Java users might have to wait for a while before getting the Minecraft 1.19 snapshots.

Is Minecraft 1.19 beta different from snapshots?

Minecraft beta versions and snapshots are the same. Though, the beta versions are exclusive to the Bedrock edition and arrive way earlier than snapshots. Minecraft uses separate terms for both editions’ updates to keep things simple and clear.

With that, you are now ready to download and install the Minecraft 1.19 beta. It allows you to access all the new mobs of Minecraft 1.19 that are part of the beta. The future updates might even bring the allay and the warden to the game, although that might be a few versions away. But if you don’t plan on waiting, you can install Forge in Minecraft, as it will allow you to install the best Minecraft mods. You can then get mods that bring the 1.19 features earlier to the game. With that said, what features are you most excited to test in the upcoming Minecraft 1.19 beta snapshot updates? Tell us in the comments below.