How Russian Technologies Will Survive Without Chips?

Russia calls the war in Ukraine a “special operation”. Whatever it is called, many European countries headed by the US government announced comprehensive sanctions against Russia. Myriads of major brands have already left Russia. And what’s worse in terms of technology development many chip manufacturers stopped supplying chips to Russia as well. Among them, we can mention AMD, Intel, and TSMC. So Russia’s already weak chip industry has become even worse.

Although Russia’s total chip purchases account for only 0.1% of the world’s total, this will have a fatal impact on the country’s economy and technological development. For instance, the two most important processors in Russia, Baikal, and Elbrus are manufactured by TSMC.

China And Russia Are In Similar Situation

In fact, there are many similarities between the current chip industry in Russia and the development of the chip industry in China. Both are facing serious import and export deficits, backward chip manufacturing processes, and trade sanctions in Europe and the United States.

In 2020, Russia’s total imports of integrated circuits, diodes and transistors, and semiconductor devices reached $1.39 billion. At the same time, the total exports reached $94 million. What’s worse, the total production is only about $19 million. Not only that, the output of integrated circuits has fallen sharply compared with previous years, about 900 million in 2019 and 220 million in 2020.

In terms of the manufacturing process, the Russian process level is also quite backward. The process level of Mikron, the largest chip manufacturer in Russia, only reaches 65nm. While you are laughing at this data, you should also know that other companies are far inferior to Mikron. (For those who are out of the loop, the current Qualcomm Snapdragon 8 chip is made with a 4nm process node.) Anyway, Mikron has begun to build factories for 28nm and below processes. But it has not been able to meet expectations due to equipment and other reasons.

Making Chips Is Not Cheap

Honestly, we know that the cost of the manufacturing process is very huge. According to Russian experts, it will take nearly $10 billion to build a complete chip industry chain in Russia. The Russian government has stated that by 2024, the total investment in microelectronics will be about $3 billion. Thus, in the near future, Russia might forget about a competitive chip industry. That’s why many Russian experts believe that there is basically no chance for Russia to make breakthroughs in the field of chip manufacturing.

The Russian government also tends to support the fabless model, giving design companies a very large preferential tax policy. The corporate income tax rate has even dropped from 20% to 3%. Therefore, Russia still maintains the world’s leading position in the fields of electricity, microwave, optoelectronics, quantum telecommunications, and other high-level fields.

However, as early as 2013, the European Union, the United States, and its allies have begun releasing various sanctions for Russia’s defense industry. At that time, the Russian government proposed a “package” import substitution plan from military aviation to commercial and civilian use. Moreover, it invested heavily in the development of domestic microelectronics. However, due to technical limitations and technological difficulties, Russia mainly invested in the field of design and packaging. That’s not difficult to guess that a large number of manufacturing operations were handed over to OEMs in China and Taiwan. 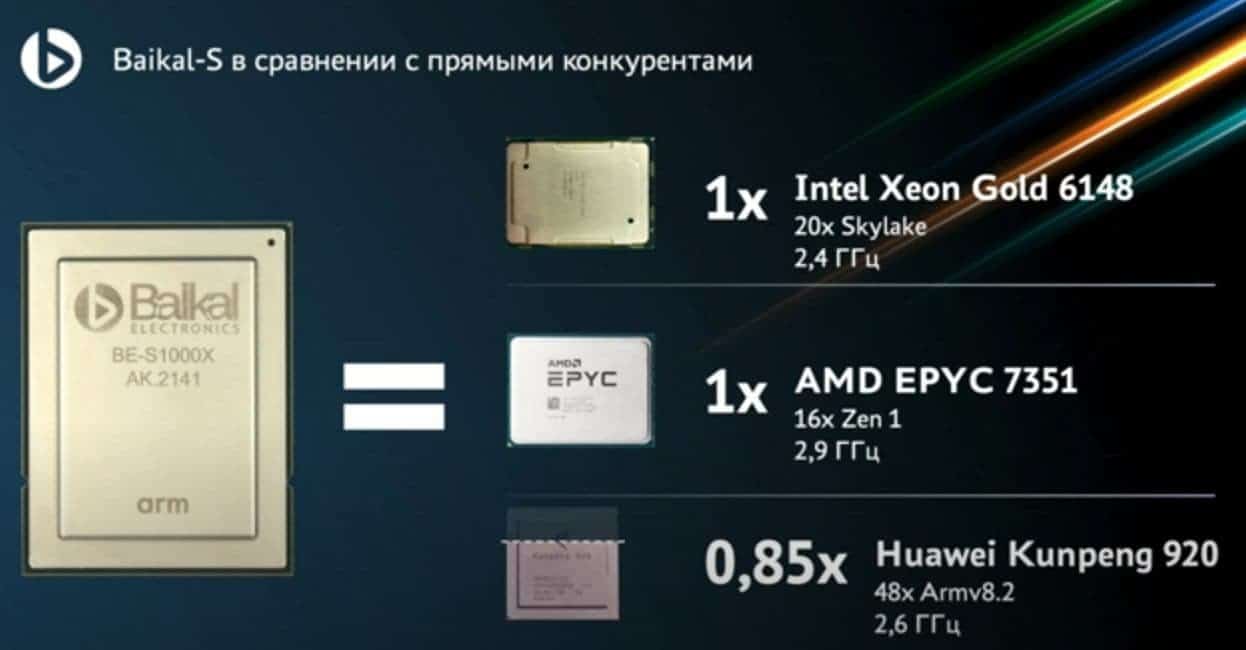 TSMC manufactures the two most important processors in Russia, “Baikal” and “Elbrus”. The “Elbrus” processor is also a key chip for the information security of the Russian defense industry. So the interruption of TSMC’s supply will be “devastating” to the Russian army’s chip manufacturing.

Andrei Yevdokimov, general manager of Baikal Electronics, optimistically expressed in May last year that the European and American sanctions would not affect the company’s processor production. At that time, he probably did not expect TSMC to join the sanctions.

Is China The Only Solution For Russia?

In the face of these sanctions, seeking chip supply from China may be the only solution. Russian experts believe that even technically speaking, Chinese manufacturers are still behind the world’s top-level to some extent. On the other hand, the manufacturing volume could be sufficient to meet Russia’s demand.

However, some experts still believe that due to the global chip shortage, China cannot quickly rebuild the supply chain and supply the Russian defense industry in a short period of time. Chinese private companies are unlikely to risk sacrificing the US market for the Russian market. After all, the Russian market is much smaller than the US and Europe. Plus, China worries about secondary US sanctions.

“What’s more, the Chinese chip manufacturing process itself is also subject to export controls by the United States.” Russian expert Leonid Kovacic believes that under the current situation, China is unlikely to help Russia fill the emerging technological gap.

When TSMC announced that it would join the sanction, Belarusian President Alexander Lukashenko said that Belarus was ready to support Russian chip production as an alternative to foreign supply. However, the largest microprocessor manufacturer in Belarus is Integral in Minsk. The company’s highest technology is only 350nm process products, which is far from meeting the demand.