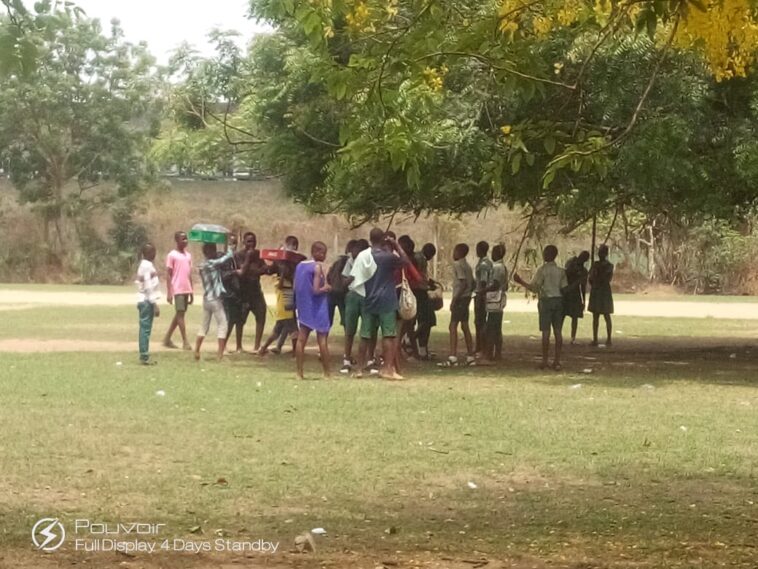 Education is vital to meeting all the other Sustainable Development Goals (SDGs) because it gives the next generation the tools to fight poverty and prevent diseases.

A report by United Nations Education Scientific and Cultural Organisation (UNESCO) and the United Nations International Children Emergency Fund (UNICEF) in 2015, showed that the world had about 58 million out of school children.

While it is important to note that more than half of these children live in sub-Saharan Africa, Nigeria, nay Cross River should know that it is in this region and shares in this burden.

A few weeks ago, a video went viral on the social media of an altercation between Mr Castro Ezama, Special Adviser to Gov. Ben Ayade on Education and a female staff of one of the primary schools in Cross River over the issue of sending children home from school for not paying fees.

While Ezama argued in the video that the public schools in the state had no right to send children home for not paying fees, the lady who refused to be intimidated by a governor’s aide, told him bluntly, “SA on education, go and meet the Commissioner for Education.

The deflated SA left the school premises but not before making his final statement which was “I am not an SA to the commissioner but an SA to the governor.”

When contacted, Ezama confirmed the incident and said that the stand of the government of Cross Rivers was that education was free and compulsory in the state.

“I am surprised we still send children home for fees; this is illegality perpetrated by headteachers, some of whom have told me that they are being instructed from the zonal level to collect these fees.

“The Commissioner for Education to the best of my knowledge has never instructed that children should be sent home for not paying fees.

“For any school official to do this, they must be empowered with a document that allows them to do so, but there is no such document from the state government,” he said

It is not news to residents of Cross River that students of public primary and secondary schools are sent home for unpaid fees. In actual fact, it is one consistent anomaly that has continued to baffle people who hardly question the practice.

While residents who know the importance of education wonder why this was so, the children who are seen in their numbers in major parks play away, joyfully, during the remaining school hours in their distinctive uniforms.

A senior student of Government Secondary School, Idang in Calabar South Local Government Area who shielded his name, told NAN that they pay about N7,000 termly while those in the JSS 1 and 2 pay about N4,500.

Also, another student from the Government Technical College, Mayne Avenue said they paid as much as N17,000 in the first term and paid N6,000 for the second term.

To get more clarification on the matter, I visited Dr Godwin Amanke, Cross River’s Commissioner for Education who maintained that education in the state was tuition-free except for a few charges.

According to him, these levies were for the children in public primary schools and had been there before he assumed office, claiming that he had not approved any new charges since he took over.

“Any headteacher who is charging more than these in our primary schools should be reported to me. As for the children in the secondary schools, I do not have that record.

“However, on the issue of the Young Farmers Club and the National Identity Number (NIN) registration for students which I approved, it was a circular from the Federal Government.

Speaking further, Amanke maintained that sending children home from school has become an old tradition in the state that the people had imbibed and he does not know how to stop it.

He said the aim was to force the parents to pay the charges even though tuition in the state was free.

“The headteachers only appeal for the collection of extra charges to enable them to pay for security in the school, buy chalks and other materials, conduct examinations, sink boreholes, carry out renovations of the perimeter fence and the headmaster’s office.

“All these are supposed to be the responsibility of government but as a system, it is impossible to carry all these burdens at the same time.

“If our parents who should cater for the educational needs of their children are responsible, how much is N1000 in a session that they can’t pay,” he questioned.

In one of the secondary schools visited in Calabar, (name withheld) the visibly terrified principal who pleaded to be anonymous said education in Cross River was not free.

He said there are other charges the children are made to pay but it was only the ministry of education that could clarify this.

“The principals are only used as tax collectors, they cannot just go and start collecting money from the students without approval from the ministry.

“What is happening is that there are a lot of charges coming from the ministry and signed by the commissioner for education and if you don’t collect, you are in trouble.

“Previously, we used to have enrollment and levies’ payment later but today when auditors come, they look at the list of your enrollment and ask for the fees of each of the enrollees, you are held responsible if you don’t have it.

In another secondary school, (name withheld) the principal said: “I cannot speak on the matter but all I can say is that education is not free in Cross River.”

In his remarks, a parent, Mr Martin Ofoegbu, said all he knows was that fees are paid in the state’s public schools because there are always fee drives

“If the state claims that education is free, it means schools have no right to send children out of the classrooms because they have not paid certain fees.

“I believe tuition is part of whatever they are asked to pay for in disguise and that is why they are sent home,” he said.

Another parent, Mr Joseph Bassey said his son attends State Housing Primary School, Calabar and on the day of enrolment, he asked the administrator why they collect school fees when it is supposed to be free.

“She said the school collect these monies to solve their challenges, including settling inspectors who used to come suddenly in the past but today, inform you of their coming, telling you to prepare their envelopes,” she said.

A few months ago, the media reported the bitter experiences of teachers who, during the statewide labour strike said their working conditions were so poor, that they even had to buy chalks themselves to teach the children.

This revelation was corroborated by some students who said sometimes, school administrators tell them bluntly that if they did not pay the levies imposed on them, teaching and learning would not go on.

The question in all these is: how can education in a state be considered free yet the students have to pay charges for the everyday running of the school?

Again, if sending students home during fee drive was illegal, how come it has remained over the years and no headteacher, school administrator or principal has been sanctioned?

Why are school administrators too terrified to talk about these levies?

Reacting to the situation, Dr McFarlane Ejah, Country Director, International Training, Research and Advocacy Project said it is difficult to understand what the government means by saying education in the state was free.

“I run a Non-Governmental Organisation (NGO) which works with young people in school and have had to pay fees of about N6,000 for some of them in public schools, for each term.

“Everyone in the state knows that children are sent out of school for fees, some cannot write their examination or even get their results, so I wonder which aspect is free, they have to clarify.

“I think we need to look at our educational policy and ask ourselves what we really want and how much we are committing to develop the dilapidated structures in our schools and our teachers,” he said.

However, in many developing countries, families often cannot afford to send their children to school, leaving millions of children of school-age deprived of education.

The quality of a society’s future is dependent on the premium it places on education today.

This is because it will either give birth to a generation of technocrats that will take it to the next level or a bunch of ill-equipped citizens that would only continue to wonder at what is going on in other societies.

The time to act is now. 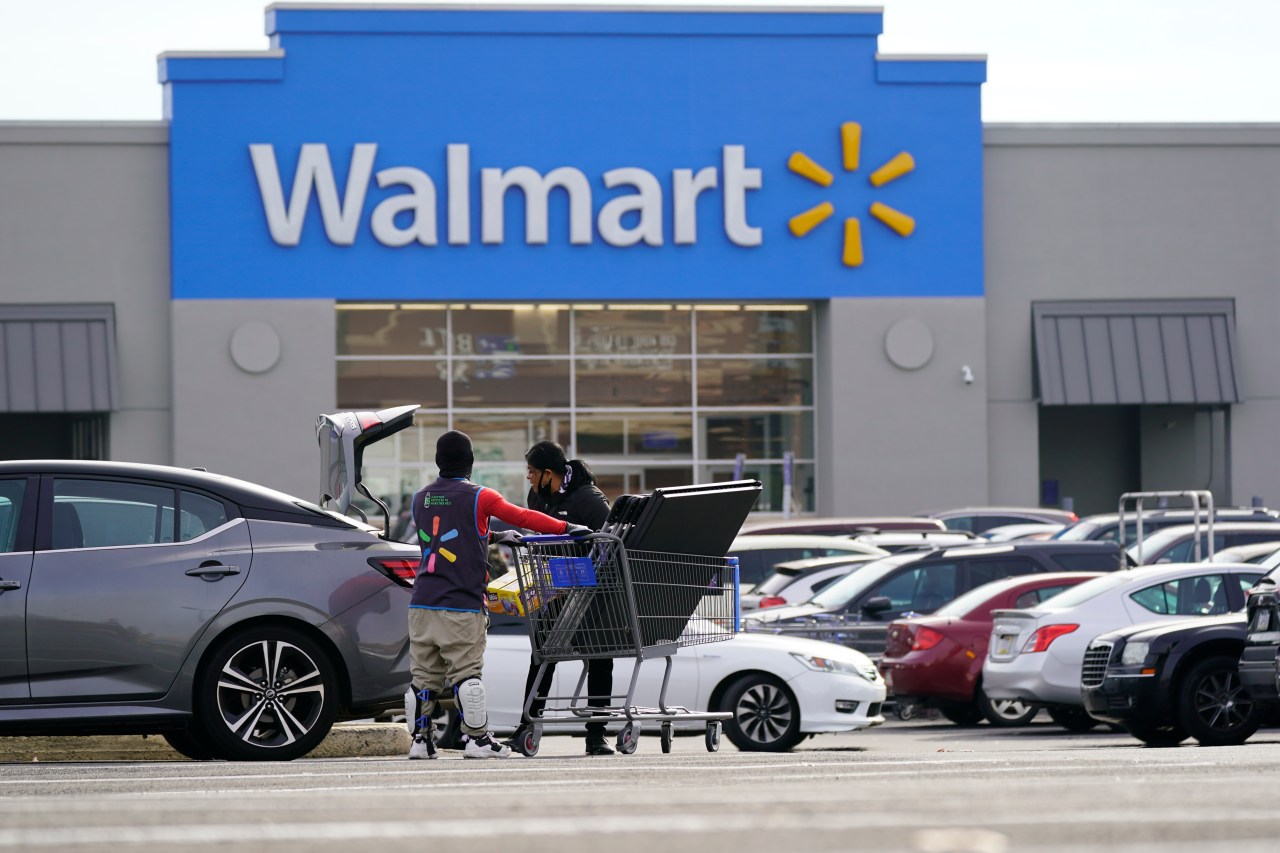