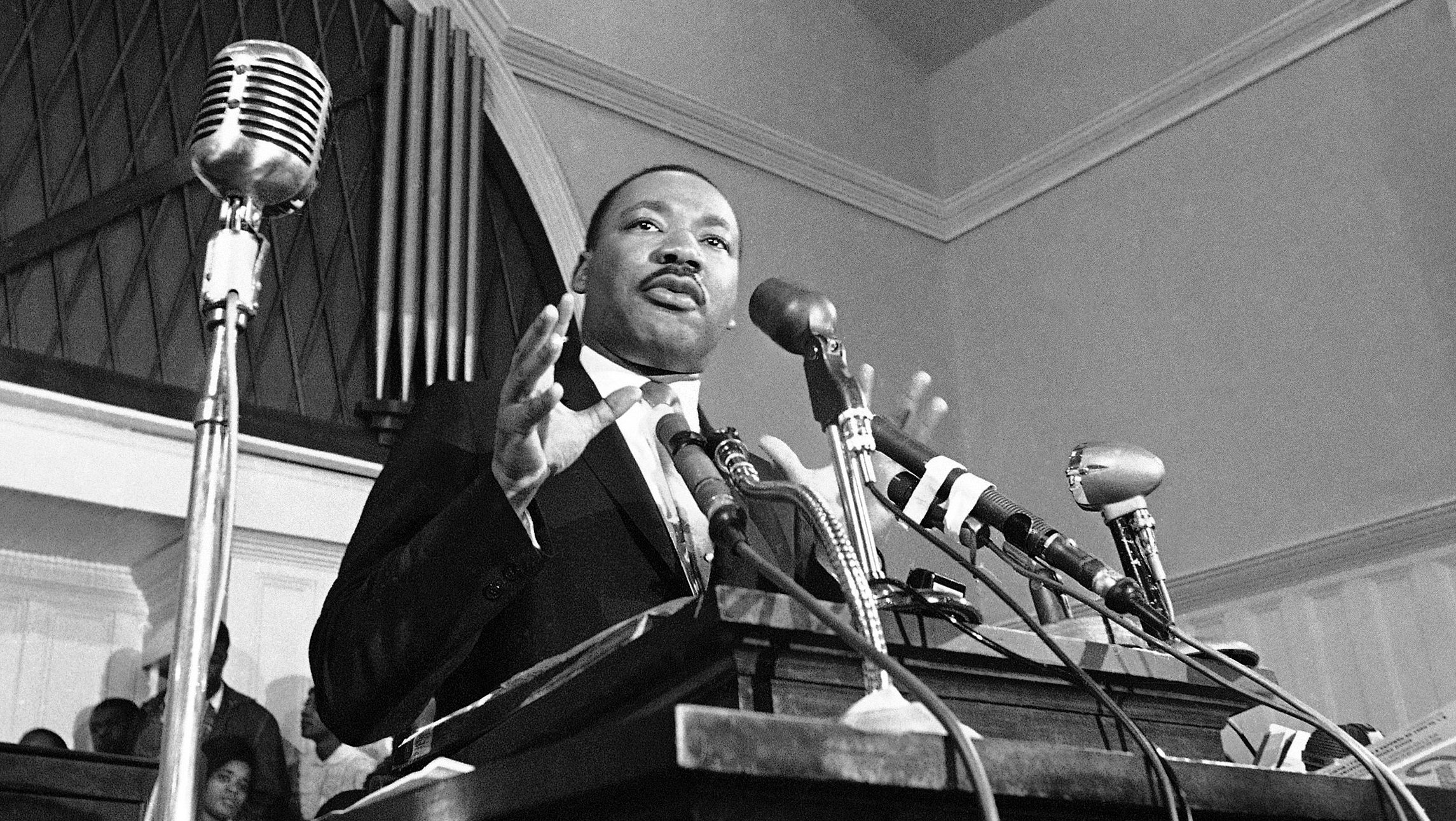 During an official visit to Washington DC in 1962, Cameroon’s founding President Ahmadou Ahidjo informed President John F. Kennedy of his displeasure over anti-black racism in the US. Ahidjo met and praised the leadership of the National Association for the Advancement of Colored People (NAACP), the oldest African American civil rights organization, for its willingness to unite with Africa “in a world-wide movement to fight against the evils of racial discrimination, injustice, racial prejudices, and hatred.”

He later wrote that:

Each time a black man [and woman] is humiliated anywhere in the world, all Negroes the world over are hurt.

President Ahidjo called for a united front between Africans and African-Americans to confront anti-black racism.

He was not the first postcolonial African leader to make such a request. Ghana’s founding President Kwame Nkrumah’s Pan-Africanism was a message about black upliftment and unity, and his close ally, Sekou Touré of Guinea, advocated similar objectives.

Those calls for a crusade against anti-black racism were deeply rooted in the best of African nationalism.

On the other side of the Atlantic, calls for collaboration to end racism were also taking place. A leading proponent of that message was Rev. Martin Luther King Jr. He and many in his generation rejected the negative proscriptions of Africa, and called for Africans and African Americans to join forces in the anti-racism crusade.

They spoke fondly of their roots in Africa:

we are descendants of the Africans…our heritage is Africa. We should never seek to break the ties, nor should the Africans.

Africans and African-Americans must rekindle the spirit of collaboration and cooperation which existed among Black nationalists over half a century ago to counter the rising tide of anti-black racism in the US. It was a relationship which came with mutual political, economic, and cultural benefits.

I am a scholar of modern African history with particular emphasis on Africa-US relations and have published extensively in the field. My latest publication, on Cameroon-US relations, among other things, addresses the importance of the collaboration between Africans and African Americans to uplift Black people.

King’s knowledge of Africa evolved slowly, and was initially peppered with the usual beliefs of African backwardness. But a trip to Ghana was transformative. In 1957, President Kwame Nkrumah invited him to his country’s independence ceremony.

King honored the invitation. During the ceremony King “started weeping… crying for joy” when the British flag was replaced with the Ghanaian flag. He spoke endlessly about the endurance, determination, and courage of the African people. The anti-colonial struggle in Ghana mirrored what was taking place all over Africa.

Later, King noted that Ghana’s independence will have worldwide implication and repercussions — not only for Asia and Africa, but also for America.

This gave African Americans new insights about the anti-colonial struggle.

Increasingly, King saw parallels between the anti-colonial movement in Africa and the civil rights struggle in the US. In his sermon, “The Birth of a new nation,” he stated that the Ghana example reinforced his belief that an oppressor never voluntarily gives freedom to the oppressed.

He added that nonviolence was an effective tactic against oppression.

European colonialism of Africa and segregation in America were both “systems of evil,” he wrote, and summoned all to work to defeat them.

While racial segregation remained entrenched in America, the tide of independence was changing quickly in Africa. In 1960, 17 African nations gained independence. They took their anti-racism message to the United Nations, where they chastised the US for its failure to stop anti-black racism.

African representatives in the US were often victims of American racism. Given the Cold War, US Secretary of State Dean Rusk stated that one of America’s major Cold War problems was the continuous anti-black racism in the country.

African nationalists such as Nnamdi Azikiwe, Tom Mboya, Hastings Banda were “popular heroes on most Negro college campuses”, King stated. He urged African governments to do more to support the civil rights struggle of “their brothers [and sisters] in the US”.

In addition, newspapers in several African nations used the treatment of African Americans to question the role of America as the leader of the “free world.”

Ebb and flow of the relationship between Africans and African-Americans

King and his contemporaries took seriously the partnership with Africa. African American leaders, activists, and scholars alike turned to Africa for inspiration. For example, WEB Du Bois, whose credentials included being co-founder of the National Association for the Advancement of Colored People and the Pan-African movement, relocated to Ghana. Stokely Carmichael (Kwame Ture), who introduced the Black Power concept in the civil rights movement settled in Guinea. Many others immigrated to Africa.

Poet and civil rights activist Maya Angelou was transformed by the African experience. She wrote:

The 1960s and 1970s were decades of remarkable collaboration and cooperation between Africans and African-Americans.

American political leaders took note of the collaboration between Africans and African-Americans. President John F. Kennedy, the first American president to treat Africa with respect, created a more informed US foreign policy towards African—in part to woo the support of African-Americans in elections.

Kennedy’s policy was later abandoned by his successors – some of whom reverted to referring to Africans as “cannibals” and “genetically inferior.”

Those new policies coincided with a deep level of ignorance about Africans by African-Americans and vice-versa. And little effort was made by each side to bridge the gap. African Americans increasingly saw Africans through a stereotypical lens invented by the western society to justify colonialism and slavery.

But the tide may be changing. There was renewed interest following the release of the movie Black Panther which showed Blacks as capable, determined, and possessing civilization. Following the murder of George Floyd in Minneapolis, Minnesota, the African Union publicly condemned America for its continuous racism against blacks.

The spokesperson Ebba Kalondo issued a strong condemnation of the continuing discriminatory practices against Black citizens of the United States of America.

Kalondo demanded a full investigation of the killing.

This new position may rekindle the spirit of cooperation and collaboration which characterized the King era. A major part of ending anti-black racism in the US is to learn about the role Africa played in shaping the idea of the west and Africa’s contributions to global civilizations.

That knowledge will implode centuries-old myths of Africa’s backwardness and incapability. It is up to African Americans to champion that conversation in university classrooms and many other public spaces.

Finally, what King said about Africa as full of “rich opportunities”, inviting African Americans to “lend their technical assistance” to a rising continent remains as true today as it was when he said it nearly 60 years ago.

The failure to do so has increasingly ceded the ground to other actors who continue to exploit the continent.

This article is republished from The Conversation under a Creative Commons license. Read the original article.

Sign up to the Quartz Africa Weekly Brief here for news and analysis on African business, tech, and innovation in your inbox. 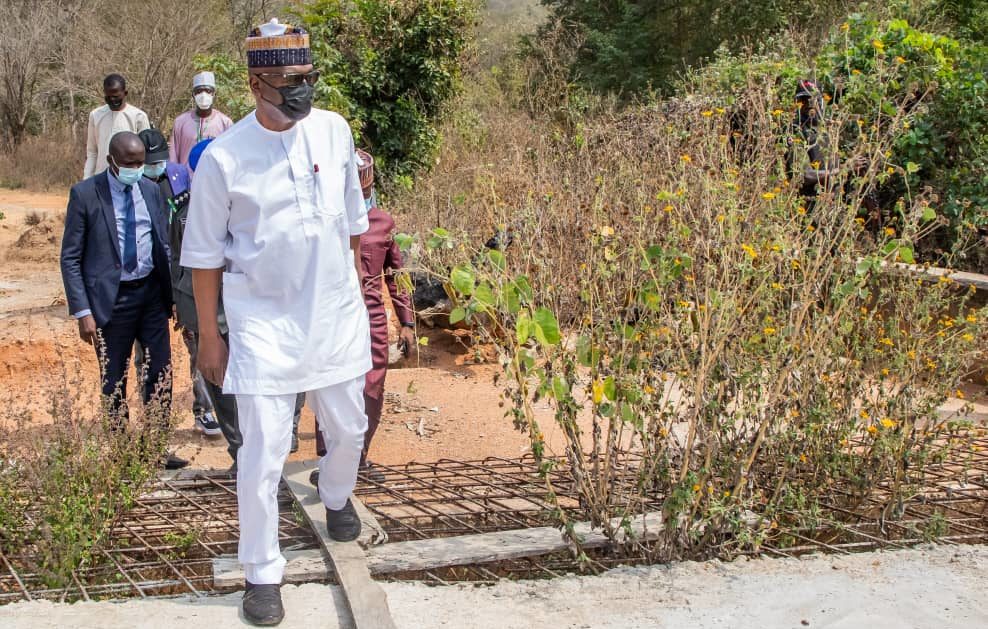 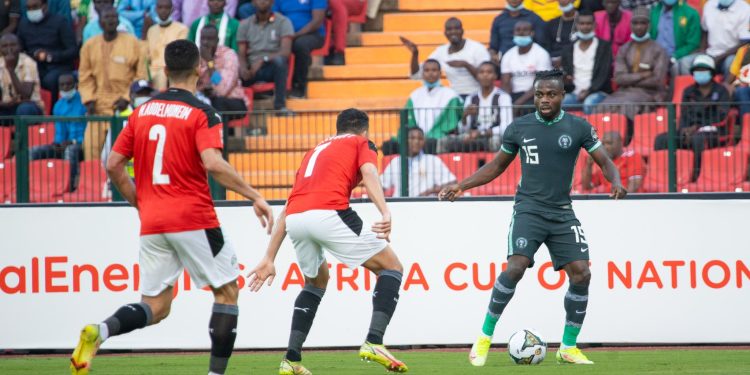