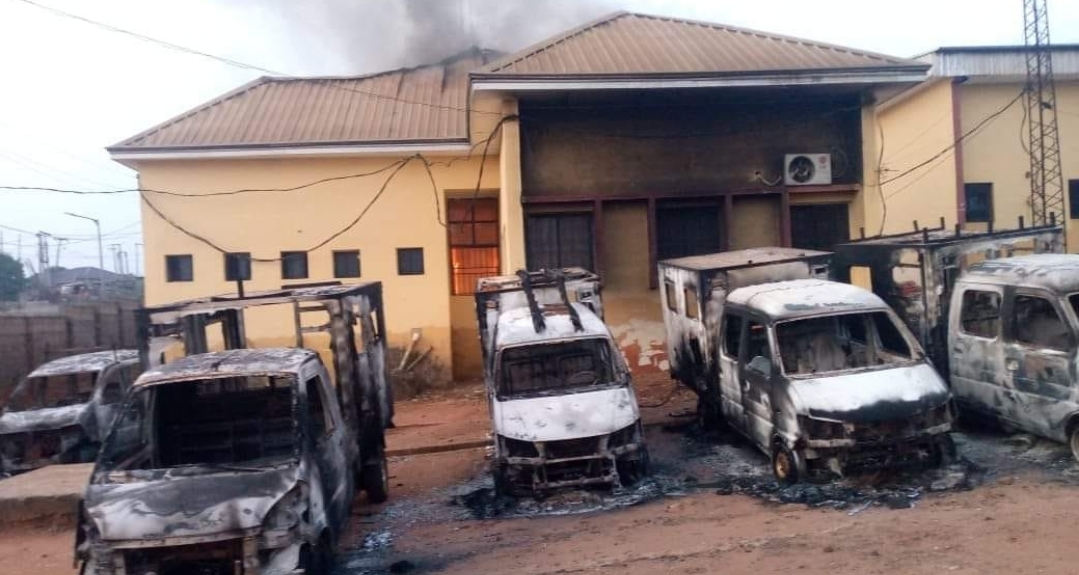 The police command in Anambra has confirmed that arsonists burnt the headquarters of Idemili North Local Government Area in Ogidi, Anambra State, in the early hours of Monday.

Mr Ikenga added that a combined response by security operatives and the natives helped to repel the criminals.

He further said enough security operatives were drafted to the area and firefighters, who quickly put out the fire and restored normalcy in the area.

Meanwhile, a source disclosed that the arsonists burnt down buildings within the complex, including the magistrate’s court building and office of the Enugu Electricity Distribution Company.

He also mentioned that operational vehicles parked on the premises were destroyed.

However, he said no casualty was recorded during the attack.