Rt. Hon. Joseph Bassey is the Deputy Speaker of the Cross River House of Assembly. He is a third-term legislator who represents Calabar South II in the House.

He is one lawmaker that has a cheerful disposition and a touch of a smile when interacting with his constituents, friends and well-wishers.

Perhaps, he enjoys the goodwill of his people, hence his long stay in the legislative chambers.

Before now, the state of the Government Primary School in Mayne Avenue, Calabar South, was an eyesore. The school got so dilapidated that it became a den for suspected hoodlums and drug addicts.

But, findings revealed that he adopted the school, embarked on the total renovation, completed the process and handed it over to the government through the headteacher of the school and the PTA Chairman.

With this laudable initiative, the Deputy Speaker has indeed contributed his quota towards improving teaching and learning as the basis for the educational growth of the pupils. 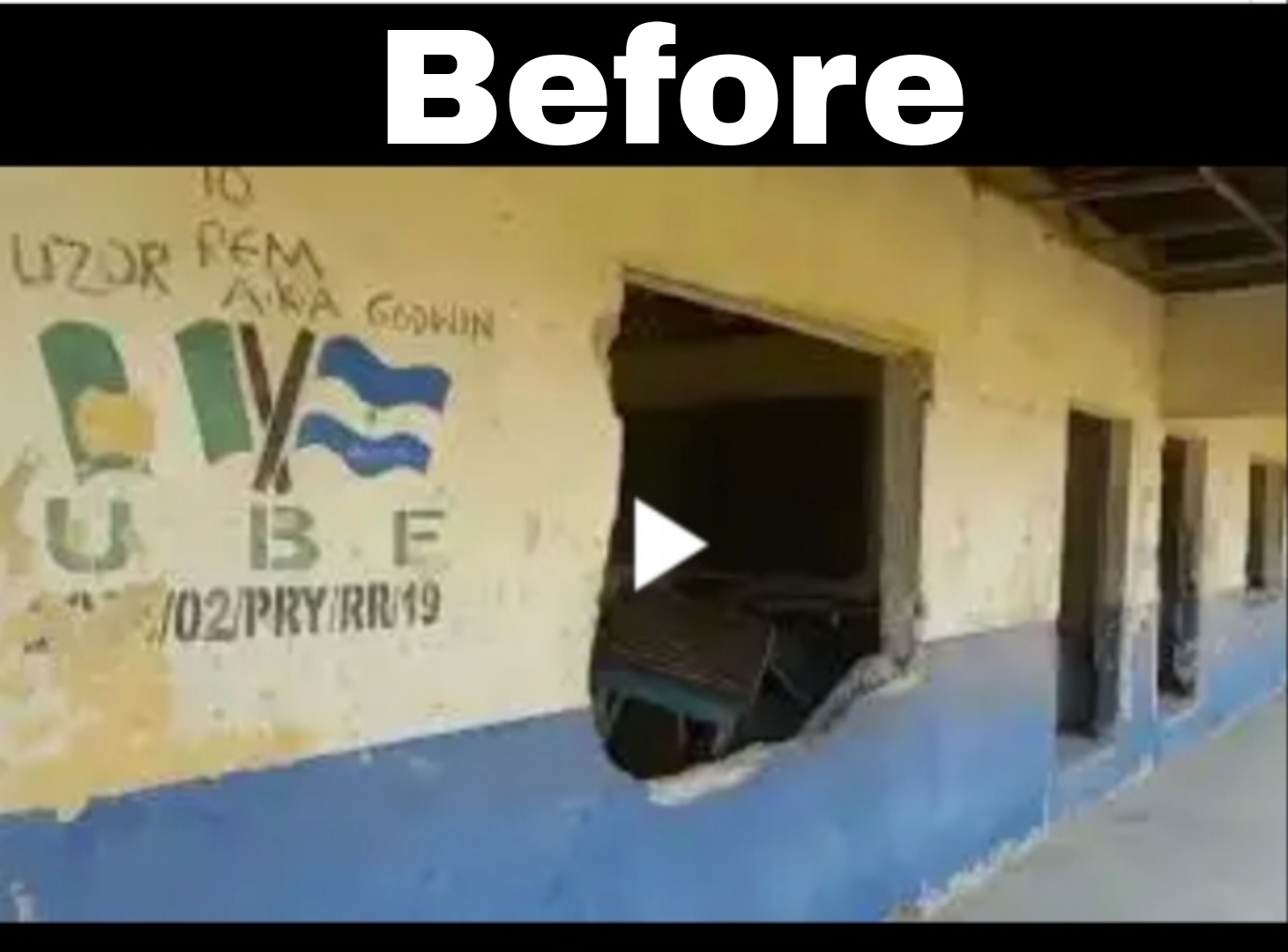 Commending the gesture of the Deputy Speaker, Head Teacher of the school, Mrs Nsa Efiok, said she was not only happy but prays God’s blessings on the donor for coming to their aide.

She disclosed that the sorry state of buildings in the school had made learning difficult and the school environment had become hazardous for the pupils who had to be moving their desks and other belongings in and out of the classrooms both before and after school hours.

While appreciating the donor, she also called on the government to come to their aid and provide a lasting solution to the security challenges facing the school as well as assist in the provision of school desks for the pupils which she said were also stolen and destroyed by hoodlums.

“I am very grateful to the donor. I got a call some days ago about the renovation of this block, although the brain behind the renovation was hidden to me, I sincerely appreciate whoever God has used to do this.

“You needed to see this building before the renovation; it was nothing to write home about. The doors, windows and PVCs were removed by hoodlums and they were using here as their hideout.

“But today, the story has changed; as you can see, we have already taken delivery of the block. Classes are seriously ongoing in almost all the various classrooms of the block.

“As we accept and appreciate this donation with a sincere heart of gratitude, I will like Oliver Twist want to call on the donor and good-hearted Cross Riverians to assist us in fixing the security challenge we have here.

“Our school is no longer safe for us, these hoodlums have taken over our school. You need to see how our pupils struggle to carry out their desks inside and outside their classes for safety.

“I will also plead that they assist us with seats for the children. All our classrooms are empty as most of our seats have been destroyed and stolen,” she appealed. 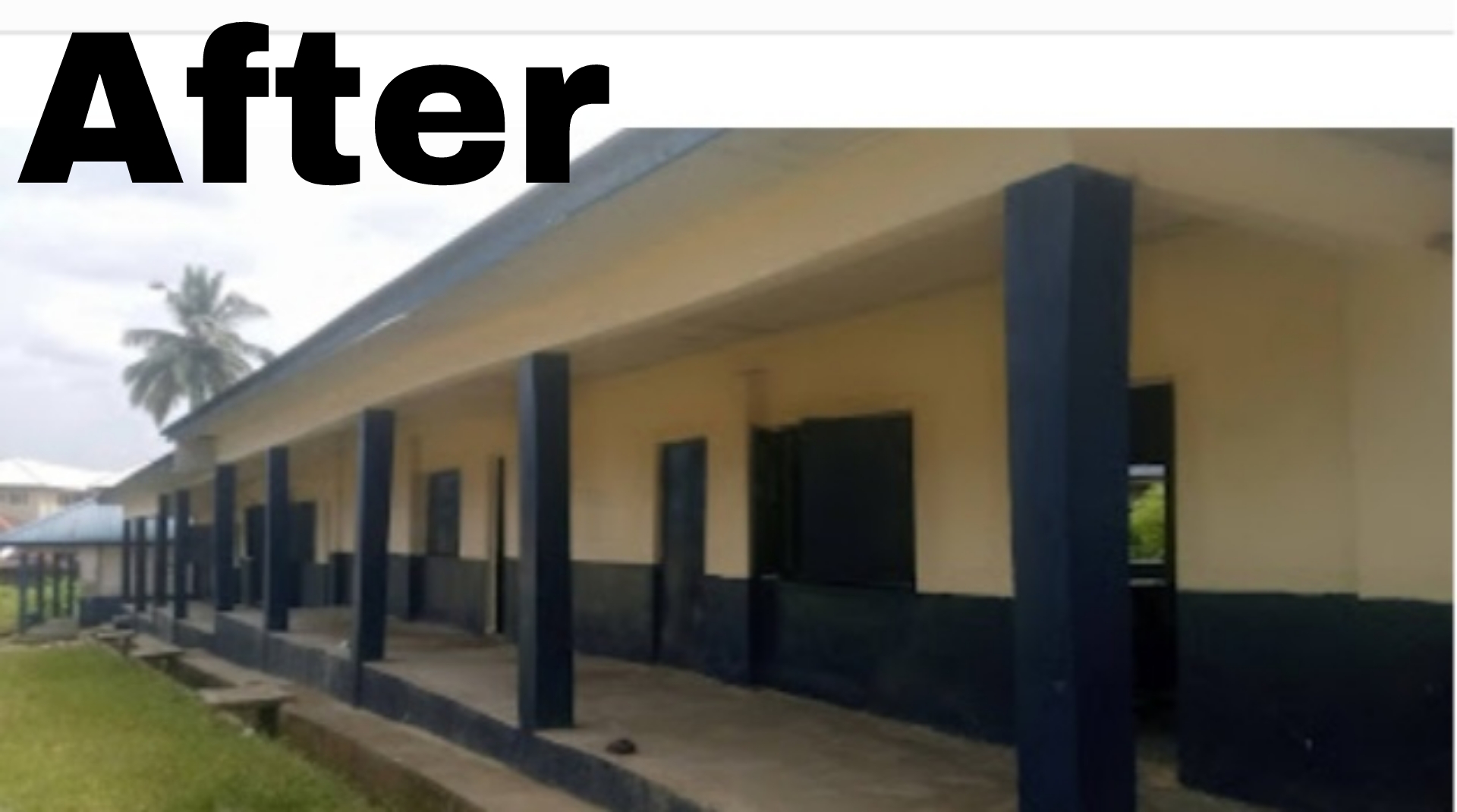 Also Speaking, the School’s PTA Chairman, Pastor Jeremiah Henry, commended the Donor for the kind gesture, stating that he will dedicate one full hour of prayers for him and his future aspirations.

The clergy explained that using his office as the school’s PTA Chairman, he had written several letters to appropriate quarters for the renovation of the dilapidated buildings in the school but efforts were frustrated by administrative bottlenecks and that their last resort was to task parents using the PTA.

Quantifying the cost of the block renovated by the lawmaker, the PTA Chairman said according to a market survey carried out, it would have cost over a Million Naira to complete the project.

He, however, noted that he is aware of the security challenges facing the school, thereby calling on the community youth and religious leaders to take full ownership of schools and other government and community projects as this will go a long in reducing the rate of insecurity and vandalism.

It is worthy to note that aside from the school intervention, Rt. Hon. Bassey has also facilitated political appointments, jobs in the state and federal civil service for his people, including empowerment of items for small scale businesses.

In a chat with the Deputy Speaker, he said that the project was part of his personal effort aside from his constituency projects and empowerments to give back to society.

He noted that funds used for the “Revamp our Schools” Project are personal funds and the project which is carried out by The Believe Foundation was completely different from constituency projects. He said aside from Government Primary School Mayne Avenue, they are other schools penned down to be visited with such projects.