Gunmen suspected to be kidnappers have killed former Federal Commissioner, National Population Commission, Alhaji Zakari Umaru Kigbu and abducted two of his children, a boy and a girl in Nasarawa State. The abducted children are Musa Anzaku Umaru Kigbu and Hadiza Zakari Kigbu.

The incident happened in the early hours of Sunday, May 29, at Azuba, a suburb of Lafia, the state capital.

According to LIB, Kigbu is said to be a kinsman of the Nasarawa State Governor, Abdullahi Sule and also a former President of the Eggon Cultural and Development Association (ECDA).

Spokesman of State Police Command, ASP Ramhan Nansel, who confirmed the development said efforts are ongoing to rescue the victims.

“We received a distress call at about 12:15 am about the attack and reacted swiftly by mobilizing our patrol teams and the military to the scene,” the PPRO stated.

“Upon arrival, it was discovered that the victim had been shot on his abdomen. He was rushed to the hospital where he was confirmed dead. His two daughters were abducted to an unknown destination. The command has commenced an intensive manhunt for the perpetrators of the dastardly act.” he added. 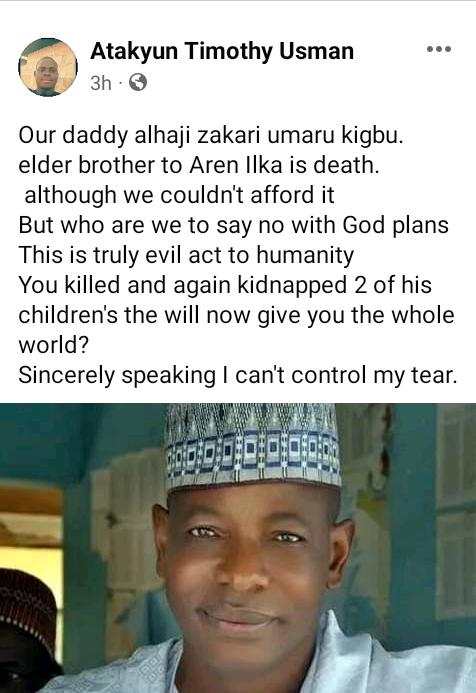 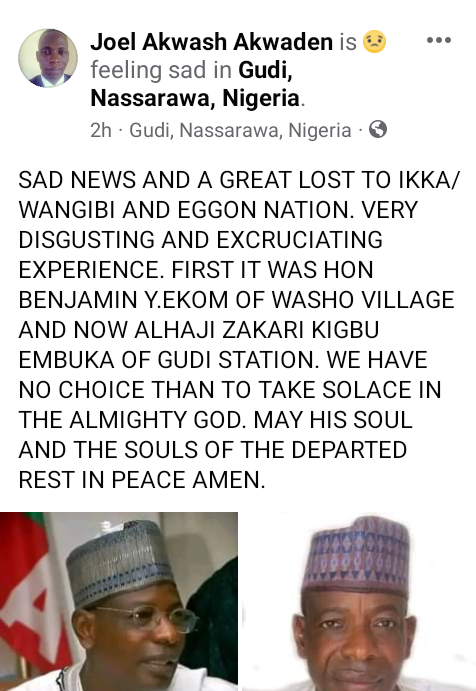