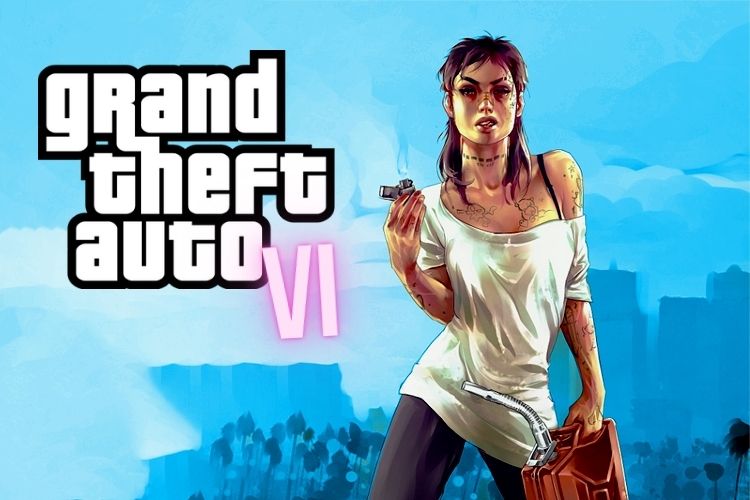 Nine years. Yeah, as of 2022, it has been nine years since the initial release of GTA 5, and its sequel is still nowhere to be found. This is the most enormous gap that the Grand Theft Auto franchise has ever taken between launching two significant titles. But if we believe the leaks and hints, the delay in GTA 6’s release should be well worth the wait. This entry to the GTA franchise will feature a vast but familiar map, a genuinely unique protagonist, and homage to a popular GTA classic. So, let’s stop beating around the bush and unfold everything we know about Grand Theft Auto (GTA 6) so far.

We have covered each aspect of Grand Theft Auto 6 (GTA VI), including its release date, storyline, characters, and more. You can use the table below to explore the sections that interest you the most.

GTA 6 Release Date: When is GTA 6 Coming Out?

Rockstar Games, the developer of the Grand Theft Auto franchise, first confirmed that the “next entry in the Grand Theft Auto series is well underway” in a February 2022 via an official Newswire post. This post was made to announce community updates around GTA V but ended with a subtle note to the franchise’s future.

Then, later in June 2022, Rockstar Games shared an official statement stating they’re investing all their resources towards the development of GTA VI. It definitely reflects the developers’ seriousness towards the GTA franchise. This announcement puts their other projects like the GTA 4 and Red Dead Redemption remaster on hold until further notice. As you might expect, RDR fans were not rejoiced by the news.

Unfortunately, neither of these dedication-filled announcements get us close to a release date. Instead, we have to thank Chris Klippel, a famous GTA leaker, for additional information around the GTA 6 launch date. According to Klippel, GTA 6 won’t release before the last months of 2024. He is not directly affiliated to Rockstar but has made reliable GTA 5 leaks in the past.

This release window was also supported by Bloomberg reporter Jason Schreier in a separate Twitter thread. Keeping the leaks and lack of official announcements in mind, we believe that GTA 6 will be released in late 2024 or early 2025.

The gaming industry has changed drastically within the decade-long gap between GTA 6 and GTA 5. And since Rockstar Games is known for pioneering the industry, we only expect the GTA VI to have an initial release on PS5 and Xbox Series X/S. So, it’s fair to assume that a PS4 version of GTA 6 won’t be seeing the light of the day.

Moreover, like GTA 5, the developers might later upgrade and port the game to PC users. Unfortunately, that might mean that GTA 6 will reach PC users only in late 2025 or early 2026. For comparison, GTA 5 was released on consoles in 2013 and on PC later in 2015. In any case, it’s less than the time it took Marvel’s Spider-Man to release on PC.

As per Bloomberg’s recent report, Rockstar Games is on a spree of cleaning its image, and its efforts aren’t limited to the real world. Several ex and current employees at Rockstar Games have raised the issue of gender gap in the pay scale of their developers. If we look at the GTA franchise, the situation isn’t ideal there either.

Including the expansion packs, we have sixteen games in the GTA franchise. Only two of these titles, the first two GTA games, had playable female characters. Men have entirely dominated every other iteration of the game. Fortunately, Grand Theft Auto 6 is planning to give us a female protagonist in GTA 6 along with a closely related male lead – a duo to play out the story. Bloomberg’s report further claims that this playable female character is a Latina, another positive step towards representation.

The Storyline of GTA 6 (Leaks and Rumors)

The main protagonist duo of GTA 6 are supposed to be related in some way. This duo’s story, as per the report, is inspired by the real-world crime couple – Bonnie and Clyde – from the early 1900s. But don’t worry, the upcoming game will be set in modern times, as revealed by Tom Henderson, a game leaker with a reliable record.

Back in 2020, a recently deleted Reddit post revealed more about the storyline that fits with the current information. As per the Redditor, GTA 6 was first codenamed “Project Americas,” which could take place over both American continents. But as faith would have it, this plan was only an early design that developers later scrapped. The protagonists who are supposed to build a drug empire, similar to the GTA Vice City Stories, might still make it into the game.

Every video game’s story is highly impacted by the capability of the engine used to develop that game. A game engine is the base platform on which the game’s world loads, functions, and interacts with the player. Keeping that in mind, Chris Klippel, the leaker who gave us GTA 6’s release timeline, has claimed that Grand Theft Auto is being developed using the new Rage engine.

This new engine is more potent than its counterpart, which powers GTA 5 and RDR2. If this claim is valid, then we can not only expect jaw-dropping graphics but also more elaborate missions. With powerful platforms and a smarter game engine, GTA 6 can give us more than the “go and kill” missions currently dominating the franchise.

In March of 2022, Michael Pachter from Business Insider stated (via YouTube) that Grand Theft Auto 6 might cover multiple cities in 500+ hours worth of storyline. Even though there is not much proof to back Pachter’s claim, it will be a reliable redressal to players’ complaints about GTA 5 being too short.

Moreover, if they use a chapter-based storyline, just like RDR2, we might get many new missions, locations, and characters as the chapters unfold. This can also suit the location-based DLCs we discuss in the next segment. Each new place can bring new chapters and, in turn, new missions and characters to the game.

Examining all the GTA games to date, we have 2 full-scale games based in Los Santos, several different titles in Liberty City, and only one major title in Vice City. Based on that, it won’t be surprising to see GTA 6’s story play out in the iconic Vice City (map depicted above). The said rumor also fits Bloomberg’s report, which describes the location of GTA 6 to be based in Miami and its neighboring areas.

As mentioned earlier, the plans to expand GTA 6 to areas outside the USA were discussed early in the game’s development but scrapped. So, you won’t be traveling to Brazil or Cuba-like locations. At least, not at the time of release.

GTA Online’s massive success teaches its developers that players love getting new content in existing games. And Rockstar Games seems to have been taking notes. At least, according to freelance writer and GTA insider Tom Henderson, who claimed that GTA 6 will feature an expanding map back in 2021.

If this claim comes true, we might see DLCs and event-based maps, expanding the world of GTA 6 over the years. Considering how popular competitive FPS games like Valorant bring new maps every few months, GTA, which focuses heavily on open-world experiences and has a considerable budget, can surely do the same.

This potential feature also fits with Rockstar co-founder Dan Houser’s statement from September 2013 in a Polygon interview. He claimed that “GTA’s DNA is contemporary-ish, American-ish, English-speaking-ish, because that’s what it has been… but that doesn’t necessarily limit it to those, that’s just what we’ve done so far.“

If that’s the case, it would somewhat explain the decade-long delay in its release. Based on some of the DLC-based location leaks, we might see many such interiors unlock after the game’s launch.

As of July 2022, there is no official trailer or teaser for GTA 6. But many reports suggest we might get one by the end of 2023 or early 2024. You need to keep an eye out or bookmark our Grand Theft Auto guide to see the trailer or its leak first.

With all the solid announcements and reliable leaks covered, it’s time to open your mind to other potential changes that might reach GTA 6. Since none of these speculations have a solid backing, it’s best to take them with a pinch of salt.

What Do You Expect From GTA 6

Now that you know every reliable leak, news, and detail about GTA 6 available online so far, it’s time to wait for more information and the gameplay trailer. We are still months, if not years, away from any solid information about the next GTA installment. But that wouldn’t stop us from sharing our expectations from the franchise in the meantime. Who knows, some ideas might even reach the developers. With that hope in mind, what do you want to see in GTA 6? Tell us in the comments! 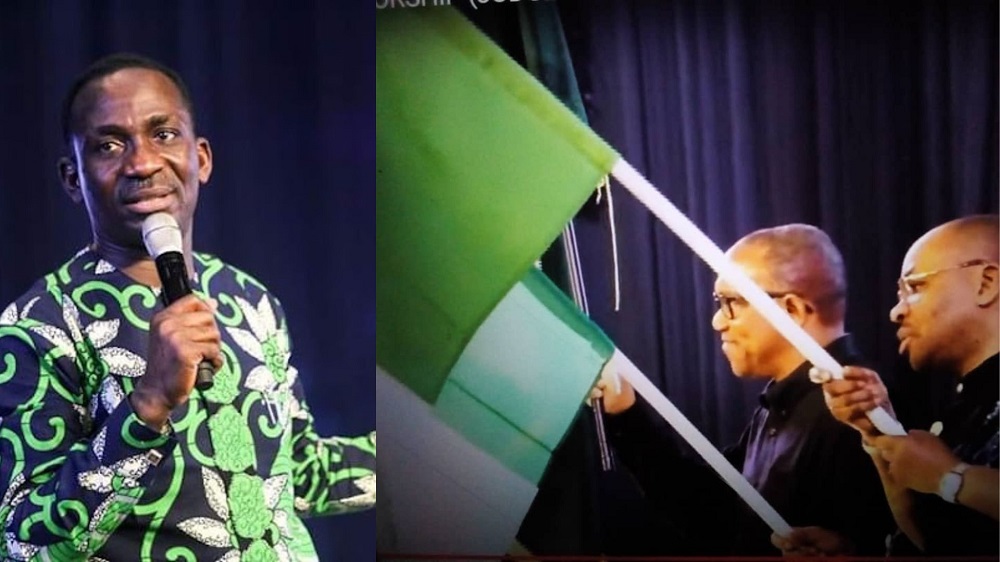