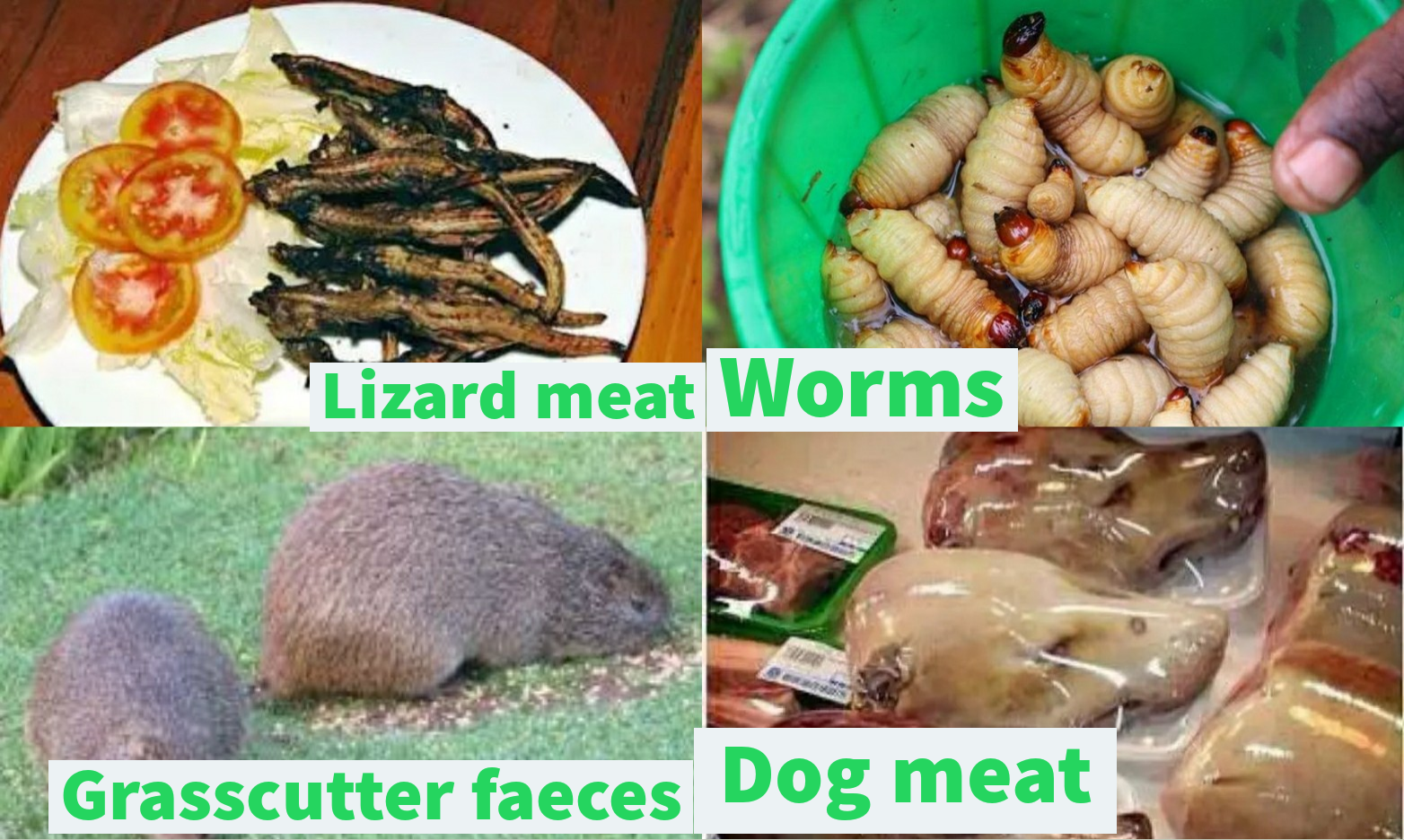 There are classified as unconventional foods because there are not common in the markets across the 36 States but Nigerians do eat them – and to many – there serve as a source of protein to their diets.

You may be wondering, what happens to the chickens, goat, beef, fish and other conventional foods in the market? Well, not all can afford that but even to those who can, these traditional foods cannot leave them as there serve as a dessert to their everyday day meal.

Let us look at Grasscutter faeces, Lizards, Worms, Bats, Dog and the many foods Nigerians eat that may amaze you;

The droppings of a grasscutter are used by some people to prepare soup. It is believed it makes the food smell good and it is also highly nutritive. 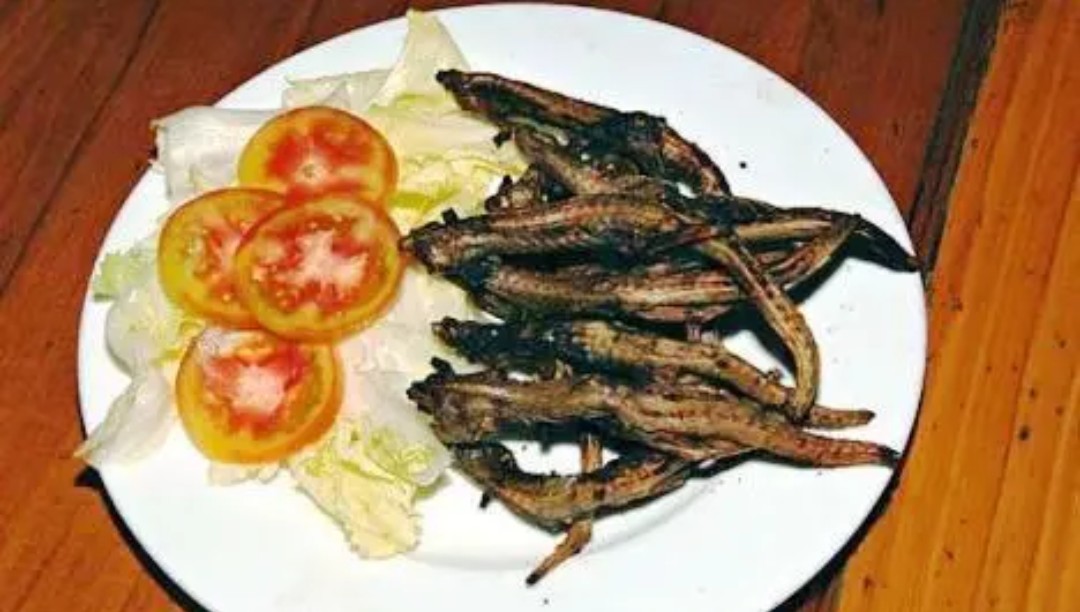 Agama lizards were very popular during the civil war when there was little to eat. Now it is something that is eaten, not quite often and especially by children in rural areas who are adventurous. The lizard is roasted for its meat. 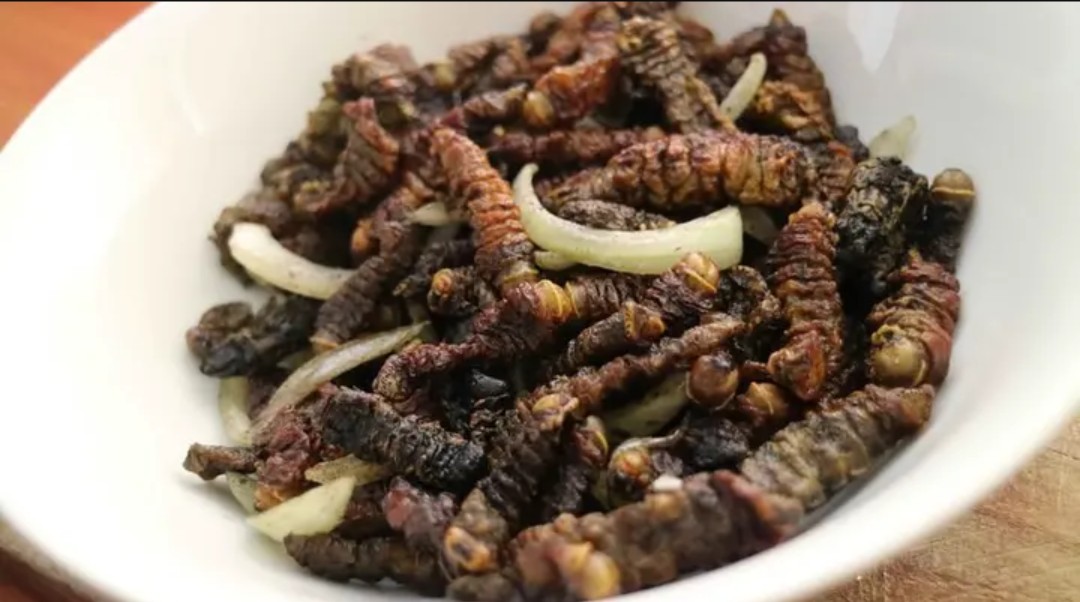 Native to South Africa, mopane worms are large caterpillars which are considered a good source of protein. You can find the black worms in a fried, dried or roasted state, being sold in local village markets in Nigeria. They can be eaten roasted or used in soups and stews.

A lot of Nigerians enjoy bat meat. The winged mammals are a delicacy in certain places and you can even get some to buy on the expressway from those selling ‘bush meat’. They are also discouraged as they are speculated to be one form that the ebola virus is spread. 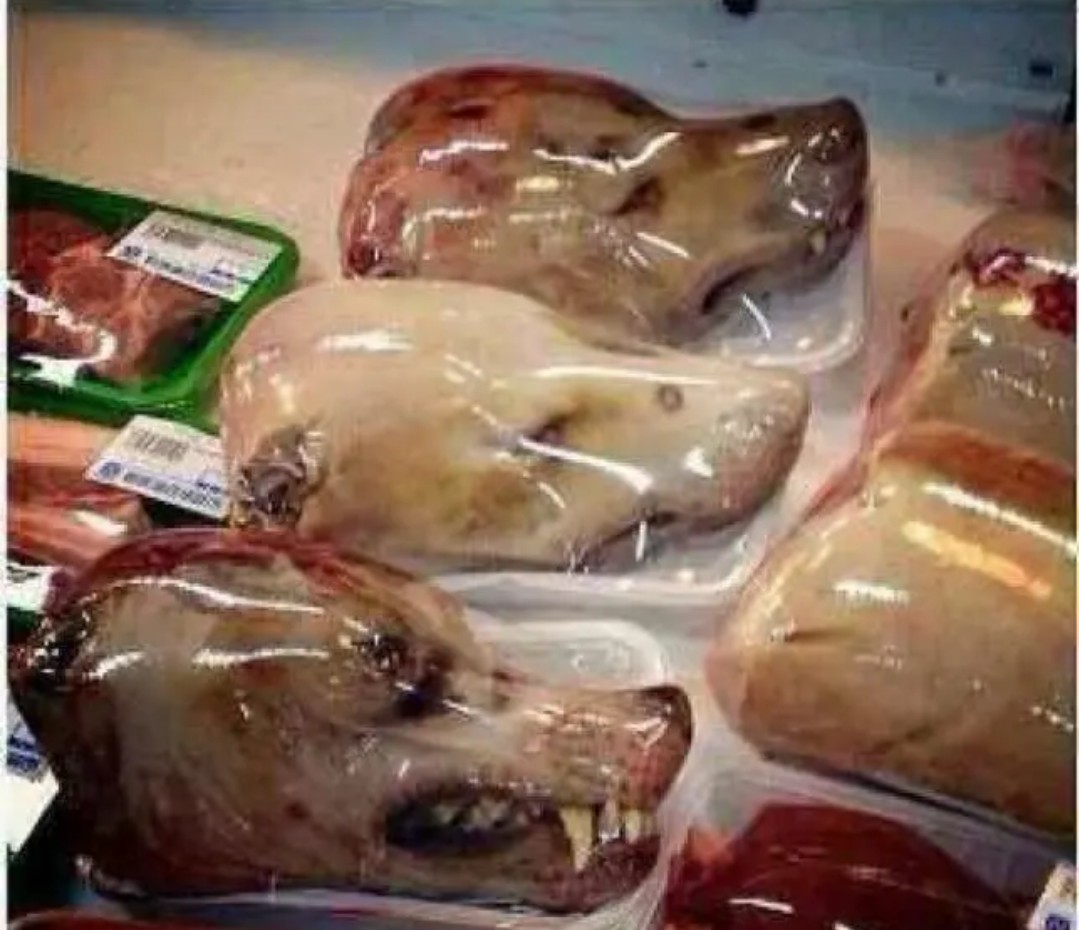 While the rest of the world believes that dog is man’s best friend, some Nigerians, particularly Calabar and Ondo people see the animal as a delicacy. A dog is not necessarily meant to be a pet or guard the house, sometimes it is just a good source of protein.

Cow brain is a delicacy for some tribes. The brain of the cow is used to prepare a special stew known as “Kwanya” and could make the faint-hearted ill. If you don’t have the guts, simply don’t eat it! 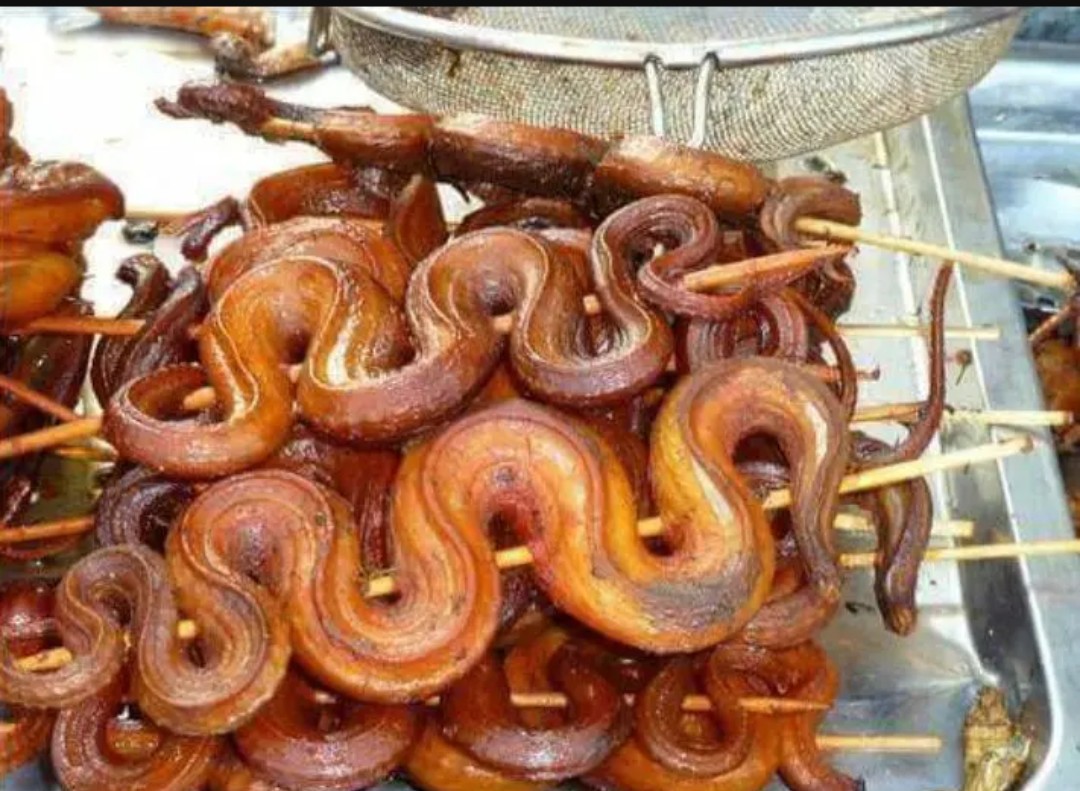 Snakes taste like fish. They are well-seasoned, roasted or fried. People aren’t afraid of the fangs and venom, neither are they afraid of the cold-blooded slimy animal.

Even though monkeys and apes are like second cousins to human beings, some Nigerians have no problem cutting up these species and making a bubbling pot of stew with them. Monkeys as meat are discouraged as they are said to be one way that the ebola virus is spread.

Locusts are of the grasshopper species and destroy crops. They are usually fried with palm oil, smoked or dried. 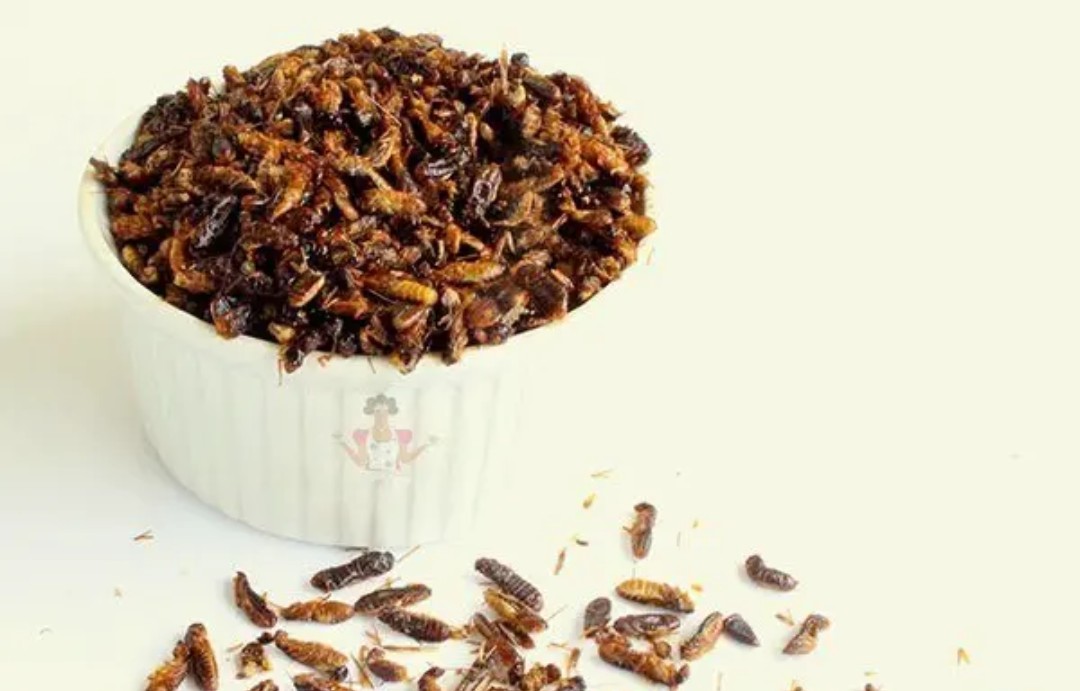 Termites, often known as “esusu” and “chinge”, are a common snack for some parts of Nigeria and are one of the weird things Nigerians eat. These insects come out en masse when the rains start and are fond of circling any source of light that they see. Nigerians pack them, wash, salt and roast them inside a pot. 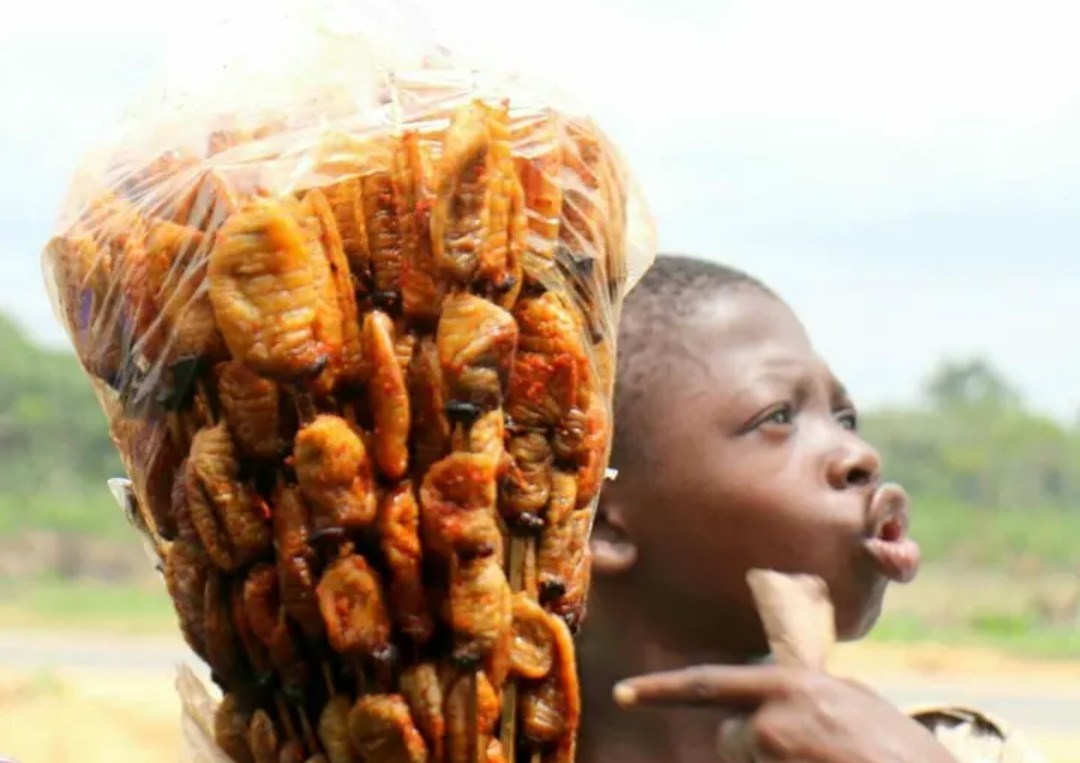 After harvesting palm wine from the palm tree, the tree is left to rot and later produces some kind of big worms popularly known as “Akokuno”. These worms are roasted and eaten as a delicacy. 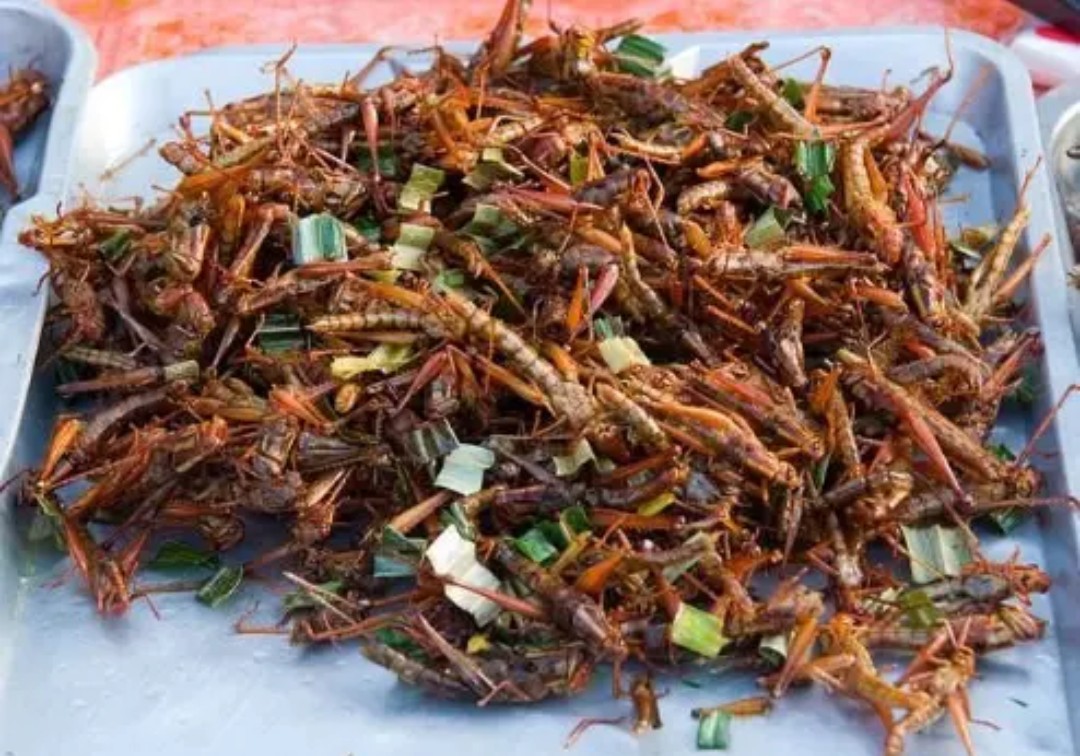 Hunting grasshoppers is a favourite pastime for children in rural areas. They can be fried, boiled, salted, or sun-dried. 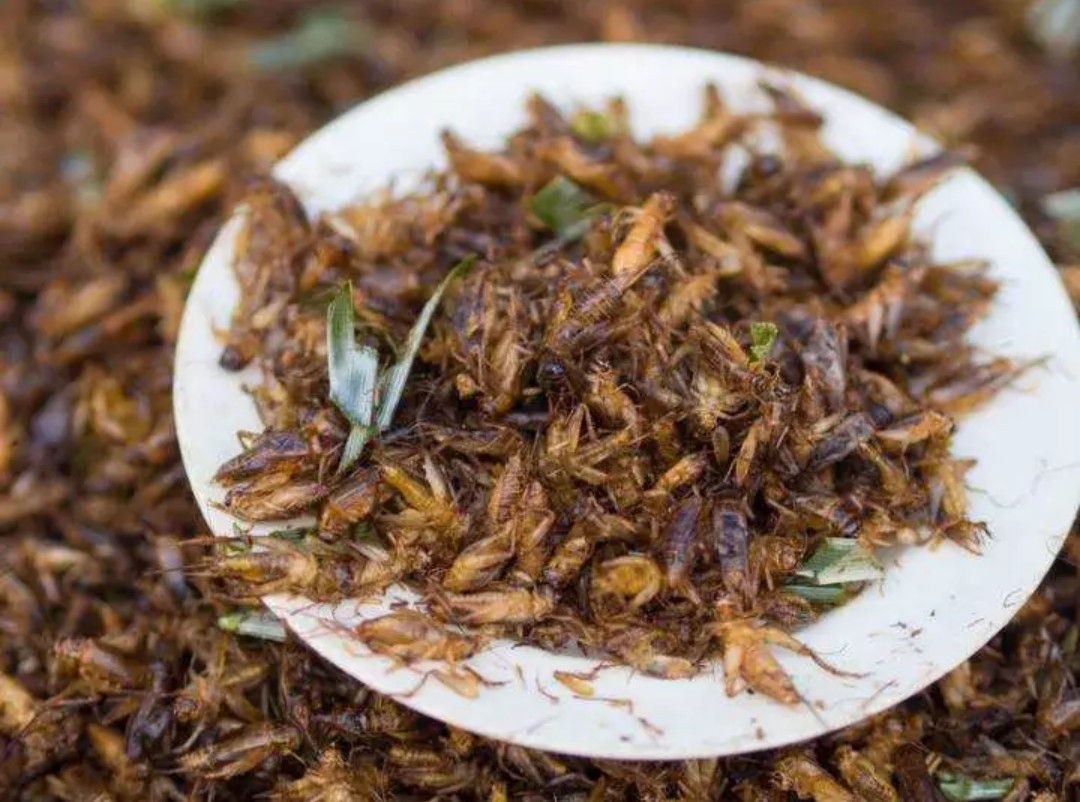 Crickets are another group of insects that children like to hunt for and take home to fry or roast with pepper. According to Legit, crickets are low in fat and provide complete protein containing all nine of the essential amino acids.

Frog as meat isn’t common in this part of the world, but many do it. They are either fresh or dried and used as meat in stews and soups. They kind of taste like chicken.

More From: Food and Nutrition 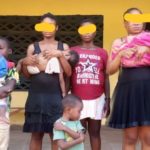 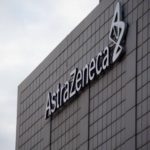