The upcoming Google Pixel Watch smartwatch’s design and price have been revealed ahead of an official unveiling. Google recently confirmed that its maiden smartwatch will launch alongside the Pixel 7 series on October 6. We got a glimpse into the smartwatch’s design before its debut.

To recap, Google showed off the Pixel Watch in May during the I/O 2022 event. However, the American tech giant remained mum on its upcoming smartwatch’s specs and features. So, the Pixel Watch has been subject to a lot of speculations lately.

The upcoming smartwatch will reportedly boot Wear OS 3 out of the box. Now, a new report by 9to5Google has shed light on the Google Pixel Watch pricing. Also, it reveals a myriad of features of the first Pixel smartwatch. Google will be officially putting all rumors around the Pixel Watch to rest at the October 6 launch event.

In the meantime, the search engine giant has teased the design of the Pixel Watch. The smart wearable sports a circular dial. Furthermore, this circular display extends towards the frame. As a result, the smartwatch has a bezel-less design. Moreover, the teaser video confirms the Pixel Watch will adopt a stainless steel design.

Also, the smartwatch from Google will support heart rate monitoring. You will be able to choose between a slew of watch faces. Notably, the video teases at least 7 watch faces. The right edge will feature a crown button for navigating the settings. Moreover, the right side features a small cutout for the microphone. 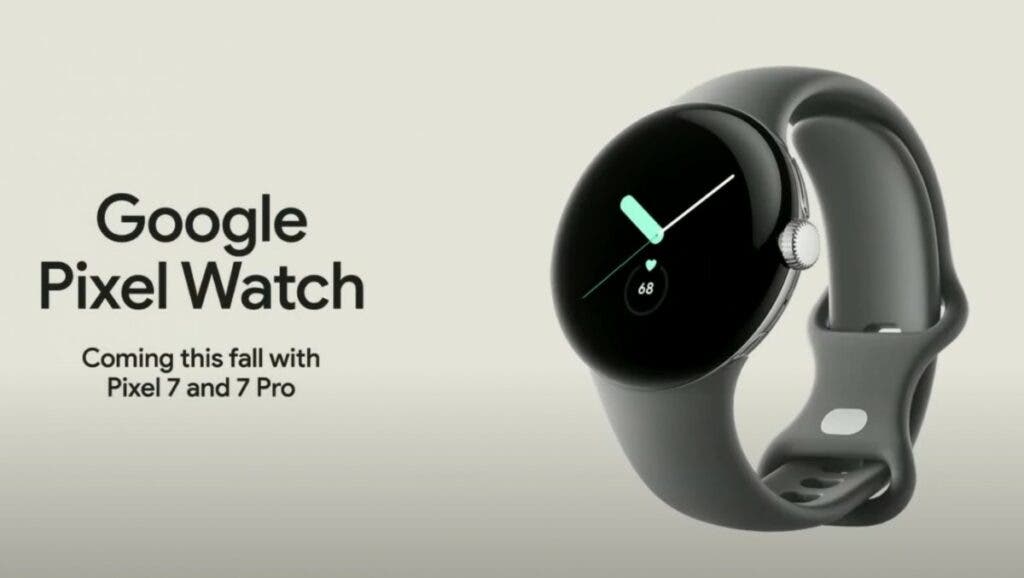 So, it is safe to assume that the Pixel Watch will get Bluetooth / Cellular calling feature. According to a 9to5Google report, the Google Pixel Watch will carry a price tag of $349.99. For this price, you will get the Bluetooth/ Wi-Fi variant. Moreover, the smartwatch will be available in Gold/Hazel, Silver/Chalk, and Black case / Obsidian band options.

Likewise, the cellular variant will set you back $399.99. It will come in Gold/Hazel, Silver/Charcoal, and Black/Obsidian color options.