On July 6, Yuri, Sooyoung, and Sunny uploaded photos taken together as a group, posing adorably in the car and at the beach. The members had gathered together to film for their new JTBC reality show “So Shi Tam Tam” (romanized title) ahead of their August comeback celebrating their 15th debut anniversary.

Yuri added the caption, “GG4EVA�dc93,” Sooyoung added, “Youth is right now,” and Sunny wrote, “Did you enjoy watching ‘So Shi Tam Tam’? I heard next week’s [episode] is even more fun?!?!”

Seohyun was unable to join the gathering due to filming for her KBS2 drama “Jinxed at First.” However, she still reposted the photos on her Instagram Stories along with an edit that includes her “Jinxed at First” character looking down fondly on the members. She sweetly wrote, “Unnies, Seo Joo Hyun (Seohyun’s real name) is keeping watch�dc96.” Another edit has the caption, “You know how I feel, right~??�dd0d” 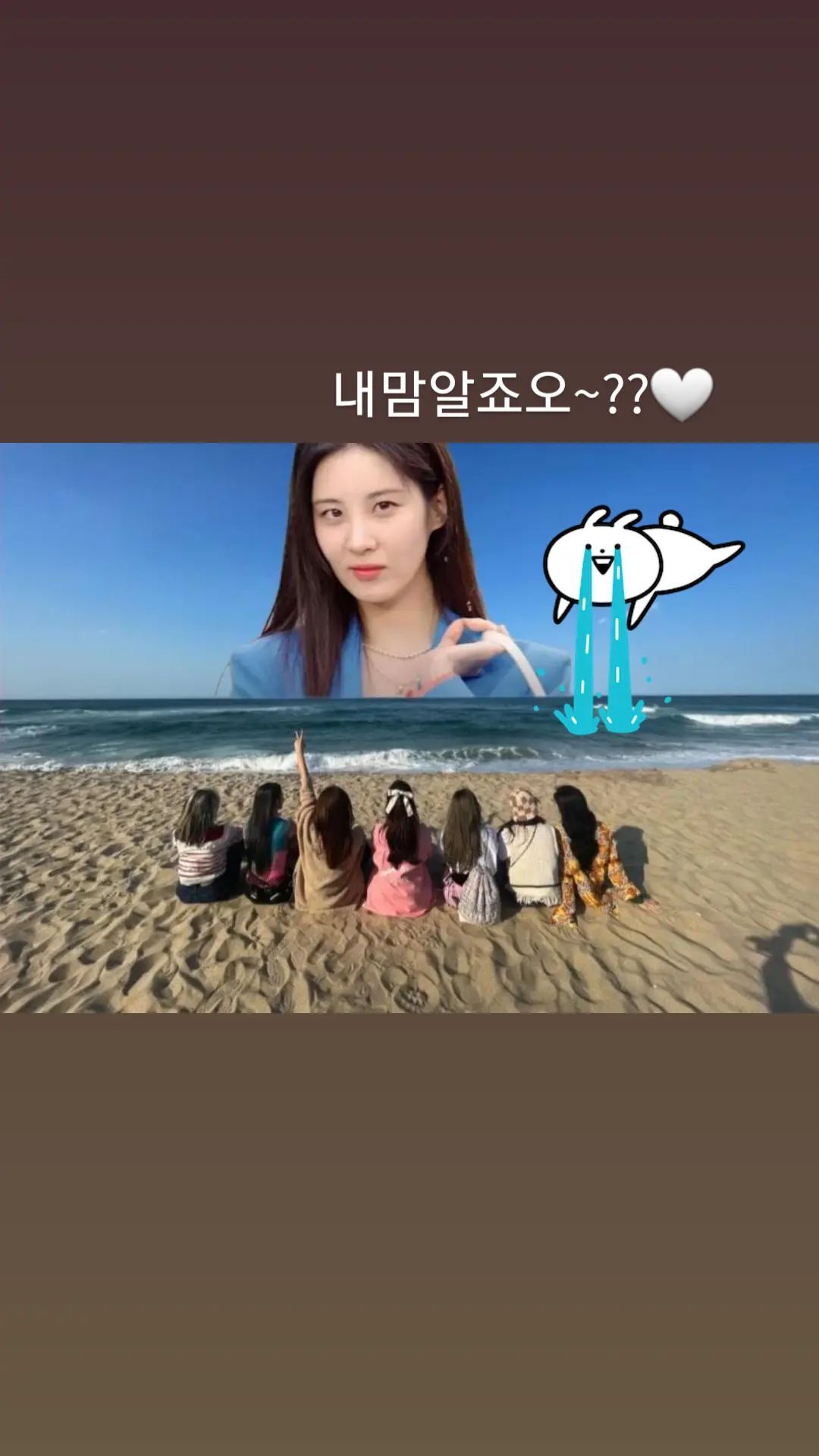 “So Shi Tam Tam” premiered on July 5 and airs every Tuesday at 9 p.m. KST.

Watch Seohyun in “Jinxed at First” below!