Chances are that if you attended school between the ages of twelve and fifteen you learned the Pythagorean Theorem. Even if you happily left geometry in the rearview mirror decades ago you can probably still rattle off the formula a2 + b2 = c2. At some point in this process, you may even have cursed the name of the ancient Greek philosopher responsible for your early teen misery. As you did you may have pictured the cause of your predicament. If you imagined a cult leader and alleged murderer who could talk to animals, predict the future, believed in reincarnation, was hailed as a deity, and had an almost pathological aversion to beans, well then, you’d be right.

While he is famous to us for his mathematical theorems, in antiquity Pythagoras was renowned for the philosophical-religious sect that he founded. His sheer popularity means that there are numerous legends and traditions about his life, but the basic story goes something like this. He was born on the Greek Island of Samos (or possibly Tyre in Lebanon or the Island of Lemnos) around 570 BCE, to a woman named Pythais. Though some claimed he was the progeny of the god Apollo, his father, Mnesarchos, was either a gem engraver or a grain trader who became a citizen of Samos.

According to Dicaearchus, a one-time pupil of Aristotle, Pythagoras was tall, attractive, and alluring. He had a natural charisma that was heightened by his unusual style of dress: he wore a white robe over white trousers and accessorized with a golden wreath. This (admittedly fierce) look was probably supposed to draw comparisons with Orpheus. The most unique facet of his appearance, however, was his mysterious “golden thigh.” It’s unclear exactly what this was—a birthmark? thigh jewelry? —but its reputation led some to speculate that his leg was composed entirely of metal.

In either case, at the age of eighteen Pythagoras left Samos to begin his travels to broaden his education. He studied natural history (and probably also math) with Thales and Anaximander in the Mediterranean coastal city Miletus, Homeric Poetry with Hermodamas, and cosmology (physics) with Pherecydes of Syros. He did his best learning, however, while journeying further abroad. In what is a bit of an ancient biographical cliché, he visited Egypt and earned the respect of the priests. Eventually, after winning their trust, he was initiated into Egyptian religious rituals. He also picked up some geometry. During his travels in southwest Asia, he acquired a knowledge of arithmetic from the Phoenicians and astronomy from the Chaldeans. A second century BCE romance writer reports that he learned the art of dream interpretation from ancient Jews, and other sources allege that he traveled as far afield as India, Northern France, and Spain.

It would be unfair to Pythagoras to assume that he was just a crucible for the blending of Afro-Asiatic learning. According to the admiring biographies written hundreds of years later, he was able to communicate with animals, St. Francis of Assisi style. He domesticated an aggressive bear and persuaded her to refrain from attacking other animals; he persuaded an ox into forgoing a diet of beans (the ox agreed and retired to the Temple of Hera to live out its days as a sacred animal); and he was known to receive divine messages from the gods. These would be communicated using the language of the universe: through omens, flights of birds, and secret signs. Some say that he could converse with rivers, predict the future, and even bilocate. Two of his biographers, Porphry and Iamblicus, report that he was spotted on the same day in both Metapontum in Italy and Tauromenium in Sicily (The cities were several days travel apart).

Having acquired so much learning and with a great deal of innate supernatural skill, Pythagoras returned home to Samos where he founded his own philosophical school in a cave outside the city. According to one biographer, the best minds in Greece came to Samos to learn his mathematically informed astronomy. He may have moonlighted as an athletics instructor, but it’s more likely that the ancient wrestling coach simply had the same name.

At the age of forty (one suspects in the throes of a midlife crisis) he emigrated to Croton, where in a series of charismatic speeches he won over the local population. His practical philosophy was filled with the kind of advice that was unobjectionable: manage your household well, don’t abuse the gods, protect familial structures, and so on. Some of it, for instance the instruction not to sleep with people other than one’s wife, was pretty innovative for the time. This particular teaching, legend says, was sparked by a trip to the underworld in which he saw adulterers being punished.

He also began to teach people about the characteristics of what philosophers call “the good life.” For his most devoted followers the price of discipleship was high. They lived in a commune, shared possessions, lived on a sparse vegetarian diet, and avoided alcohol. So far, so normal: These are the habits of your run-of-the-mill monastic group or modern-day wellness retreat. But Pythagoreans did more than this: they never traveled on the high road; they always wore white but never touched white roosters, and they had specific instructions about the order in which clothes should be put on (right shoe first, if you were wondering).

Perhaps the strangest is that they also avoided eating fava beans entirely. This, after all, was the subject of Pythagoras’s conversation with the ox. Ancient opinion is divided about the logic behind the prohibition. One view maintained that beans made one fart and there was a risk that one would flatulate one’s airy ethereal soul. Another, recorded by the Roman writer Pliny, hypothesized that the beans themselves were “ensouled” on account of their flesh-like in texture. A fragment of Aristotle presents a cluster of explanations stating that, “he warned people to abstain from beans, either because they resembled genitals, or the gates of Hades (for it is the only plant without joints), or because it is harmful or because it resembles the nature of the universe or because it is [not] oligarchical.” If you have some questions about this last one, you are not alone.

To be fair to Pythagoras, it is worth noting that fava beans were a sticking point for many ancient religious orders. As Christopher Riedwig discusses in his book Pythagoras: His Life, Teaching and Influence, seers and priests in both Greece and India had to abstain from eating fava beans before participating in religious ceremonies. Moreover, “favism,” the genetic food allergy in which sufferers can have a serious response to fava beans is more prevalent in Mediterranean countries.

The taboo, as Riedwig argues, seems to stem from the idea of ensoulment and reincarnation. Pythagoras believed in the transmigration of souls after death. The ancient saying that “eating beans and eating the heads of one’s parents amounts to the same thing” was attributed both to Orpheus and to Pythagoras. Pythagoras certainly did believe in the transmigration of souls into new bodies at death and, as such, this explanation makes a certain amount of sense.

Pythagoras was stunningly popular and commanded devotion from a large following who revered him as a god. Those in his inner circle would use secret mathematical reflections and philosophy as a form of divine contemplation. Think meditation but with mathematics. Numbers were the building blocks of the universe and numerical mysticism was the pathway to unity with the divine. With such high stakes, initiates into this process were required to maintain the highest moral standards. As Margaret Wethem puts it in her book Pythagoras’s Trousers, her believed “that mathematics should be revealed only to those who had been properly purified in both mind and body.”

For those who broke his triangle of trust, however, the penalty was allegedly high. One follower, Hippasus of Metapontum, was rumored to have revealed one of the secret symbols—a pentagonal dodecahedron—and subsequently drowned in the sea because of his apostasy. A different version of story, attributed to fourth century CE mathematician Pappus of Alexandria and popular among modern mathematicians, alleges that Hippasus had discovered irrational numbers and was drowned by Pythagoras himself for revealing the secret. But, as Classicist Peter Gainsford explains, there’s no evidence that this happened. The stories about murder and divine retribution originated in a symbolic practice in which those who apostatized from the community were mourned as if they were dead. The ritual included the construction of a burial mound and erection of a gravestone, which feels extra.

Though an ancient saying claimed that “among rational creatures there are gods and men and beings like Pythagoras,” Pythagoras was mortal. Though there are numerous contradictory stories about his death it is clear that not everyone appreciated his brand of philosophy, and many saw him as a charlatan or social revolutionary. According to Dicaerchus, whose words are filtered through later authors, after causing revolts and being exiled from a number of Greek cities Pythagoras ended his days as a fugitive in the Temple of the Muses at Metapontum. The cause of death was forty days of starvation. A more sensational version relays that his commune was attacked by the henchmen of a local aristocrat and burned to the ground. His disciples formed a human ladder to permit him to escape the flames. Pythagoras was pursued on foot but came to a halt at a field of fava beans. Unwilling to compromise his principles he stood there, was caught, and killed. The beans, presumably, survived.

The difficulty with these legends—especially those about his miraculous abilities and godlike countenance—is that the primary sources for them disagree with one another and were written down roughly 500-700 years after the events. Porphyry of Tyre and Iamblichus of Chalcis, Pythagoras’s chief biographers, lived in the third century CE. Hundreds of years of history, mathematical and philosophical thinking, and popular mythological trends cloud the issues. The Pythagoras of Iamblichus’s Life looks eerily like Jesus. This is hardly accidental The Pythagoras of history is impossible to see through the fog.

There’s no doubting the extent of Pythagoras’s influence. His ideas about musicology, astronomy, geometry, and arithmetic had influenced 2500 years of subsequent scientific and mathematical speculation. Everyone from Copernicus, to Fibonacci, to Kepler, and even Albert Einstein have been shaped by his ideas. At several moments throughout history, he has become the poster child for vegetarianism and an inspiration for literary giants Chesterfield, Shelley, and Tolstoy. Even the structures of the heavenly and hellish worlds in Dante’s Divine Comedy were based on Pythagorean numbers. Ironically, however, the contribution for which he is best known—the Pythagorean Theorem—is not his own discovery. The Babylonians were using it a thousand years before he was born.

What might seem most alien to us, however, is that, for Pythagoras, mathematics was less about practical worldly affairs than it was about understanding and communicating with the transcendent. Next time someone complains that they are never going to use geometry you can tells them the whole Pythagorean truth: it’s not about utility or employability, mathematics is about unlocking the secrets of the universe. 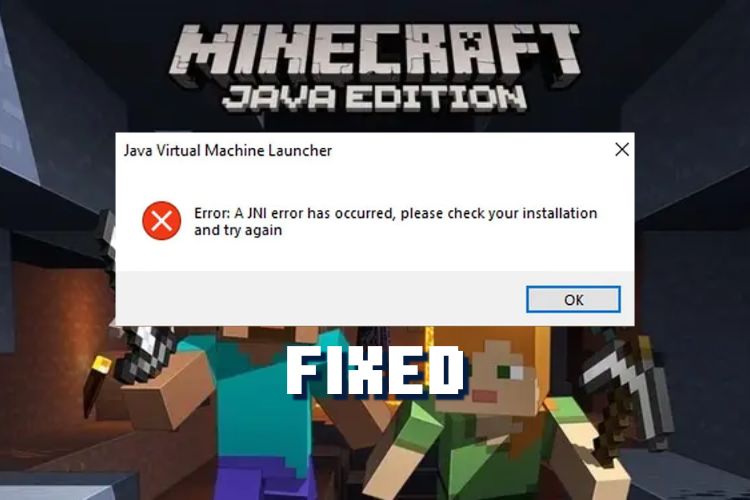 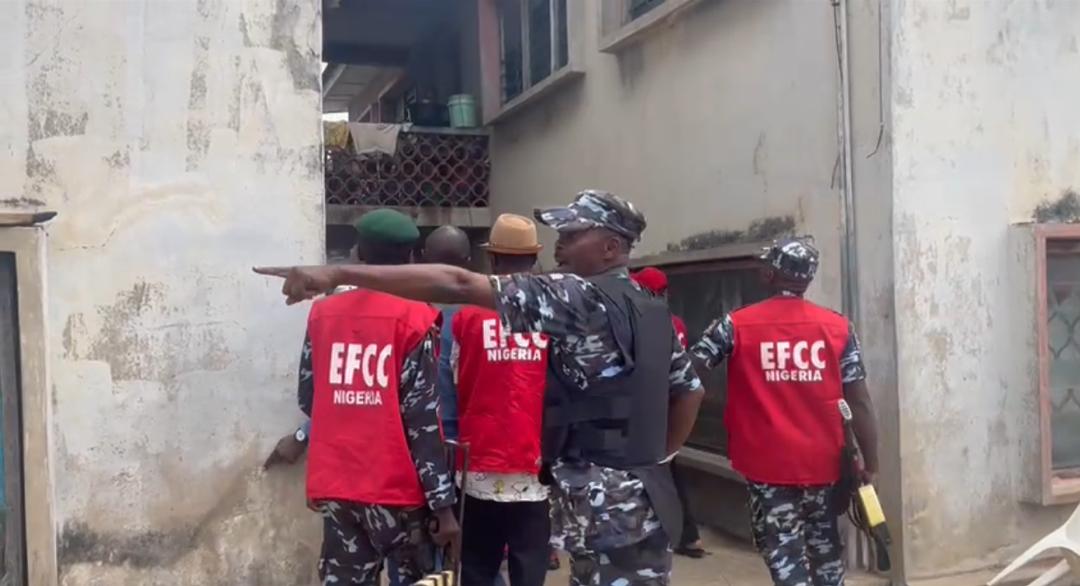