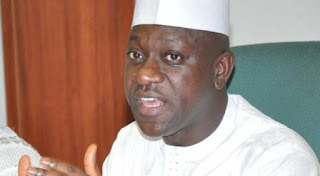 The director-general of the Bola Tinubu Support Group Management Council, Abdulmumin Jibrin, has urged Nigerians to focus on APC national leader Bola Tinubu’s ability to lead the country instead of questioning the source of his wealth.

“The focus now should be on the capacity and the competence of this candidate,” Jibrin stated on Arise TV, as he repeatedly sidestepped questions concerning Tinubu’s source of wealth and age.

He added that he would not be “elevating those conversations.”

On Monday, Tinubu, a former Lagos governor, declared his intention to run for president in 2023 after months of speculation.

Recall that Mr Tinubu had said it is his lifelong ambition to become Nigeria’s president.

He stated this on Monday after informing President Muhammadu Buhari of his ambition to contest for the position of president in 2023.

He also stated that he had the confidence, the vision and the capacity to build on the vision of the current President.

He said, “I have the confidence, the vision, the capacity to rule, build on the foundation of Mr President, and turn Nigeria better.

“I have done that with commitment and unyielding you know, in Lagos State. You’ve seen that experience and the capacity to turn things around and that is what we are doing.”