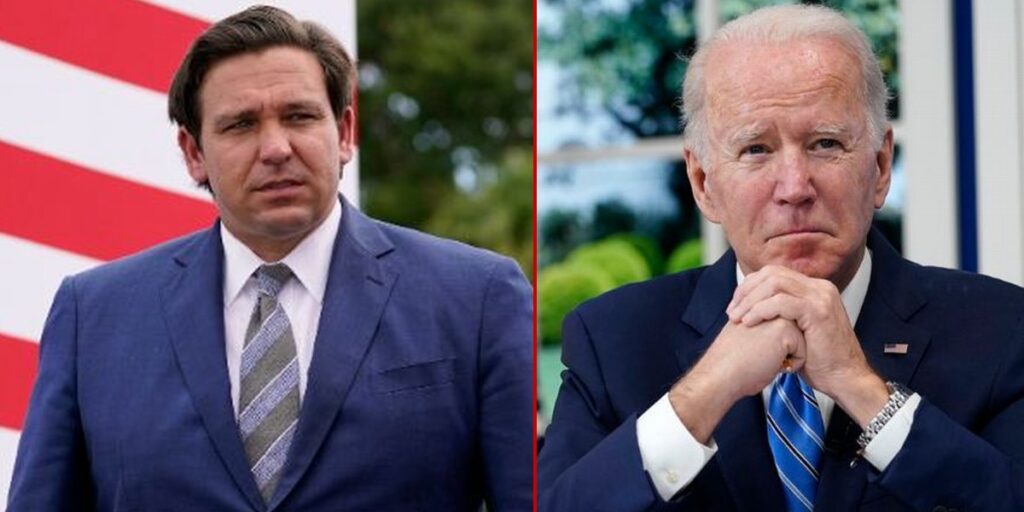 The Supreme Court has backed the Biden administration on its mandate for healthcare facilities that take federal funds to force their employees to get vaccinated. Florida’s reaction? Scorn and ridicule.

I asked @GovRonDeSantis spokesperson @ChristinaPushaw whether Florida planned to comply with the Biden administration’s vaccine mandate for health care facilities for the time being in light of today’s Supreme Court ruling. Here’s some of what she said: pic.twitter.com/eK0xRnlfk1

I asked [Governor Ron DeSantis] spokesperson Christina Pushaw whether Florida planned to comply with the Biden administration’s vaccine mandate for health care facilities for the time being in light of today’s Supreme Court ruling, Kirby wrote.

“Here’s some of what she said: ‘The State of Florida is not going to serve as the Biden administration’s biomedical police. Firing unvaccinated healthcare workers, many of whom have infection-conferred immunity, is unethical and unscientific on its face.”

“This policy directly harms patients as well, because hospitals in California and other states are now requiring vaccinated, Covid-positive healthcare workers to treat patients due to staffing shortages — which were exacerbated by vaccine mandates,” she added. “How does that keep anyone safe?” she asked rhetorically.

“Before Biden, most cases in a day was I think 265,000. Now it’s like 900,000. Clearly the vax hasn’t stopped people from being infected. That’s clear as day. So what’s the basis of forcing somebody else to do that?” pic.twitter.com/pqWzeEDKad

Indeed. But it took a slightly personal turn, when Pushaw showed her amusement at a meme regarding Supreme Court Justice John Roberts, who along with Justice Brett Kavanaugh, sided with the radical wing of the court and handed Biden an undeserved victory.

“John Roberts has made his decision; now let him enforce it!” the meme states.

Justices Clarence Thomas and Sam Alito issued blistering dissents to the ruling. Alito issued a stark warning on the implications for executive power.

The White House has suffered a major blow to its vaccine mandate narrative. The Biden administration’s attempts to strong-arm states into compliance will only get increasingly difficult, particularly with the leadership of state governors like Ron DeSantis.