A Florida weatherman is feeling Twitter’s wrath after posting a video of a struggling kitten in Hurricane Ian — and not being able to bring it to safety — as conditions in the area continue to worsen and pose life-threatening risks to anyone who dares to go out in the storm.

WINK-TV meteorologist Dylan Federico posted a short clip of the kitten outside the Fort Myers TV station clinging to a bench with water and wind thrashing all around it. Federico’s caption read, “Storm surge is rising rapidly outside WINK News. A kitten is on the bench trying to escape the water. The doors are locked but we’re trying to get the kitten inside.” 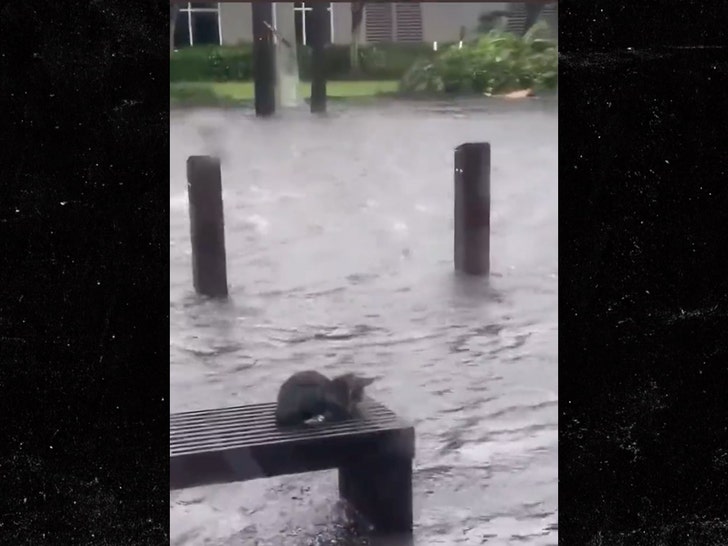 More than an hour passed without an update on the kitten from Federico … and his followers got PISSED.

One Twitter user wrote, “Less filming, more saving. If the water ain’t as high as a bench, you sure as heck can go out there and get that baby.” Another said, “bro, save the cat! For the love of god!”

Dylan eventually deleted the post — and the anger on social media continued. Another person wrote, “You may have deleted the video but none of us will ever forgive you. Cowardly, cruel and inhumane.” 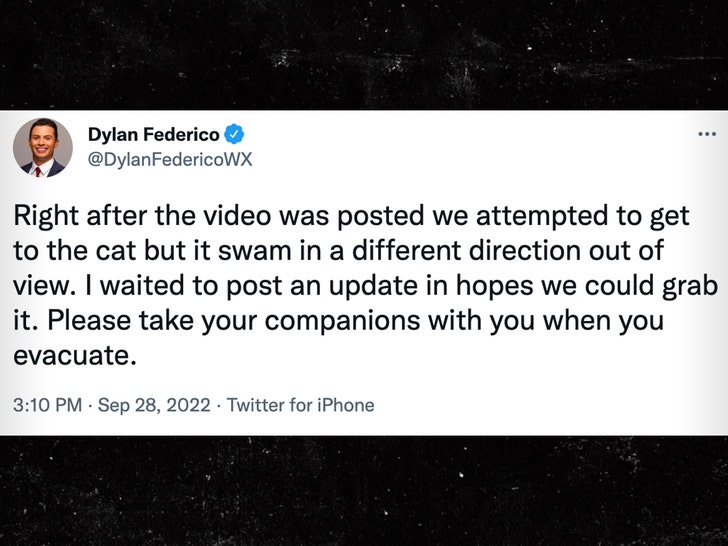 Finally, a couple hours after the video first went up, Federico Tweeted, “Right after the video was posted we attempted to get to the cat but it swam in a different direction out of view. I waited to post an update in hopes we could grab it. Please take your companions with you when you evacuate.”

What’s more, a source with direct knowledge tells us staffers were given strict instructions to stay inside the building as conditions continue to worsen and going outside could prove deadly. 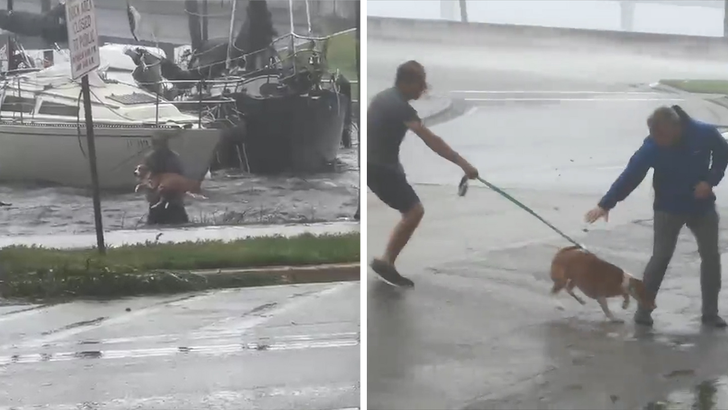 On a better note … one video showed a dog and a kitten rescued from a sailboat Wednesday while the storm hammered boats in a harbor.