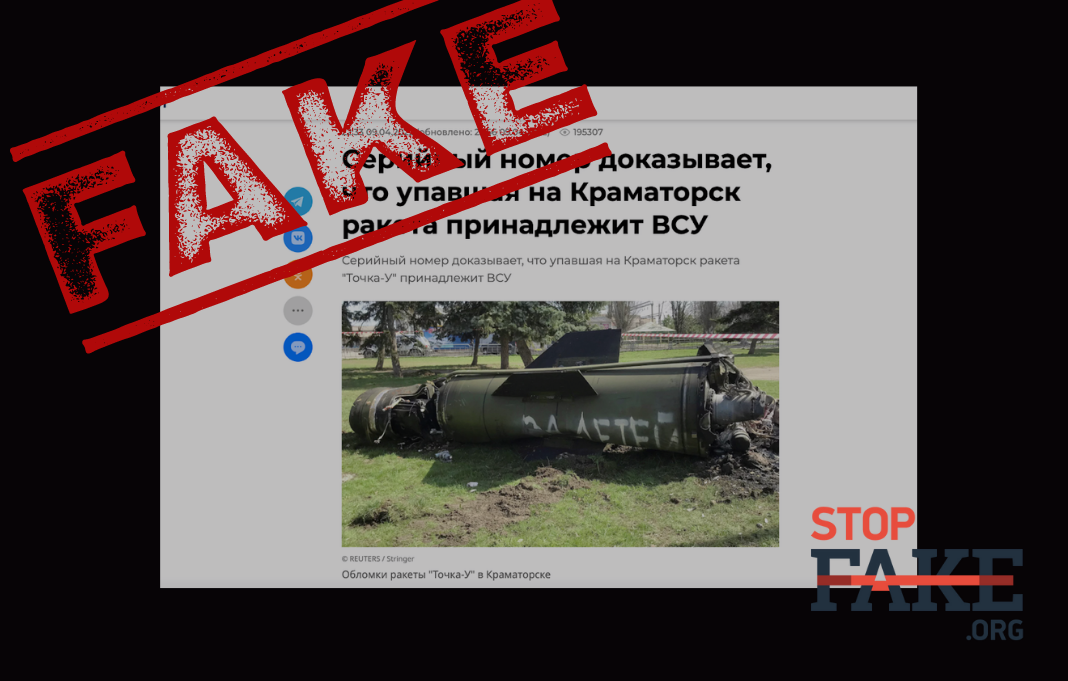 A serial number is not proof that the Tochka U missile fired on the Kramatorsk train station belongs to the Ukrainian Armed Forces. Other objective evidence indicates that the strike was carried out from territory controlled by Russian Federation troops.

Russian media continue with their campaign of shifting Russian responsibility for the killing of Ukrainian civilians onto the Ukrainian Armed forces. This time they claim to have found “irrefutable” evidence that the Tochka-U missile that killed 57 people and injured scores of civilians, is allegedly “on the balance sheet of the Ukrainian military”. Kremlin media allege that the 9M79-1 missile’s serial number Ш91579 “clearly indicates that the rocket belongs to Ukraine.” They further claim that missiles from the same series were already been launched against the Donbas town of Alchevsk in February 2015.

The Kramatorsk train station was targeted on Friday morning, April 8, at a time when some 4,000 Ukrainian civilians were trying to evacuate. The death toll from the strike continues to rise, 109 people were injured. On the day of the strike Italian news channel TG La7 reported on the missile’s serial number in its coverage of the strike. It is this bit of video footage that became the source for the spread of Russian disinformation about the missile “indisputably belonging” to the Ukrainian military. (TG La7 is La7’s news program. La7 is an Italian free to air television channel owned by Cairo Communication.)

The markings on the 9M79-1 rocket indicate that it belongs to the Tochka-U class of missiles, whose NATO classification is SS-21 Scarab. However, this serial number – Ш91579 – is a factory marking and does not in any way identify the missile as belonging to the Ukrainian military. This numeration was applied to all rocket shells at the Votkinsk Machine Building Plant, a machine and ballistic missile factory in the Volga federal district that mass produced missiles in the Soviet era, which were then transported to different countries, from Kazakhstan, to Russia, Belarus and Ukraine. Currently eight countries possess the Tochka U short range ballistic missiles. Following the logic of the Russian media, a missile with similar markings could have been launched with the same degree of probability, from Belarus, for example.

Russian media are also further claiming that there is “irrefutable proof” the Ш915 series used against Kramatorsk, were also used by Ukraine’s Armed forces during the shelling of Alchevsk on February 2, 2015. Then Russia and its Donetsk and Luhansk People’s Republics accused Ukraine of attacking its own population, using a photograph of a rocket with the Ш915 marking that had landed in Alchevsk. However, the OSCE Special Monitoring Mission did not confirm that Ukrainian military had used Tochka U missiles in Alchevsk. Russian-controlled militants in Alchevsk were unable to provide OSCE monitors with neither the missile itself nor any of its fragments.

Russian claims that the missile markings prove that it belongs to the Ukrainian military do not stand up to another point of scrutiny. The Ukrainian military reported that on April 8 in the northern Chernihiv region, they had shot down a Tochka U missile Russia launched from Belarus. The missile had Ш89 markings. After analyzing dozens of videos and photographs from Syria, StopFake factcheckers found that missiles from the same Ш89 series were used by Bashar al-Assad’s troops against Syria’s civilian population.

In March 2021 Russia launched a Tochka U strike on an oil refinery near Tarkhin in Aleppo province. At the time Russian media not only confirmed the strike but also promoted it in every possible way. In the video footage the Syrians filmed at the point of impact, the Ш915 markings are clearly visible, the same markings that were found on the missile Russian troops launched against Chernihiv a year later.

Although the Kremlin categorically denies that its army uses Tochka U missiles, multiples sources confirm that these missiles continue to be in the service of the Russian military. Exactly 9 days before Russia invaded Ukraine, Russia’s Defense Ministry, through its official Zvezda TV channel, reported on successful Tochka-U joint launches with Belarus.

According to Amnesty International’s Crisis Evidence Lab which analyzed photographs, videos and satellite images of the first day of Russia’s full-scale invasion of Ukraine, Russian invading forces attacked Ukrainian settlement with Tochka and Tochka U missiles at least three times.

On March 29, 2022, the Belarusky Hayun, an activist group that monitors military activity in Belarus, recorded a column of Tochka U missiles marked with the letter V, (V and Z are the two Latin script letters the Russian army has marked their equipment with) moving north of Kyiv. More in this StopFake article.

At a briefing on April 8, the US Department of Defense confirmed that the Tochka-U missile attack on the railway station in Kramatorsk was carried out by Russian troops. The same point of view is shared by US President Joseph Biden. 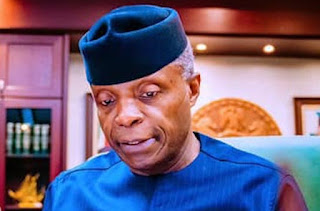 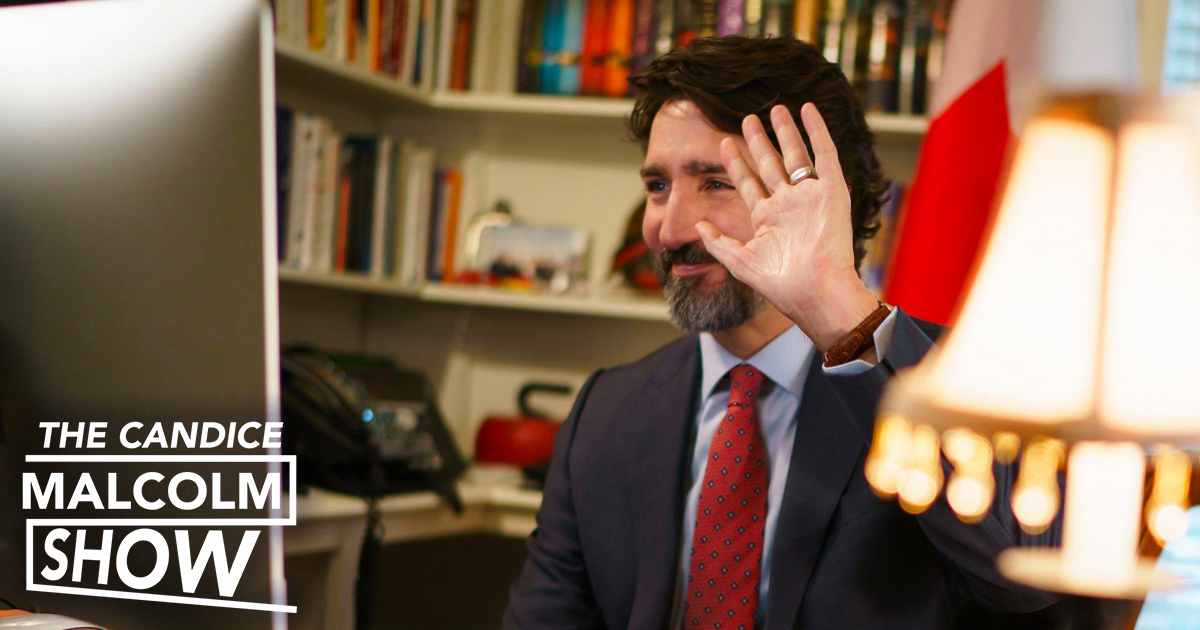