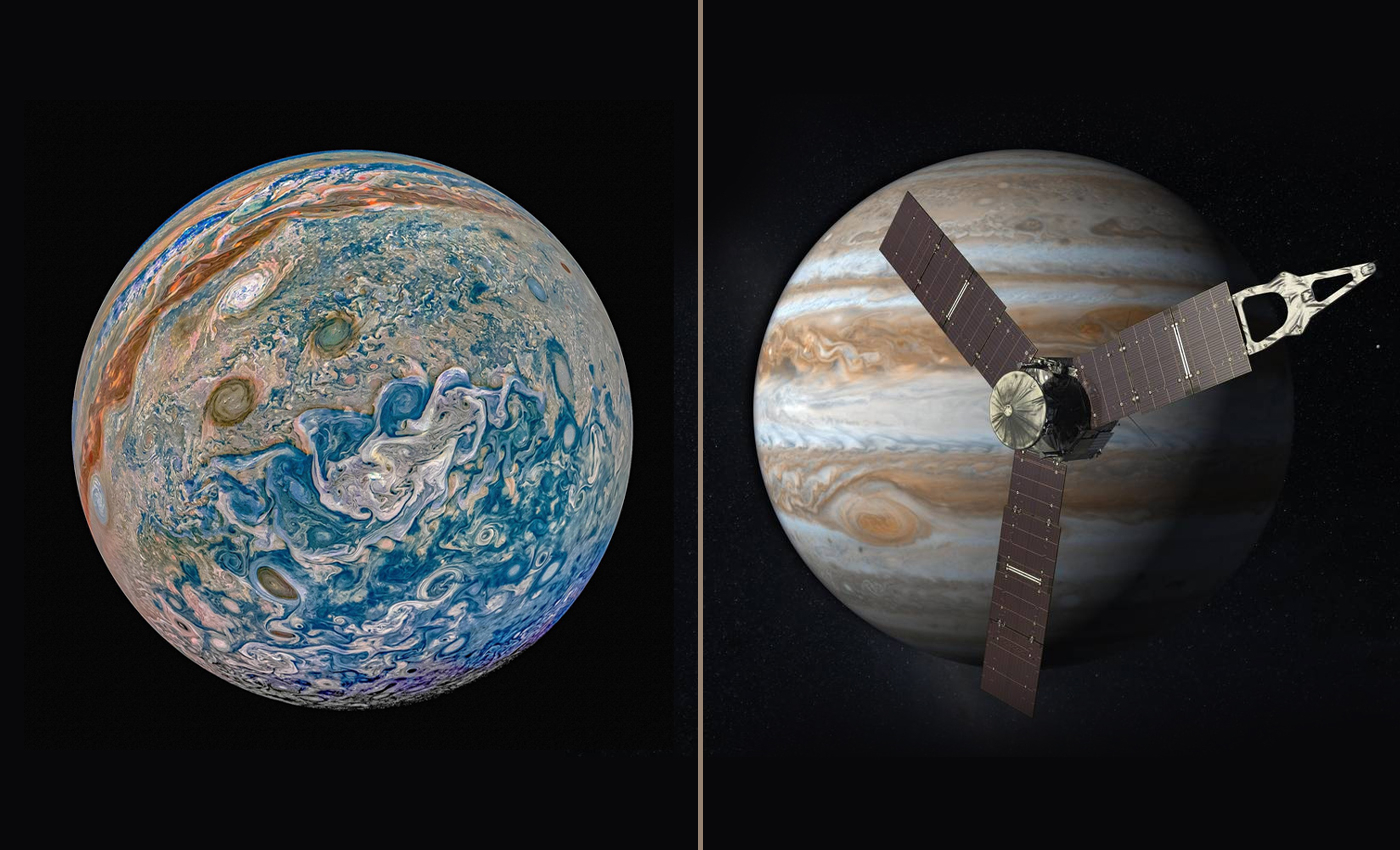 The NASA images of Jupiter NASA are authentic. A few of the images are in processed form from citizen scientists.

On July 11, 2022, NASA released the first full-color image of the “deepest look into the cosmos” captured by NASA’s James Webb Space Telescope (JWST). An astronomical archive — the Mikulski Archive for Space Telescopes — released the image from the telescope’s commissioning period. Images of Jupiter and “spectra of several asteroids” were also captured to test the telescope’s instruments before operations officially began on July 12.

A Facebook user recently posted a video that has gone viral, claiming that NASA’s images of Jupiter are computer generated. In the video, the user questions the clarity of the images and compares them to Jupiter images recorded over the years, saying all are fake.

On its Mission Juno website, NASA has a section for image processing, where individuals can download the raw data and, with their imagination and creation, process the image and share it with NASA. According to the description, NASA would prefer “to see range from simply cropping an image to highlighting a particular atmospheric feature, as well as adding your own color enhancements, creating collages and adding advanced color reconstruction.”

The Jupiter image, claimed to be the clearest, was processed by citizen scientist Prateek Sarpal in December 2019. The raw image of Jupiter was captured by NASA’s Juno spacecraft on September 12, 2019, using the JunoCam instrument documented by NASA Jet Propulsion Laboratory (JPL).

The video in question shows other Jupiter images available on the NASA website, including all the raw and processed images. NASA’s Juno overview states that during the mission’s 35 orbits of Jupiter, “Juno collected more than three terabits of science data and provided dazzling views of Jupiter and its satellites, all processed by citizen scientists with NASA’s first-ever camera dedicated to public outreach.”

The speaker in the viral video goes on to refer to another image of Jupiter. JunoCam captured it when the Juno spacecraft was about “44,000 miles (71,000 kilometers) above Jupiter’s cloud tops, at a latitude of about 55 degrees south and 15 times closer than Ganymede, which orbits about 666,000 miles (1.1 million kilometers) away from Jupiter.” The image was color enhanced by citizen scientist Thomas Thomopoulos. NASA even records the raw image in the report published in April 2021.

Further, the video referred to the Juno spacecraft launched from Earth in August 2011 and “arrived at” Jupiter in July 2016. The exact image shown by the man in the viral video can be seen on the NASA website, which explains Juno’s mission, which is to investigate “the planet’s origins, interior structure, deep atmosphere, and magnetosphere.”

The next thing mentioned in the video is about the spacecraft rotating in orbit. NASA’s Juno Spacecraft and Instruments sections explain that “Juno uses a spinning, solar-powered spacecraft in a highly elliptical polar orbit that avoids most of Jupiter’s high radiation regions.” The spinning makes the spacecraft’s pointing extremely stable and easy to control.

The images of Jupiter by NASA’s JWST have also recorded astonishing images. Webb’s infrared gaze camera has captured Jupiter’s rings, and various moons are visible. These images show Webb’s ability to observe “the satellites and rings near bright solar system objects such as Jupiter, Saturn, and Mars.”

Many conspiracy theorists are trying to suggest that NASA’s images are computer generated, with many processed images are being questioned. However, there are documented details on every NASA image. Hence, we have marked this claim as false.