The Commandant of the Nigerian Police Academy, Wudil, Kano State, Abdurrahman Ahmad has been under fire over alleged marginalisation and subtly engaging in an Islamisation agenda.

Some staff members of the institution who spoke to SaharaReporters accused the Assistant Inspector General of Police of victimising personnel based on their religious faith.

Ahmed was said to have illegally transferred some Christian personnel out of the institution and replaced them with Muslims.

“Furtherance to the achievement of the mission and vision of his Islamisation agenda once reported by SaharaReporters, the Commandant, AIG Abdurrahman Ahmad, in a transfer signal dated 3rd August 2022 and signed by Christy Cookey (Mrs), the CP in charge of welfare transferred 21 personnel out of which, 16 are Christians and 5 Muslims,” a source told SaharaReporters.

“Note that the Muslims affected were tagged drunkards and were said to hardly practise Islam. He now replaced them with 14 personnel who are all Muslims, in a country where Federal Character Commission is supposed to always guide when posting personnel. 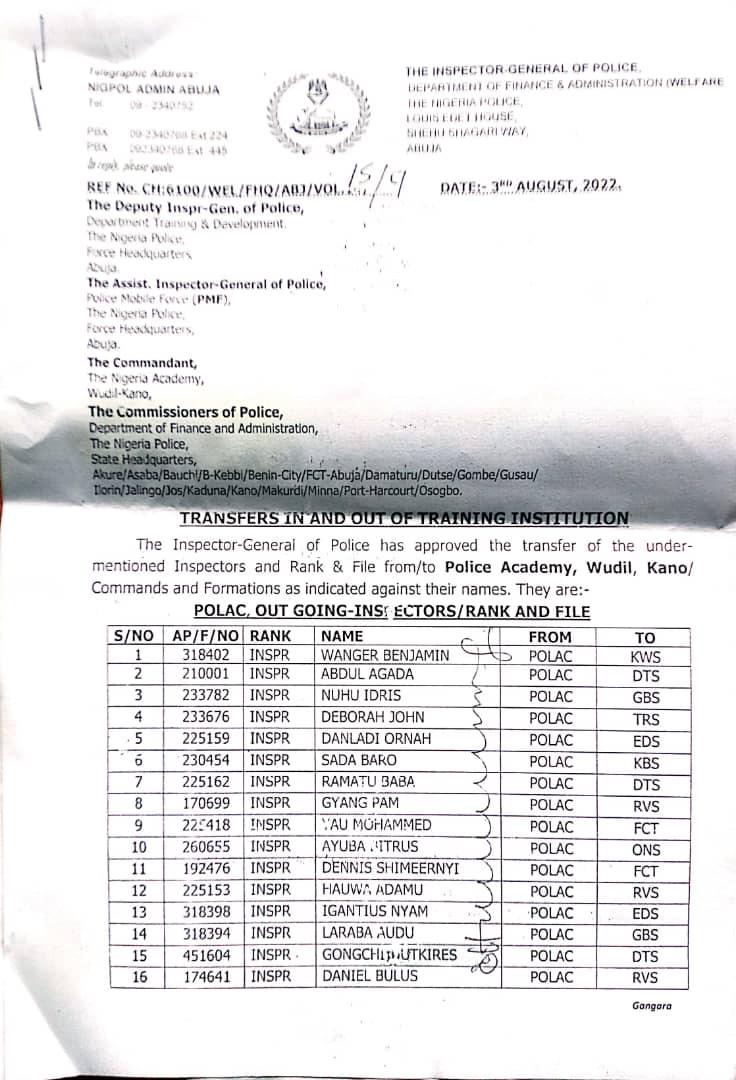 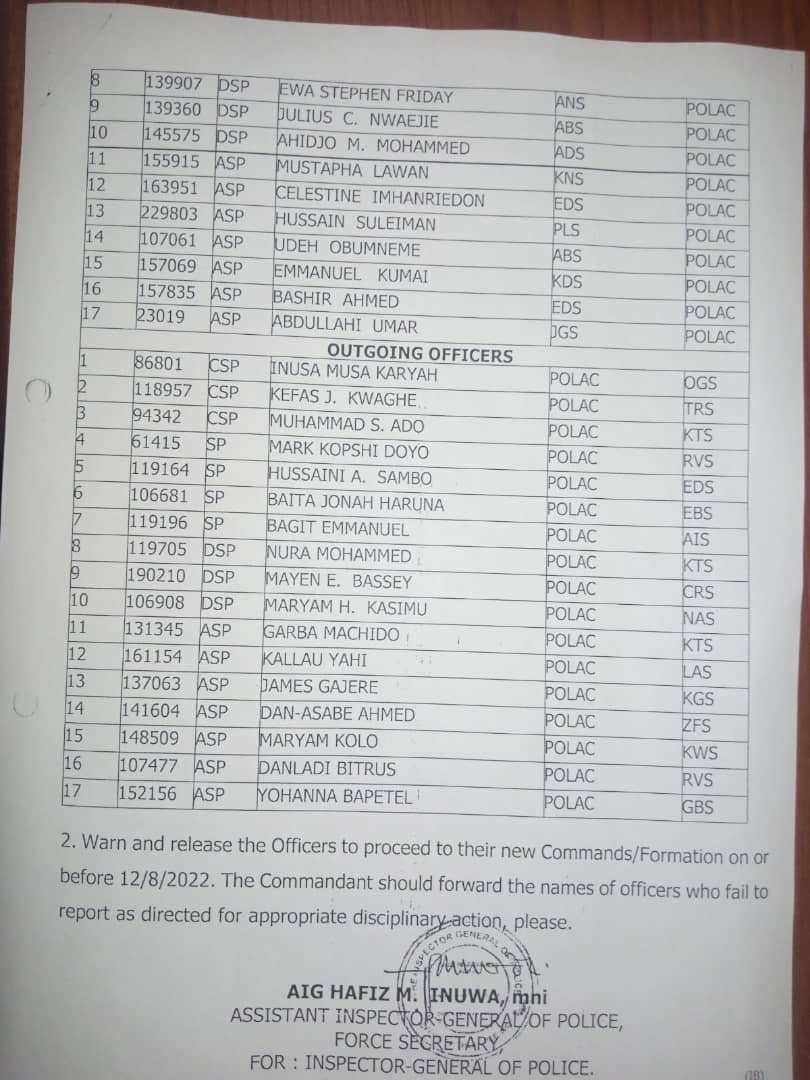 “This act clearly shows the handwriting on the wall as the mission to Islamise the Academy is almost 90 percent completed if nothing is done to avert the doom that will soon occur in Nigeria.”

A Muslim staff member of the institution also kicked against the action of the commandant.

“This is wrong, even though I’m a Muslim, I’m against his action. Unfortunately when this plan was published by SaharaReporters months ago, both the Nigeria Police Force and the Police Service Commission, that is the supervising body were mute,” he said.

“Now it’s getting out of hand as the Commandant always claims the IGP (Inspector-General of Police) is his personal friend as such he is justified and covered to run the Academy as his spirit leads him.

“He has even requested the transfer of some of the senior officers who always oppose some of his decisions that are not in the interest of the Academy. He is too bossy and assumes so much power that no one dares comment on any decision.”

A civilian staff member told SaharaReporters that most of the affected personnel were trained abroad using public funds through the TETFUND (Tertiary Education Trust Fund) and were transferring knowledge to the cadets.

“With their training abroad and everything, they are being replaced with secondary school leavers who lack what it takes to lecture cadets. Is the Academy going forward or backwards?” he asked.