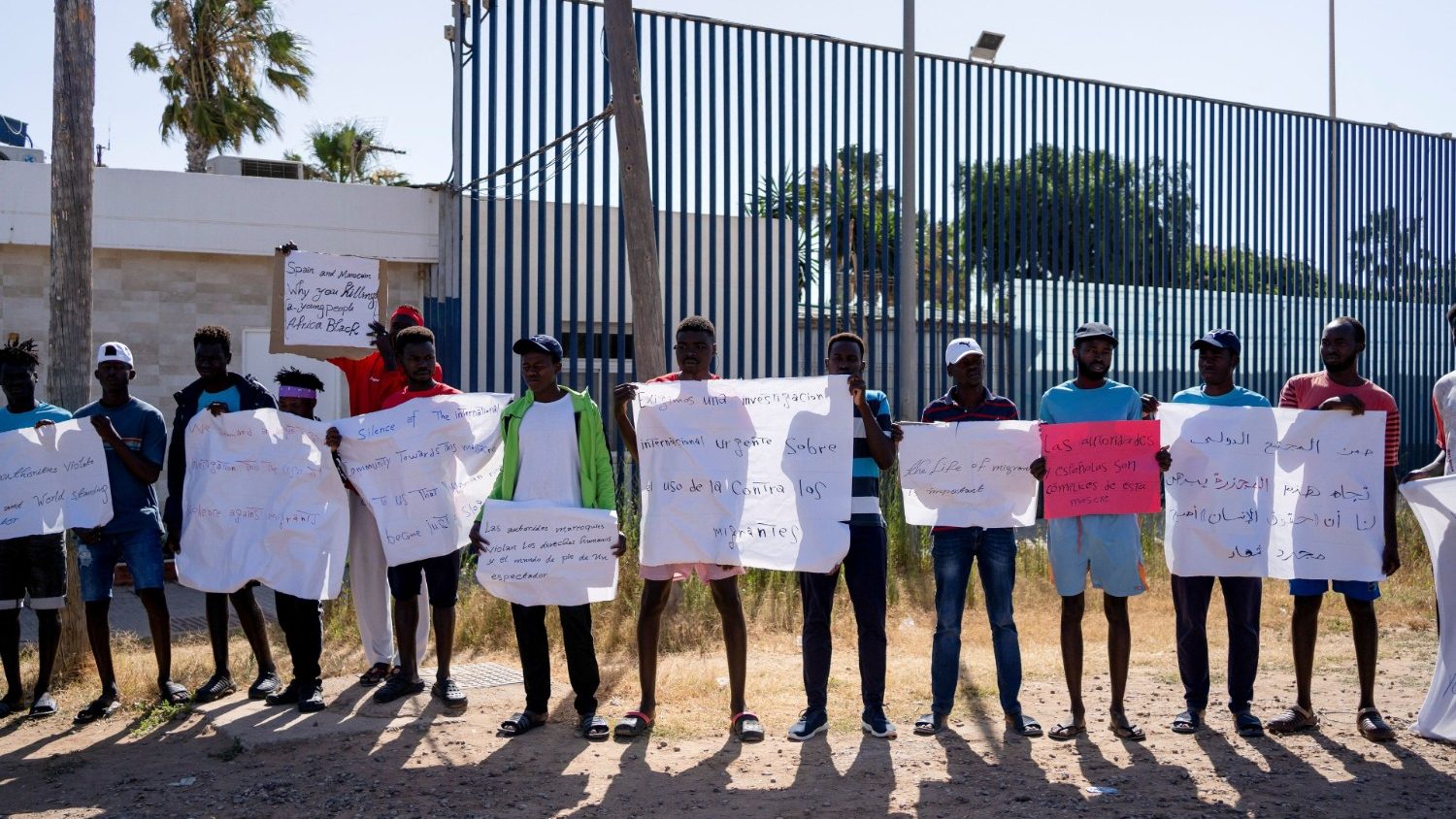 The Bishops of the EU express sorrow over the deaths of at least 23 persons during a border crossing attempt between Morocco and Spain, and call for the respect of the human dignity and fundamental rights of migrants and asylum seekers.

The Commission of the Bishops’ Conferences of the European Union (COMECE) has lamented the deaths of dozens of migrants and asylum seekers near Nador, Morocco, as they tried to cross the fence into the Spanish city of Melilla, as well as the deaths of two policemen.

Reports say that between 1500 and 2000 migrants stormed the heavily fortified border between the Moroccan region of Nador and the Spanish enclave on Friday, in hopes of crossing into Spanish territory. In the chaos that ensued, not less than 23 people died and dozens of others were injured.

Melilla and Ceuta, Spain’s other tiny north African enclave, are the European Union’s only land borders with Africa, making them a potential gateway into Europe for sub-Saharan migrants and refugees. This crossing attempt is the worst such tragedy that the two enclaves have seen.

Prayers for the dead

In a statement issued on Monday and signed by COMECE General Secretary, Fr. Manuel Barrios Prieto, the bishops said are praying for the victims and for their families.

The EU Bishops, however, did not fail to call for the identification of the victims and the return of the remains to their families, as well as for an “independent and trustworthy investigation of what happened in this tragic episode.”

Pope Francis has also prayed for the victims of Melilla as well as for a group of 46 migrants who were found dead in a truck in Texas, USA on Tuesday. In a tweet, he called for prayers for these our brothers and sisters “who died following their hope of a better life;” and for ourselves, that the Lord “might open our hearts so these misfortunes never happen again.”

The Spanish Bishops’ Conference calls for an investigation into clashes that left over 23 people dead at Spain’s North African enclave of Melilla, and asks for new migration …

Respect for dignity and rights of migrants

Friday’s border crossing attempt has sparked growing calls from Human Rights groups who are calling for an investigation into the deaths of the migrants and asylum seekers, in the wake of reports of the use of force in the “clash” between Moroccan police and the people trying to cross the border.

COMECE, in the statement, condemned “the use of violence by people trying to cross borders and calls for a proportionate use of force by law enforcement agents.”

The bishops also insisted on “the absolute respect of the human dignity and the fundamental rights of migrants and refugees,” as well as “the facilitation of appropriate screening of persons that are legitimate asylum seekers.”

The EU and its member states’ management of migration “cannot consist in giving a blank check to neighbouring countries that don’t respect the inalienable dignity of migrants and refugees,” said COMECE.

In a separate statement, the Spanish Bishops’ Conference also expressed their sorrow over the loss of lives at the border and called for the humanization and implementation of new migration policies that take into account the seriousness of the migratory pressure.

The Spanish Bishops insisted that migrants are not “invaders” but “human beings seeking to reach Europe, fleeing from wars and famine, aggravated by the consequences of the conflict in Ukraine, drought and upheavals caused by climate change.”