Ethereum (ETH) is set to crack US$6,800 and hit a new all-time high this year, according to Finder.com’s latest Ethereum Price Predictions report.

Technologist and futurist at Thomson Reuters, Joseph Raczynski, gave one of the most bullish projections for ETH’s end-of-year value expecting it to reach $8,000, with “the Merge” playing a large role in its spike.

“The Merge, an upgrade to Ethereum, should happen this summer. This could have an explosive effect on the token. People have been waiting for this for years. It should be far more secure, 99% more energy-efficient, and deflationary. If that isn’t the trifecta of potential, as a leading blockchain, I don’t know what would be.”

He’s not alone in his view, with 35% of panelists saying ETH’s deflationary mechanism will have the strongest positive impact on price following the Merge.

Meanwhile, 29% say ETH’s low energy consumption will have the strongest impact on price, and 16% ETH’s higher transactions per second.

He’s also part of the 31% of panelists who think ETH will experience a supply shock if no new newly minted Ether enters circulation between the Merge and Shanghai Upgrade.

“The Merge is one of the biggest and most important events in crypto’s history – and one with the capacity to deliver an almighty supply shock to the system,” Tan said. 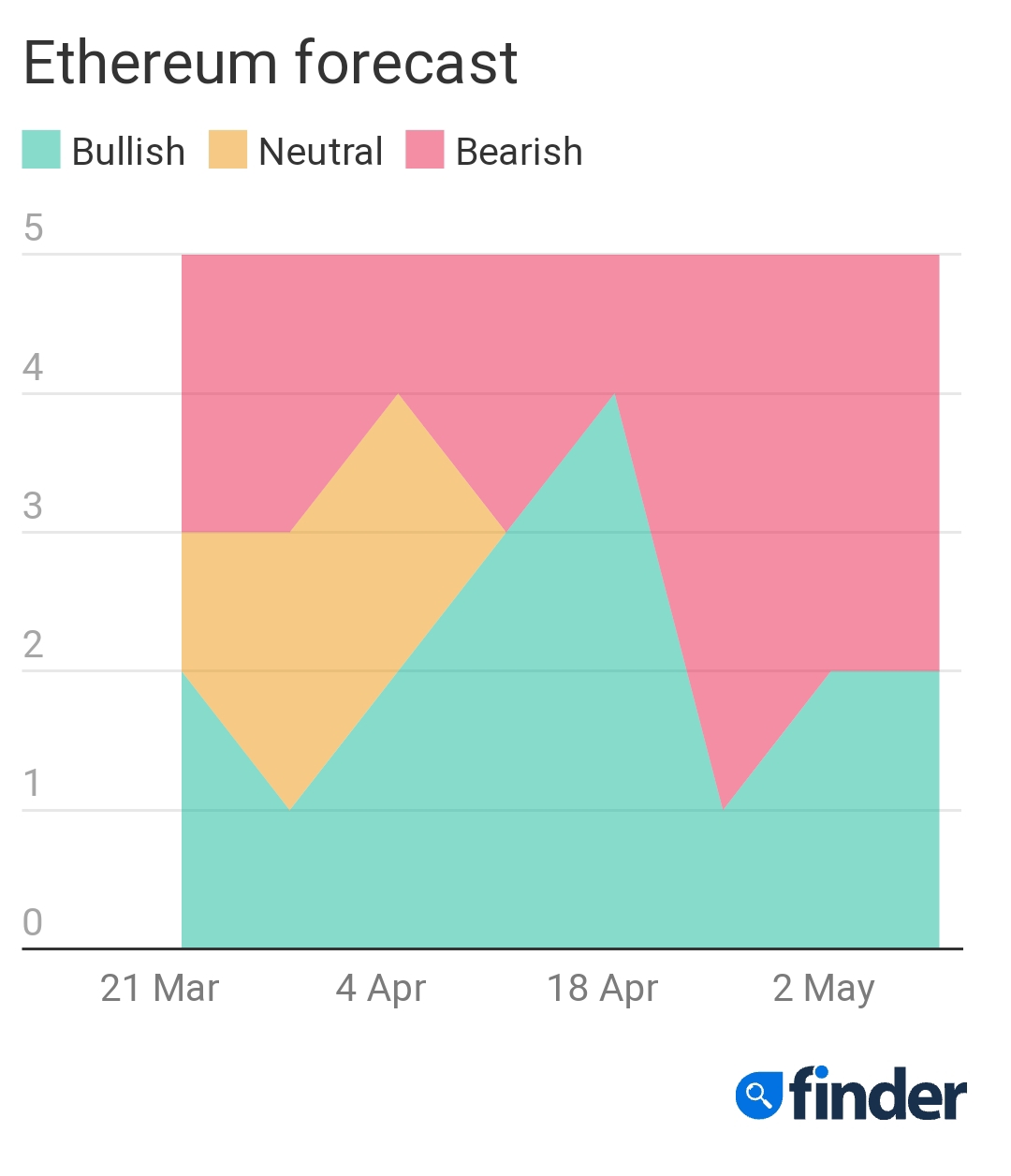 However, global cryptocurrency editor at Finder, Keegan Francis, says Ethereum is in a very uncertain place and thinks Ethereum will close 2022 at $5,000 and be worth $10,000 by 2030.

“Until Ethereum upgrades its systems and fulfills its promises to scale, I do not have long term confidence in the network. That being said, I still think people will buy the token out of hype/promise/potential. I don’t think ETH will be the #2 asset forever though.”

Professor of Finance at the University of Sussex, Carol Alexander, is bullish on ETH’s short term future, but expects ETH to be worth virtually nothing by the end of the decade.

“ETH will be more important as De-Fi grows, but eventually by the end of this decade will go the same way as all traditional blockchain native tokens as the new Internet of things technology develops – think IOTA tangle,” she said.