When talking about robots in the recent days, we are usually focusing on the robotic smart vacuum cleaners. But that’s only one small side of the much bigger fascinating budding part of the market. Robots of various utilities are certainly coming sooner or later and we can have a little taste of that already today. Because Elephant Robotics have just announced an upcoming Kickstarter launch of their very interesting roboBeats intelligent desktop robot companion. And that surely deserves a closer look.

So what exactly can we expect from roboBeats ? Simply speaking, it’s an interactive desktop robot, that also serves as a wireless Bluetooth speaker. Paired with such functionality it can dance and react to the musis on its own, or show expressions to match the energy of the individual song. The design itself is very cute and you will have on your table a real looking smal robot with moving dual arms and oval head serving as a screen display as well. The body and head are responsive to touch and the robot will reactt to it. Thanks to the silent brushless motor it even won’t disturb during its incredibly smooth movements.


More than meets the eye

And roboBeats comes with some extra perks as well. The screen display is not only for touch controls for the speaker, but also shows time and helps the robot with the expressions. And the robot is capable of so much more, because of its programmable hardware interface. You can connect it via USB Type-C cable to Arduino and program it in various ways. For example create new movements, new personality, customizing his behaviour and much more.

Cute roboBeats is an emotionally intelligent robot, who is moving and interacting with the world. He is aware of his surroundings and reacts to touching. Making him really feel like a true robotic being. And he is also capable of quite some unique autonomous movements, like dancing, saluting or eating. Maybe he can even surprise you with some Kung-Fu moves… 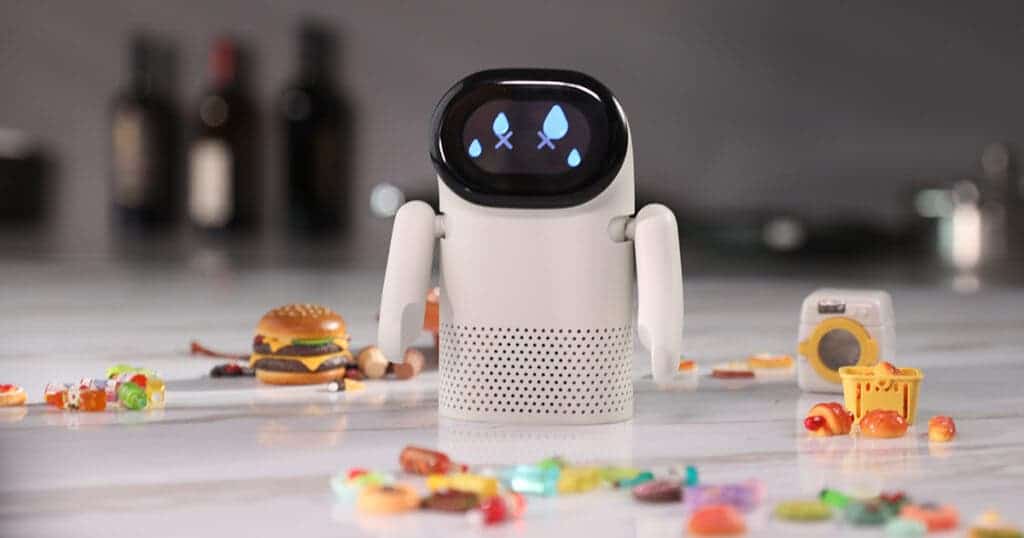 With roboBeats you will gain a friendly lighthearted companion for your desk, who can help you enter the world of end user robotics. It will be available soon on Kickstarter with special discounts and deals for early backers, so make sure to catch it in time. Would be a shame to miss such an enticing little robotic gadget.