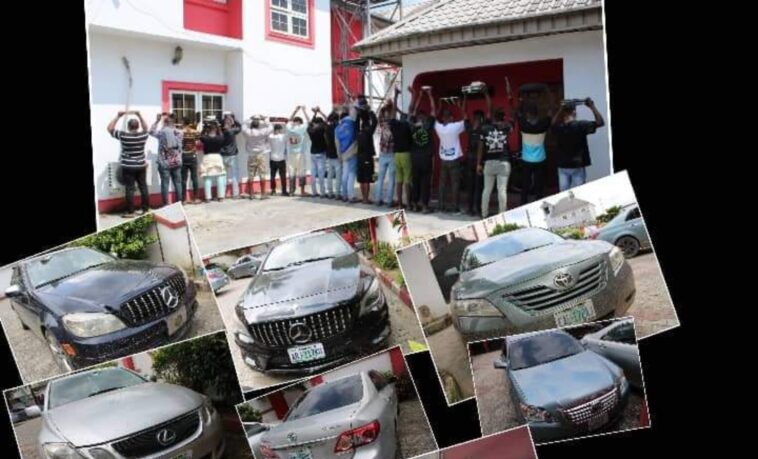 …Out of the 20, six are from Cross River State.

Another set of 20 Internet Fraudsters aka Yahoo Boys have been busted and arrested in Calabar, Cross River State capital.

THE PARADISE gathered that the 20 suspected Yahoo Boys were arrested by the Economic and Financial Crimes Commission, EFCC in a sting operation on Tuesday, November 2, 2021, at different locations in the Calabar metropolis.

The 20 suspected Internet Fraudsters were arrested at Parliamentary Extension, Ikot Ene-Obong at 8 Miles and Ekorinim Housing Extension all in Calabar Municipal Local Government Area of the State by the Uyo Zonal Command of the EFCC. 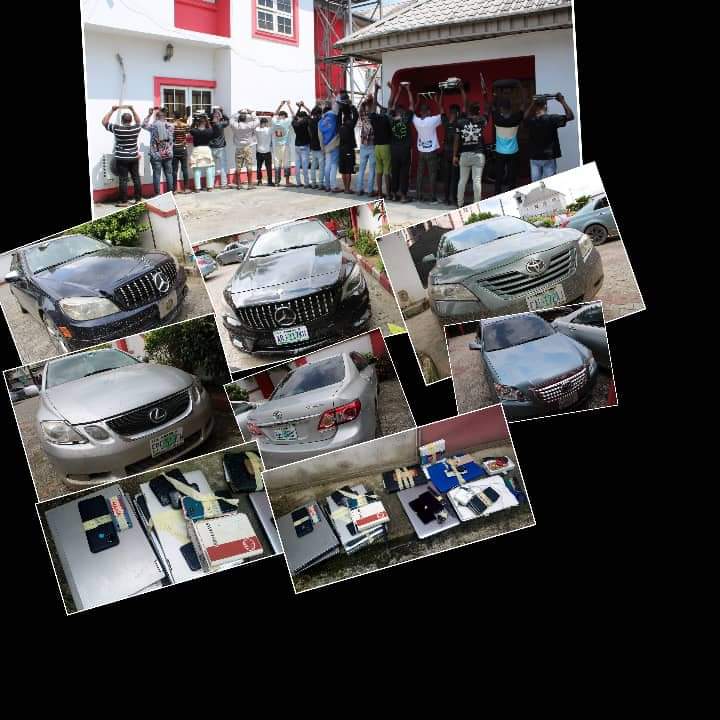 THE PARADISE further gathered that two Mercedes Benz C300, a Lexus 300 Saloon car, a Toyota Corolla Car and Two Toyota Camry cars (Spider). Over ten Laptops, several mobile phones and wristwatches were also recovered from them at the time of their arrest.

“The suspects will be charged to court as soon as the investigation is completed”, a statement from the EFCC said.